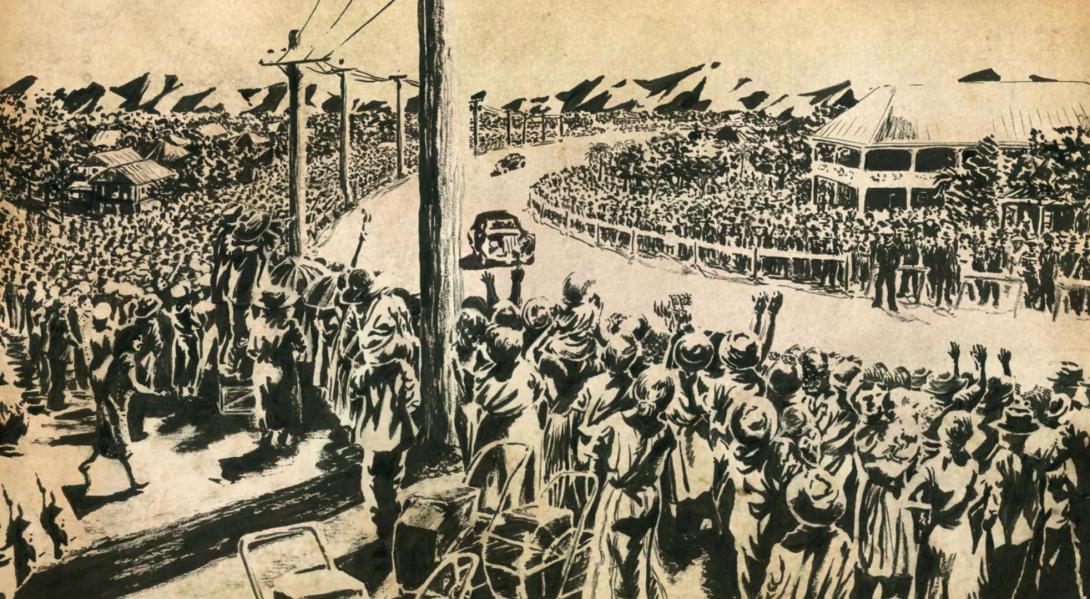 1954 was an important year for the growing northern Queensland town of Cairns. The town played host to the Royal Tour of the newly-crowned Queen Elizabeth II, the first and hitherto only visit by any reigning monarch to the 'northern capital' of Queensland. Amid great fanfare, a parade on 12 March through Cairns attracted an estimated crowd of 40 000 people, double the number of official residents. This was truly Cairns’ ‘Where were you when…’ moment — almost every family who lived in the Cairns region during this time has a special story about the day the Queen visited.

In addition to the official, visible participation of Torres Strait Islanders in the parade, there were many other, more personal, stories. One of these stories was of a young Torres Strait man, the son of a single mother and a national serviceman and mechanic. The day before the Queen’s visit, the officer received a special order and was whisked away to a top secret military base, unable even to tell his friends or family of his whereabouts. He was ordered to replace a driver from the Queen’s motorcade who has fallen ill.

The day of the motorcade arrives and without notice to anyone in his life, our young hero took his place at the wheel of the procession’s thirteenth vehicle — the only local in the Queen’s motorcade. He was soon recognised by the crowd and became an instant local celebrity. He kept an eye on the crowded streets and saw his childhood crush; suddenly his car stalled and they locked eyes. He quickly restarted his car, returning as normal to the motorcade. After the parade finished the two met up again and eventually went on to raise a family.

This story is an example of the many extraordinary personal histories held amongst Islanders of the Diaspora. Douglas Watkin, a Brisbane-based filmmaker with connections to Erub and Badu, has brought this story of his grandparents to life through an exciting graphic novel style animation that has been specially commissioned for the exhibition ‘Land, Sea and Sky: Contemporary Art of the Torres Strait Islands’. Working with resources from the Cairns Historical Society and the National Museum of Australia, Watkin has recreated the grandeur of the occasion and captures a sense of the surreal, as the course of this unassuming man’s life is changed forever in one fateful day.