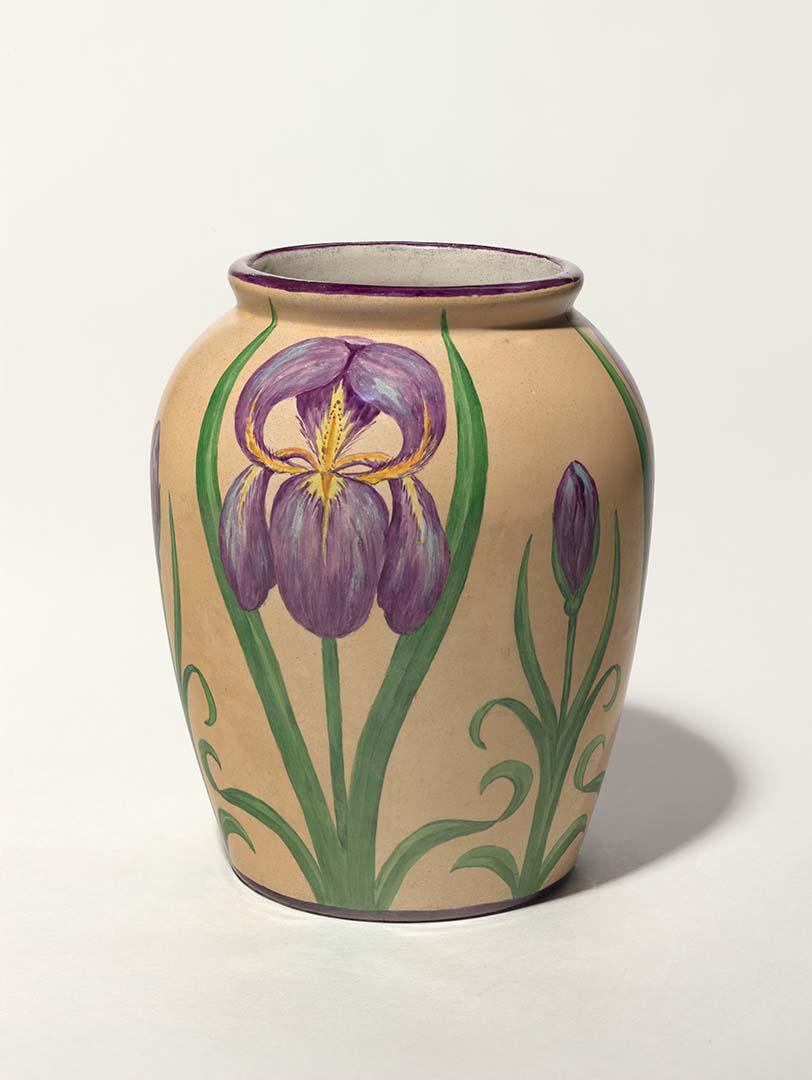 Balmoral Pottery was active at Murrarie from about 1926. The founder, Mr Pogson, was in poor health and it was taken over by Stones' Pottery in 1937 and transferred to Coorparoo. (Mr Pogson died the following year.) The produce of the pottery was decorative vases, jugs, etc. Blanks were purchased by Marjorie Close and her mother to decorate when the pottery was in production. Marjorie Close studied in Sydney and a small private school in New England before enrolling at the East Sydney Technical College at age 14 1/2 years and studied drawing, modelling and china painting under Mr Peach (see Acc. no. 1988.040a-b). She came to Brisbane with her mother in 1929 and assisted with a studio which her mother set up to teach drawing, painting, poker work and wood carving, etc. She also taught china painting and other crafts at Exton's Studio in Queen Street. She exhibited with the Arts and Crafts Society of Queensland c.1931-34 and the Royal Queensland Art Society in 1932. In 1932-34 she was employed by Exton's branch at Ruthven Street, Toowoomba, where she taught poker work and wood carving etc. She married Robert Hando in 1935 and went to live on a property outside Chinchilla. She kept up with her craft work for a time but the difficulty of obtaining materials and raising a family forced her to stop. During the war years they moved to Tara where she made camouflage nets for the army. In the early 1950s they moved to Eurangan (Harvey Bay) where Mrs Hando gave craft lessons from her studio in Freshwater Street. Later, for a period of about ten years, she also gave adult education classes in painting, resigning in 1964. Marjorie Close was one of the host of women actively involved with the arts and crafts movement in Queensland. The connection with a local industrial potter and a local decorator is of special interest. The iris motif, which still has a strong art nouveau flavour (as late as the 1930s), was taken from a plant in her garden. This work was the first example of china painting acquired for the collection. 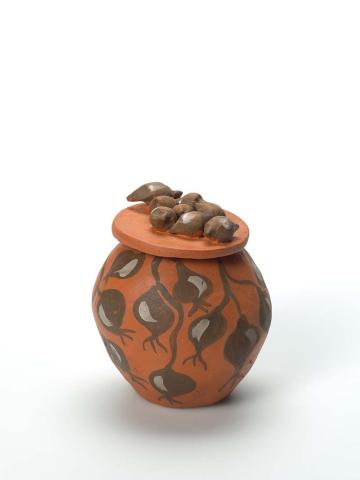 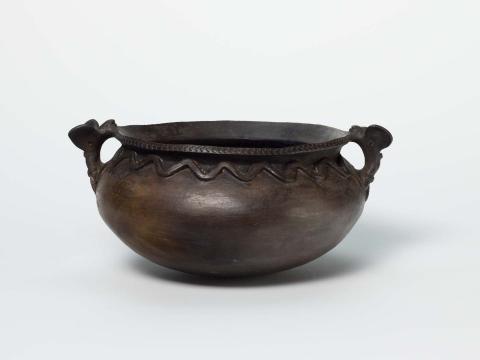 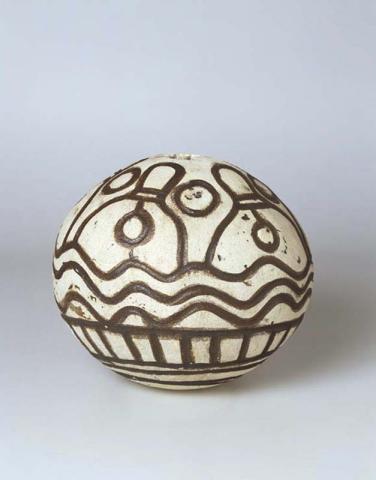 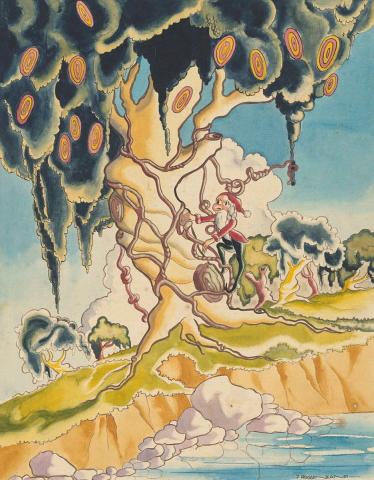 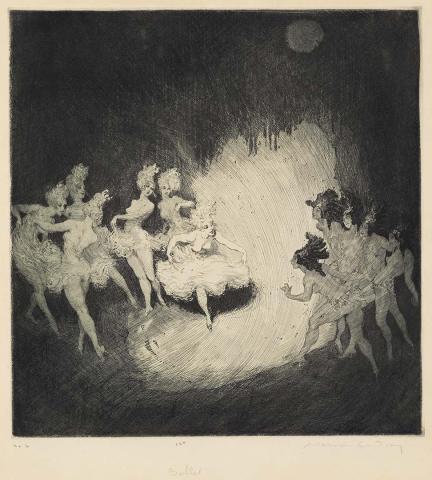 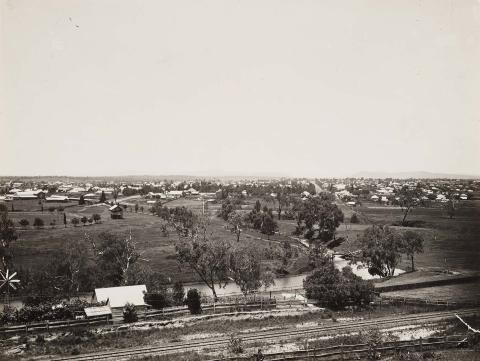