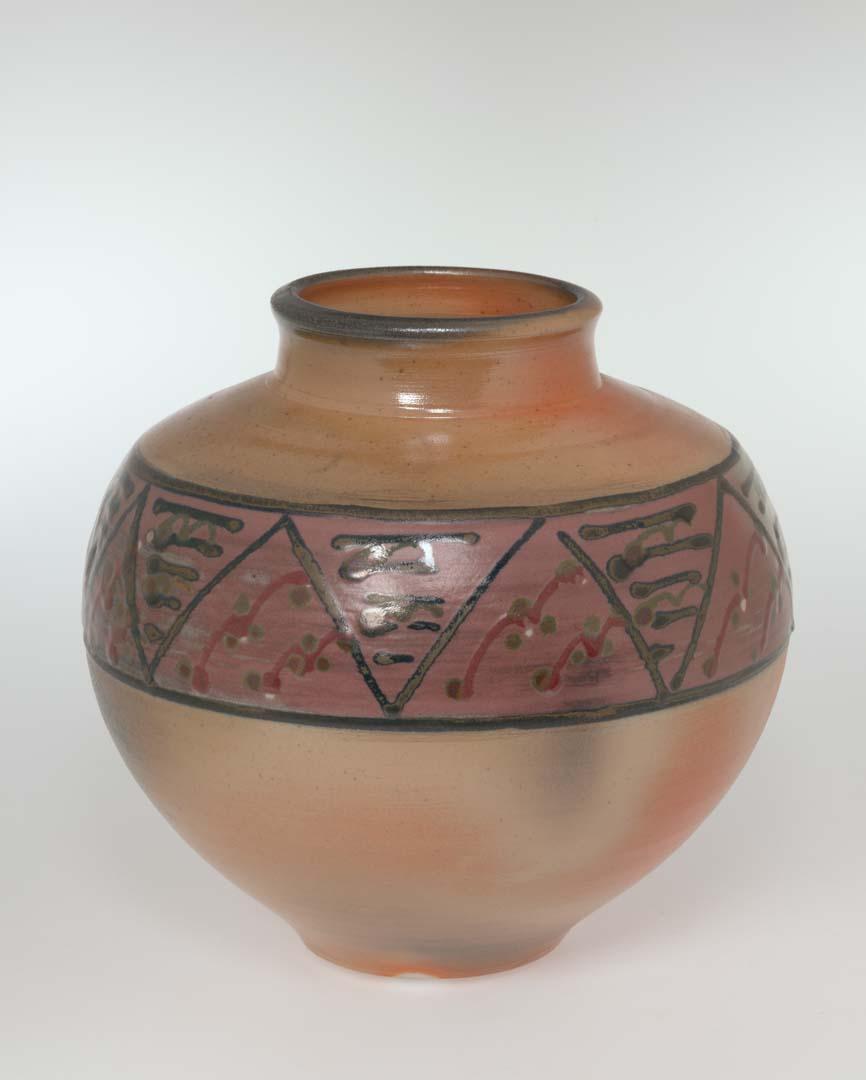 Johanna De Maine was born in Rotterdam, Holland and came to Australia with her parents at the age of six years. She began pottery in 1971, and after travelling extensively in Asia, studied Art and Design, majoring in Ceramics at the Nelson and Colne College in England in the years 1974-75. When she returned to Australia she set up a workshop at Calliopie, Queensland, 1976-77 where she worked until 1981 when, with the aid of a grant from the Crafts Board of the Australia Council, she relocated to Landsborough, establishing the De Maine Pottery. In the intervening years Johanna De Maine has had fourteen solo exhibitions, been included in numerous group exhibitions (including the major Salzbrand exhibition in Kolberg, West Germany in 1986, 1989 and 1992) and been awarded many prizes. During the early 1990s De Maine undertook a course of studies through the Gippsland School of Art, Monash University under Owen Rye when she specialized in a study of metallic lustre glazes. Subsequently she was the first student to complete Masters of Fine Art at the Queensland University of Technology, Kelvin Grove Campus. While working through the Gippsland School of Art De Maine began exploring the adaptation of decorative designs and motifs found in the work of the Austrian artist Gustav Klimt. This featured in her work which was shown first at the H Block Gallery as part of the requirements of her degree in 1996. She explains the influences in her work: 'I am Dutch by birth and emigrated to Australia at the age of 6. I grew up in a typical Dutch household whilst in Australia. At home my parents owned a Bellarmine jug and several other German salt glaze pieces and I was very influenced unconsciously by their presence in my daily life. When I left home I was very open to Asian influences as we travelled extensively in South East Asia and I have always admired the Eastern simplicity of form and decoration. 'Over the years I have noticed a curious combination of both the Eastern and Western influences surfacing in my work. As I regard myself as an Australian, this symbolizes for me the evolution of my pottery which, together with my environment, is truly Australasian.'(1) De Maine is more concerned with the exploration of what she defines as 'classic ceramic' styles. The tradition of the container is maintained, a fine sense of proportion is in evidence and she has made fluted decoration her distinctive style. This is usually incorporated with celadon glazes and gilt or salt glazes. She has been experimenting with light salting, which gives a range of apricot to orange tones on her pieces, combined with slip decoration. De Maine has established a substantial reputation since she established her first pottery in Queensland in 1976. She is, along with Arthur and Carol Posser, one of the major exponents of salt glazing in Queensland. Salt blushing, such as in this piece, is more open to colouristic effects than heavy salt firing. This is a unique piece created by the artist and bears the artist's mark as well as that of the pottery. 1. Artist's statement. 'Johanna De Maine'. The Potters Gallery, Brisbane, Oct. 1984. (Artist's file, QAG Library.) 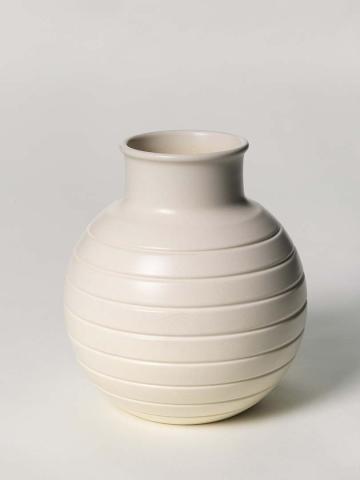 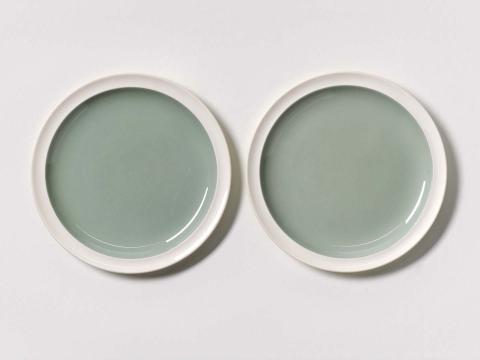 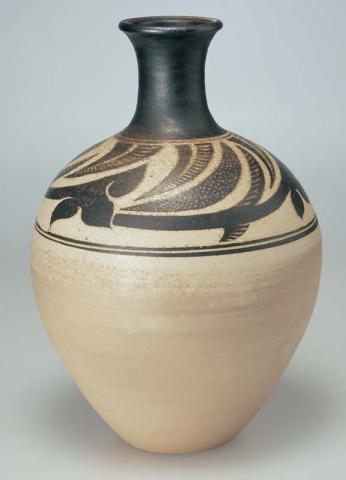 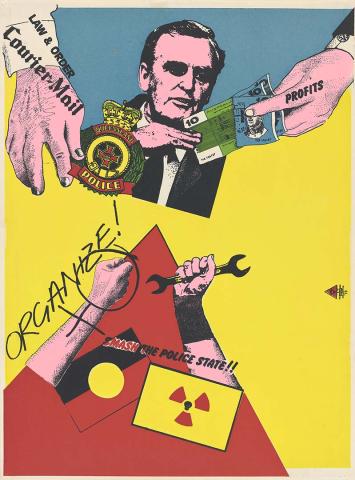 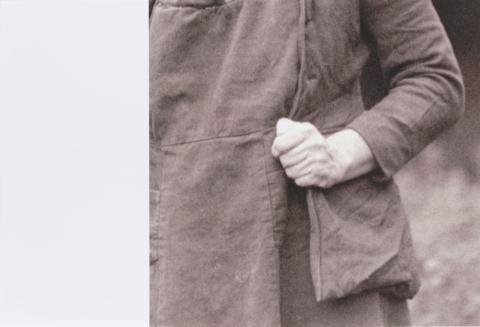 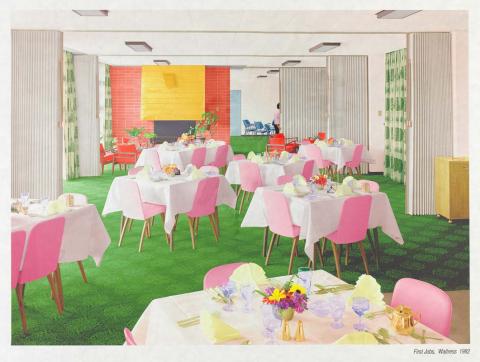