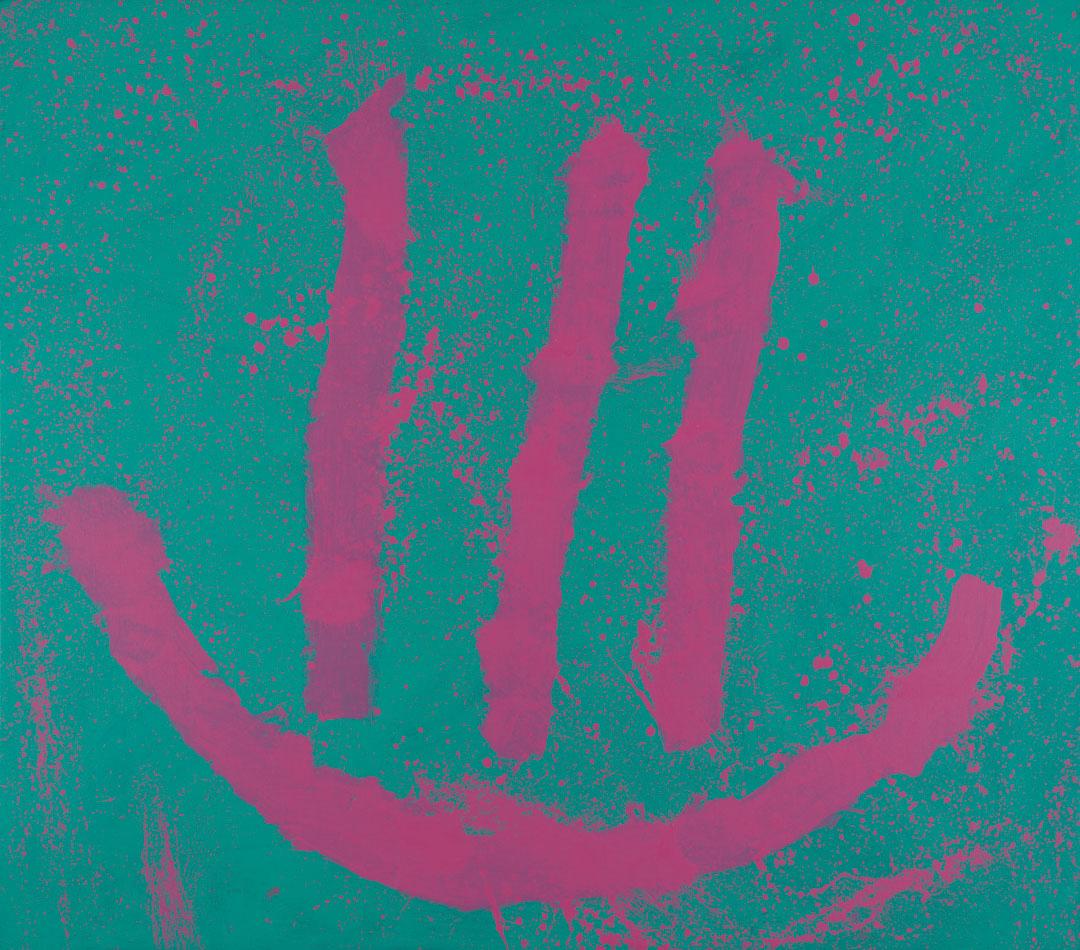 For biographical and background information see Acc. no. 1998.148 'Additional information'. This work, 'Lightning', along with a number of other works, evolved out of a series of workshops conducted by representatives from Campfire Group (an Aboriginal consultancy collective run out of Fire-Works Gallery, Brisbane) during July, August and September 1998. It is a radical departure from his more traditional style. The image of 'Lightning' which can be found, in small scale, within Jagamara's large more traditional canvases, has a looseness not apparent in the formal classical western desert canvases. The work is a large high-keyed painting, gestural and linear in style resembling, at first appearance, the work of the western abstract expressionists. However Jagamara does not belong to that lineage although his work will be received by Western audiences this way. Instead his works are steeped in Aboriginal cultural history and iconography. Like all Aboriginal imagery this work is multi-referential and whilst the energy lines in 'Lightning' convey the concept of lightning bolts it also refers to ancestral energy and power. It has also been noted recently that this imagery conincidently resembles the design for 'tall ships' belonging to Aboriginal groups from the Cape York area of northern Queensland. Margo Neale, Curator, Indigenous Australian Art, Jan. 1999. Note: The artist's language group is sometimes described as 'Warlpiri/Luritja'. There is no Luritja language as such, it is an Arrernte word meaning 'from somewhere else'. It is used by Western Desert Aborigines to describe a Creole, or hybrid version of a traditional language. 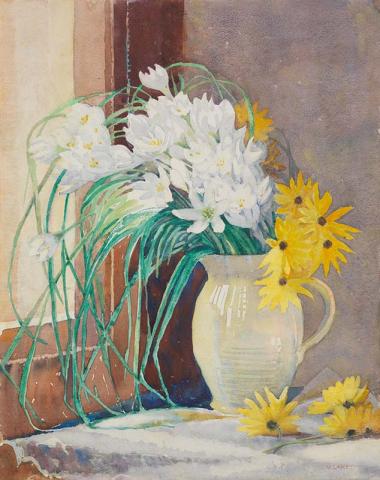 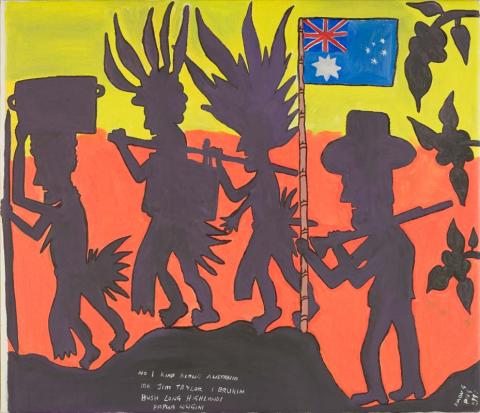 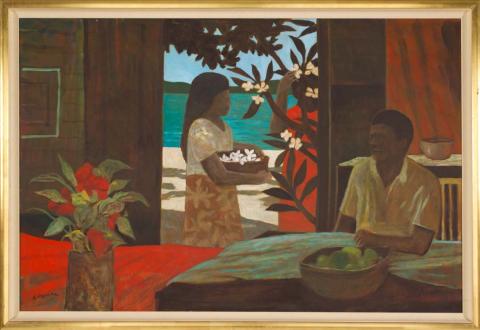 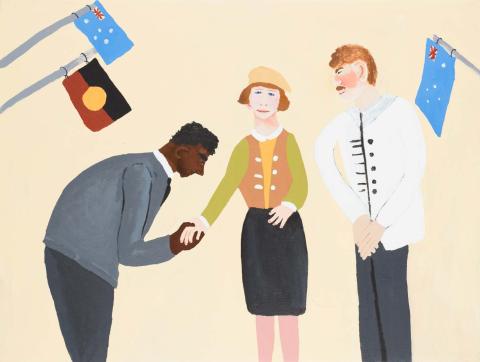 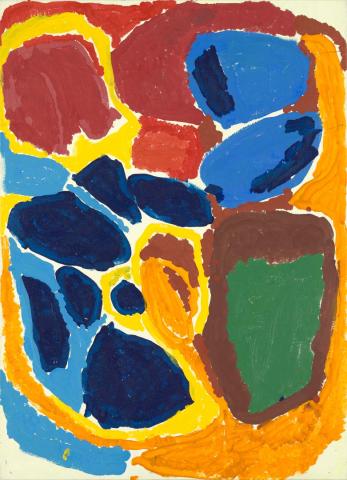 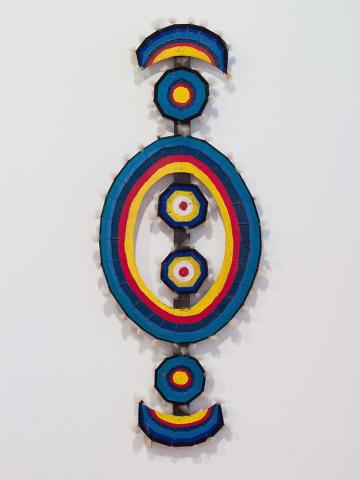