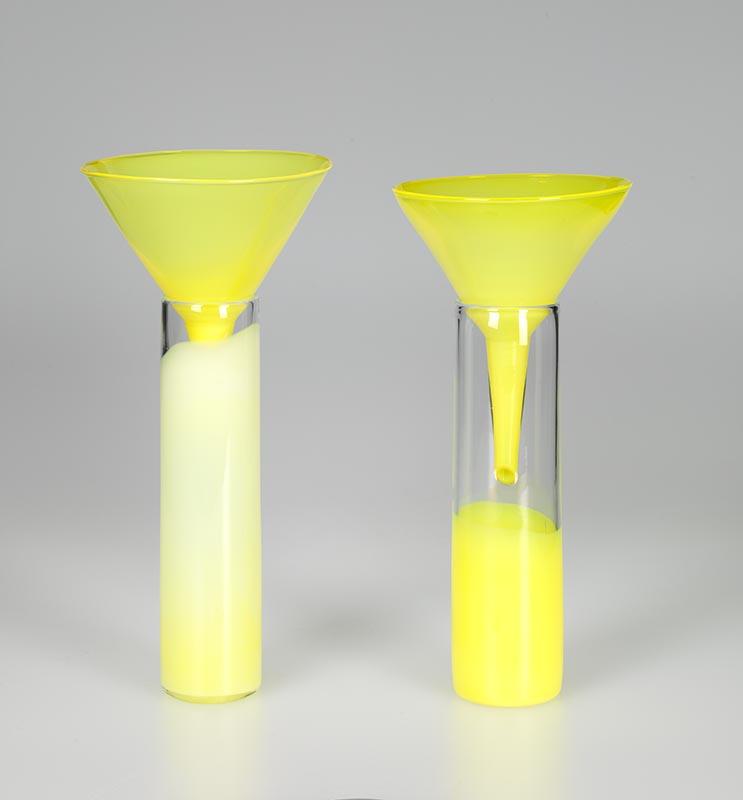 Nick Mount was born in Adelaide in 1952. He studied at the South Australian School of Art 1970-71 and subsequently at the Gippsland Institute of Advanced Education 1972-74 majoring in sculpture. He was awarded a grant from the Crafts Board of the Australia Council which enabled him to train under the American glassworkers Richard Marquis and Steve Smyers. For three months during this period he toured hot glass workshops in Europe and as a result became familiar with traditional Italian glass techniques latticinio, flashed colour and twist. He tutored at the Caulfield Institute of Technology in 1976 and March the following year built his first studio at Yinnai South, Gippsland. The 'One off' studio was, at that time, the first full time private hot glass studio in Australia. His first major one man show was at the Crafts Centre, South Yarra. Subsequently in October 1978, he established his studio at Budgeree. A further grant from the Crafts Board enabled him to research hot glass techniques in California between March to August 1980 working at the Hotmire Glass Studio, Berkeley with Richard Marquis, Judy Fine and Jack Wax. Mount remarks of this time: 'Although the equipment and techniques I use are based on the Italian style, the West Coast style probably influences me most. It's a high-tech, funk style which uses skilful manipulation of the medium, then pushes the concept a bit further into the medium of expression.' On his return to Australia he held an exhibition of the works produced in California at the Solander Gallery, Canberra. 'Cylinders and funnels' was included in this exhibition. Meredith Hinchcliffe describes this exhibition: 'This glassblower has taken funnels as a central theme for the exhibition. Funnels are essentially functional, and he feels glass is generally considered as a medium for functional objects. Certainly, objects which are functional are more likely to be acceptable to the marketplace. 'However, the funnels are certainly not made to be used: the ordinary has become sculptural. A feeling of modern technology adds new dimensions to the traditional funnel. 'The forms are simple and strong. Mount sees them as a reaction to the organic forms which have been associated with the development of non- functional glass in Australia. Clear bright colours are sandwiched between two layers of clear glass: red, orange, blue, lime green and yellow. The glass itself is of very high quality, made specifically for glass blowing. Several small pieces are inverted, and have faceted surfaces, others have cylindrical forms supporting them. The intensity of the colours supports the clean forms: they are not just pretty pieces.' 'Canberra Times', 20 Oct. 1980. Mount moved to Adelaide in 1984 establishing his third studio. He assisted in the formation of Ausglass, the national glass body and took part in the first conference in Sydney 1978. Until 1991, he lectured and demonstrated at each conference and was elected federal president in 1987. Mount exhibited widely to 1987 holding 12 one man shows and participated in 64 group shows including the National Museum of Modern Art, Kyoto (1981) and the Museum of Modern Art, Hokkaido (1985).

When celebrated French artist Marcel Duchamp (1887–1968) began presenting mass-produced, utilitarian objects – which he called ‘readymades’ – in a gallery setting, he disrupted the centuries-long… 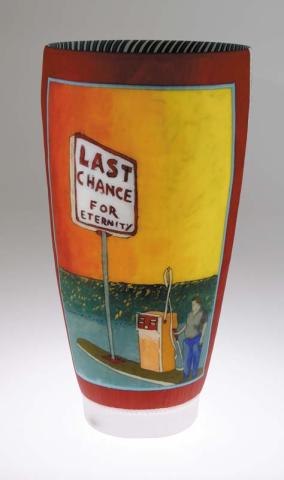 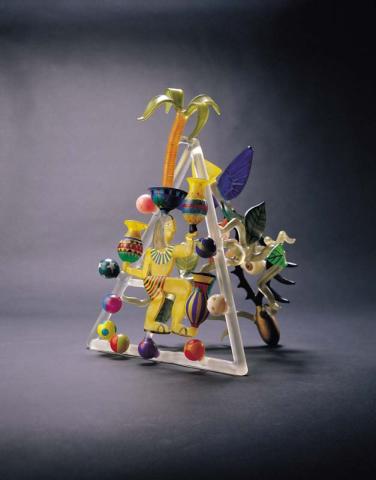 The history of juggling in Egyptian gardens 1988 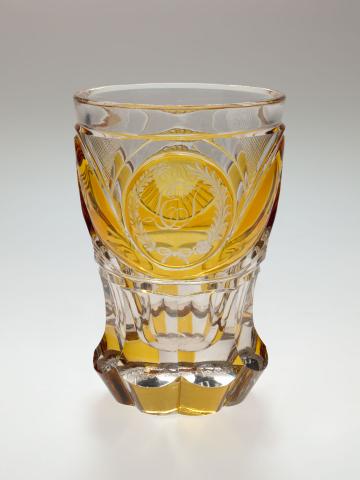 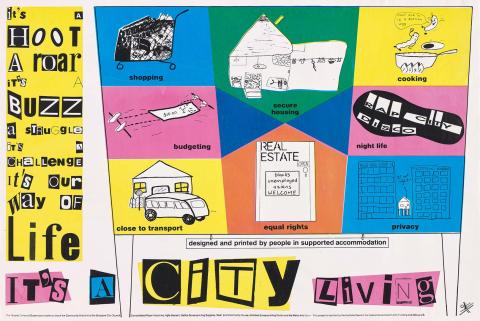 It's a city living (from Tenants' Union of Queensland project) 1989 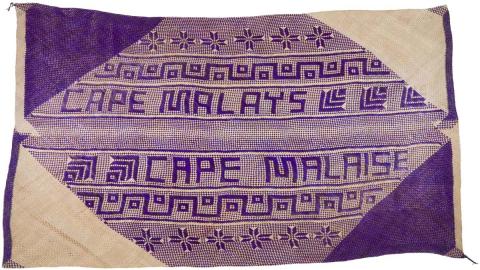