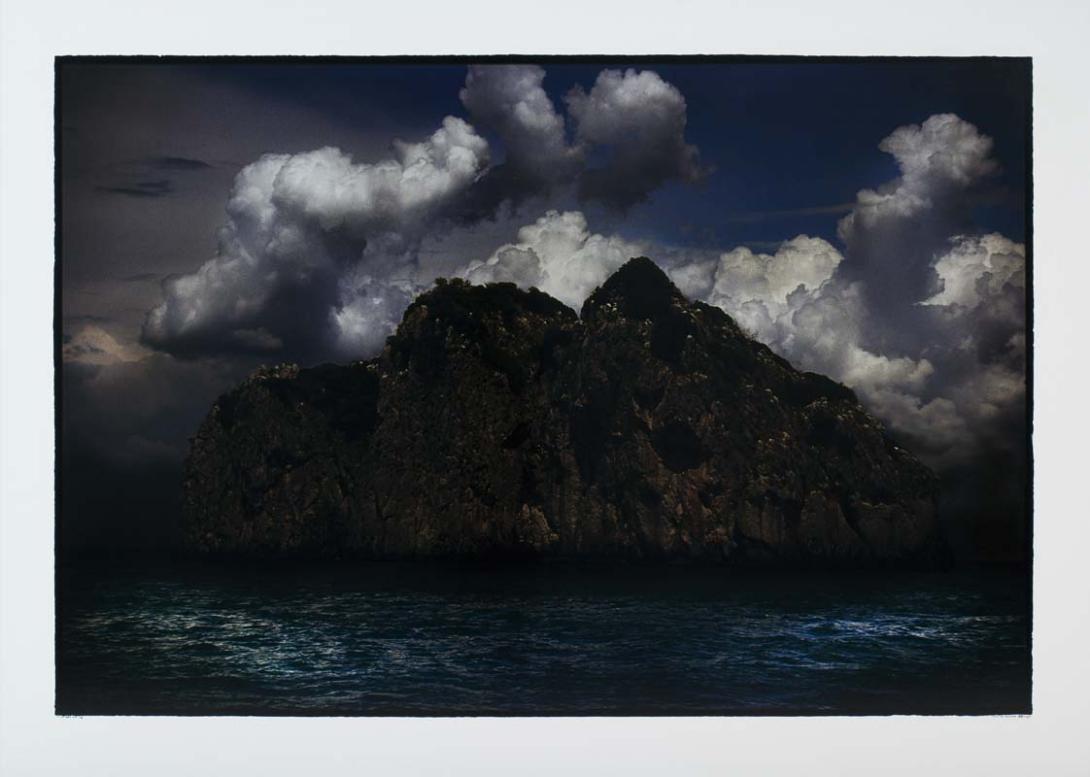 Bill Henson is one of Australia's most celebrated artists and holds a central position in contemporary Australian photography. For the past decade or more, he has presented exhibitions of diverse subjects in careful juxtapositions and combinations, including figures, classical statuary and ruins as well as land and seascapes. Henson's exhibitions are unified by a distinctive sensibility, using the drama of highlights against the darkness characteristic of baroque or romantic painting.

Henson is interested in the broad references of his subjects rather than their specificity. This deliberate ambiguity is in conflict with the expectation that a photograph represents a particular moment and place. While Untitled 2008-09 and the other photographs made at the same time were taken in Southern Italy, this island stands for all such islands and what they might represent to the viewer's imagination.

The composition is simple; the island is centred within the composition, its cleft echoed by the clouds behind, and the outer edges darken in reminiscence of a nineteenth-century vignette. The entire plane is filled with detail, and Henson has carefully picked out the light on clouds, rock and water so that the whole photograph is animated and filled with portent.