For biographical information see Acc. no. 2003.156 'Additional information'. For information on hollow log burial poles from Northern Arnhem Land see Acc. no. 2003.148. The generic name for Madarrpa clan memorial poles is dhanbarr and dhakandjali is the specific name for this type of burial pole. The remains of Djambawa Marawili's grandfathers are buried in a similar pole at Yilpara (Baniyala), where the artist lives and works. This pole is painted with a complex interplay of miny'tji (clan designs) which represent Baraltja, an area of Madarrpa clan lands behind Blue Mud Bay, and Mundukul, the lightning serpent that resides there. 'Dhanbarr (hollow log memorial pole)' was originally installed in the Gove Airport terminal at its opening in March 2005. Lightning is a powerful cyclical phenomenon which has long been celebrated in sacred songs that narrate the actions of ancestral creators. Yolngu scientific beliefs have chronicled lightning as an energy burst arising from the land, a theory only recently discovered by Western science as the precursor to downward lightning strikes. Essay by Diane Moon, Curator, Indigenous Fibre Art, Mar. 2006. 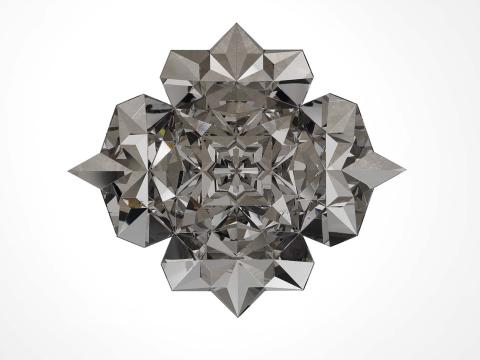 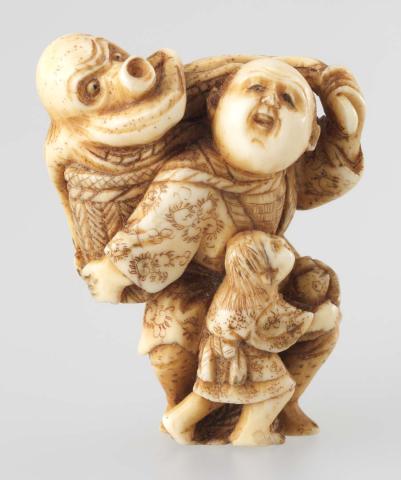 Netsuke: (fisherman with a large octopus emerging from a basket and child at his knee) 19th century 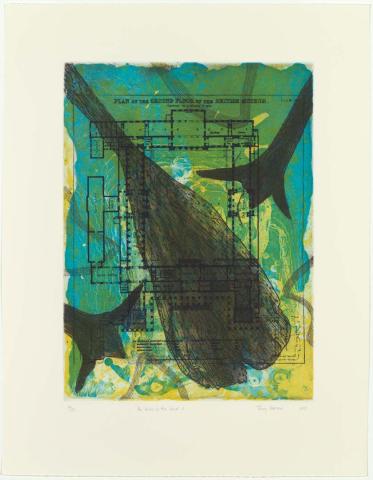 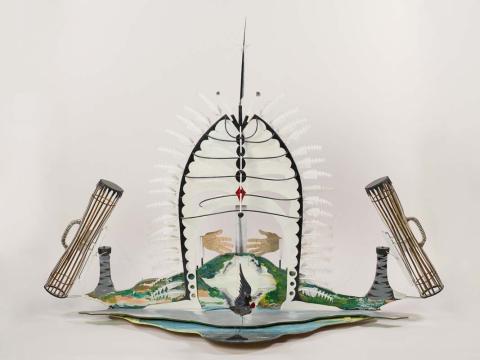 Symbol of the Torres Strait 2003