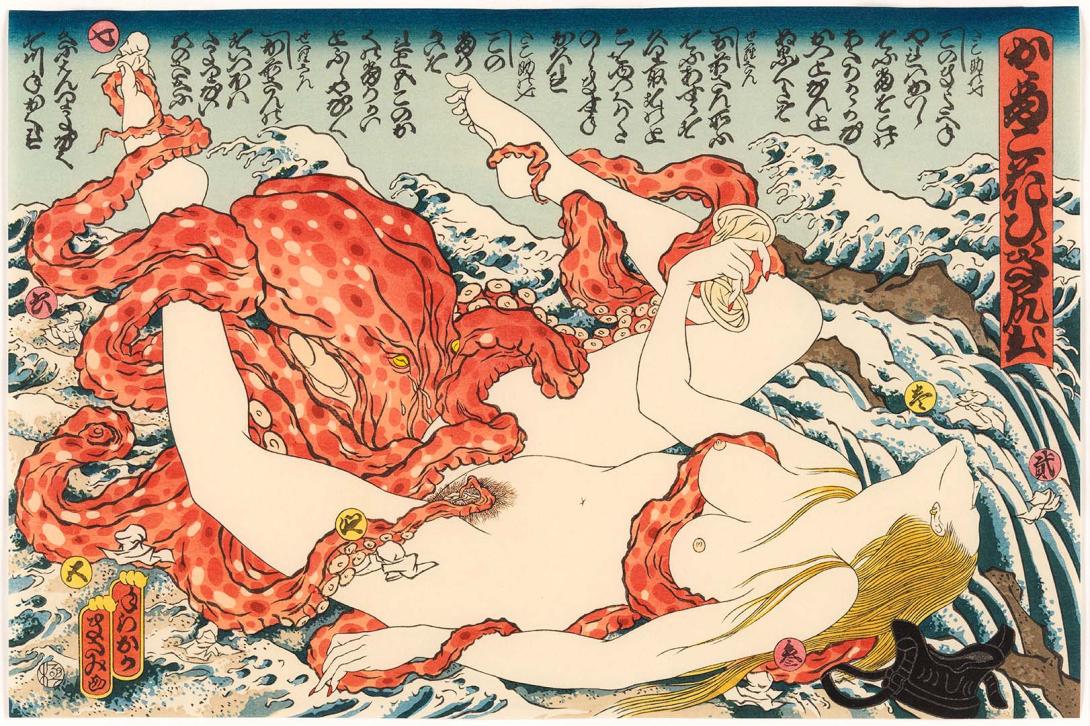 Masami Teraoka has a great love and concern for the sea. Since the 1980s many of his works have ardently referenced the power and awe of the ocean and its mythical creatures. The work Sarah and Octopus/Seventh Heaven continues the earlier Wave series of paintings that Teraoka produced in the mid-1980s. This group of works deals with erotic subject matter based on illustrations by Katsushika Hokusai (1760-1849) published in Kinoe no Komatsu (Young Pine Shoots) (1814). Writer Howard A Link confirms: 'Teraoka's preoccupation with sex stems from a deep-seated concern with male and female roles in human sexuality, a subject that was also of great interest to the Japanese from at least the Kamakura period (1185-1333).'(1)

The woodblock print Sarah and Octopus/Seventh Heaven depicts a woman wrapped in an octopus's tentacles. While the octopus ravishes Sarah tumultuous waves crash all around, and across the top of the composition Edo characters narrate the ecstatic scene.