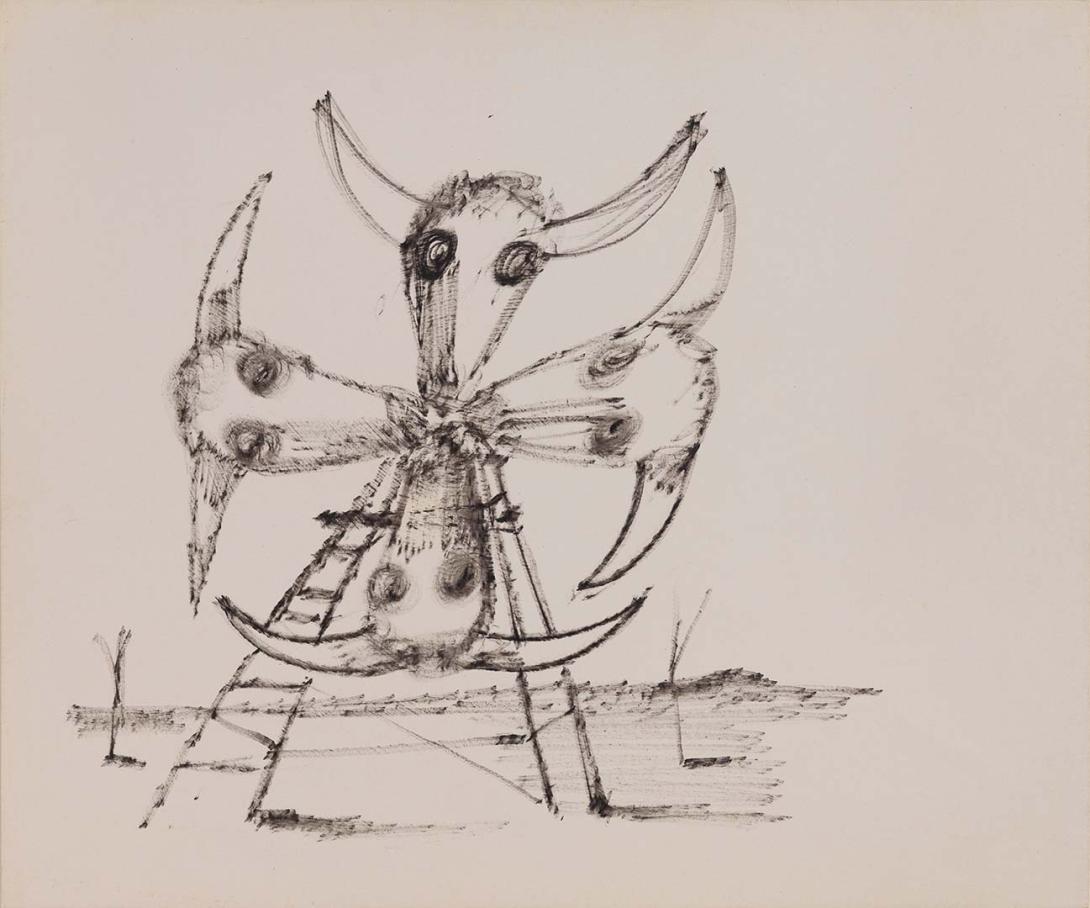 For biographical and background information see Acc. no. 1989.067 'Additional information'. For information on Sidney Nolan's series of works relating to drought see Acc. no. 1:1824 'Additional information'. See also Acc. nos 2003.181 and 2003.186 'Additional information'. There is a deliberate irony in Nolan's use of the word 'windmill' in the title of this work. There is no welcome with this windmill, the vanes of which are totally non-functional, being composed of the horned skulls of cattle. This windmill functions as a potent symbol of disaster, and emphasises the difficulty European people and animals have had in adapting to this land of 'droughts and flooding rains'. Windmills are widely distributed through the arid inland of Australia where they are used to draw water from underground reservoirs to sustain herds of cattle. Drought affects the distribution of water and the supply of food - the cattle eat out the grass and herbage around the water source. This phenomenon may be readily observed when flying over the country, as Nolan did in 1952. The indigenous animals of Australia can survive under extreme conditions of drought as they have adapted to the rigours of the climate over millennia. Not so cattle. 'Windmill in drought forms', like 'Carcase' (Acc. no. 2003.181), reflects the influence of surrealism, but here the sense of disturbance is created by the combination of unexpected elements. Essay by Glenn R. Cooke, Research Curator, Queensland Heritage, Feb. 2004. 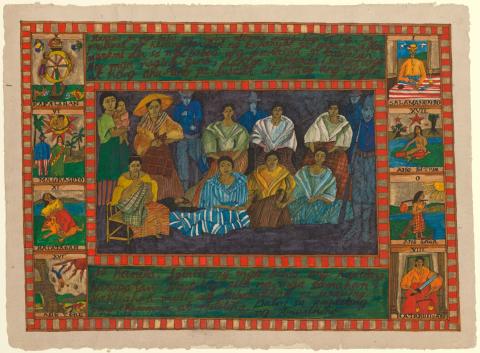 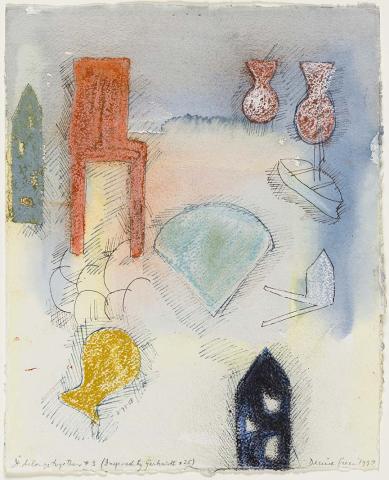 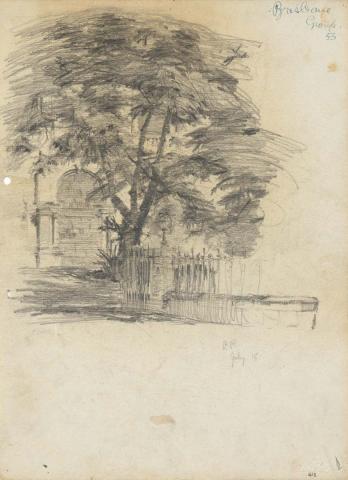 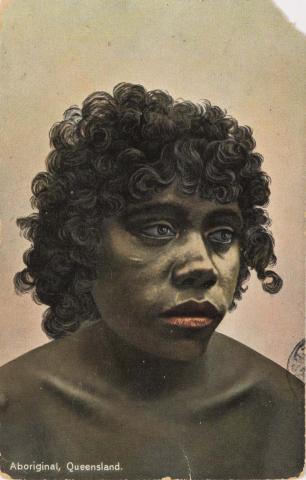 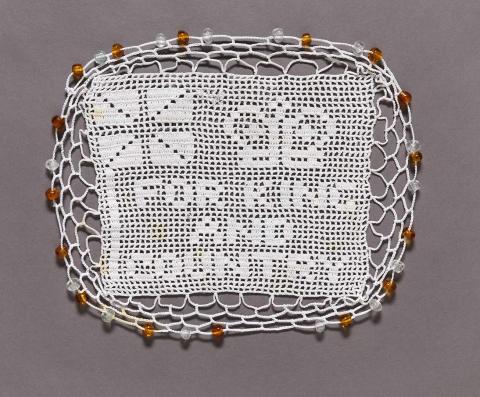 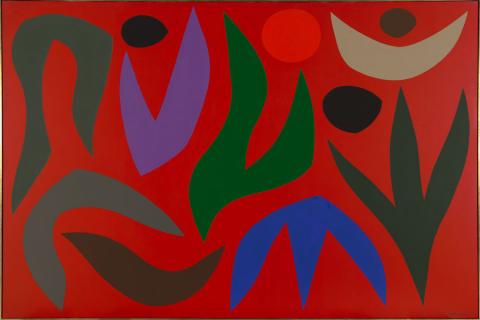