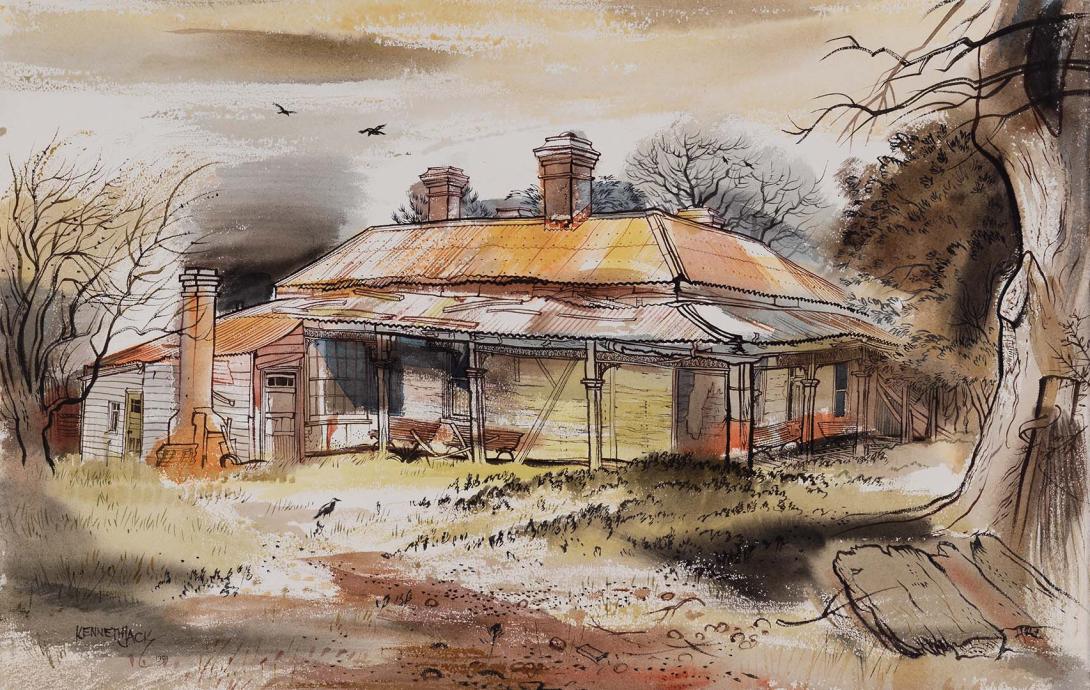 Kenneth Jack was born in suburban Melbourne on 5 October 1924. He drew constantly throughout his childhood, winning first prize at the Royal Melbourne Show when he was thirteen. He achieved the state's top marks for drawing in his final year at school in 1942 and immediately joined the RAAF to draw maps and do lettering. He was sent to the Pacific War zone in 1944 and over 18 months made 500 drawings of the landscape or of life on board ship or in camp. This collection of sketches and paintings was subsequently transferred to the archives of the Australian War Memorial, Canberra. In post-war Melbourne, Jack gained a teaching certificate and spent 20 years in the Victorian Education Department as an art teacher. His first solo exhibition was held in 1950 at the Bookshelf Library, Hobart, the same year he married Betty Dyer. A compulsive sketcher, he felt unfulfilled if he did not complete a drawing each morning and even made 40 drawings while on his honeymoon. In 1956 Kenneth Jack was appointed senior instructor of art at the Caulfield Institute of Technology, where he founded the printmaking and painting departments. After retiring in 1968 he made frequent trips around Australia in four-wheel-drives converted into mobile studios. On returning home he would transform his photographs and sketches into paintings, always standing to work no matter how small the picture. His preferred medium was watercolour and he was elected to the Royal Watercolour Society, London in 1977. In the last decades of his life his depictions of a bygone Australia, its ghost towns, abandoned mine workings and ruined outbuildings on the brink of returning to the land, began to receive considerable recognition as valid subjects for art. He was appointed an MBE in 1982 and received an AM in 1987. He died in Melbourne on 10 June 2006. Material prepared from the obituary in the 'Courier Mail', 22 July 2006, p.100, by Francis E. Parker, Curatorial Assistant, Australian Art to 1970, Jan. 2007. Note by artist 22 June 1961: 'The place is now deserted but is still full of the old furniture. Built about 1870. The walls are unusual for a farmhouse so large - wattle logs filled between with mud.' 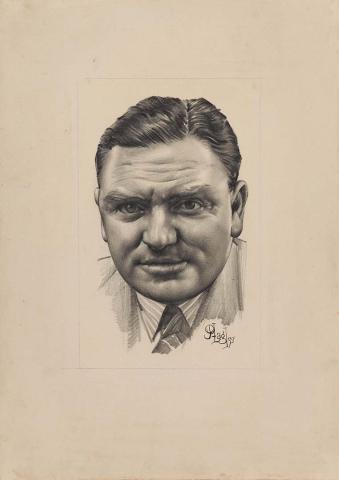 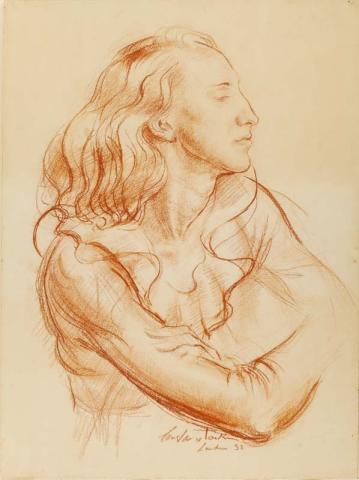 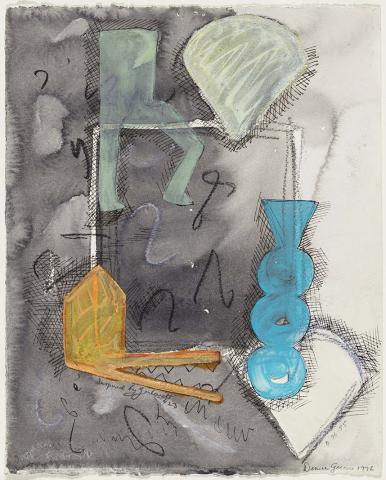 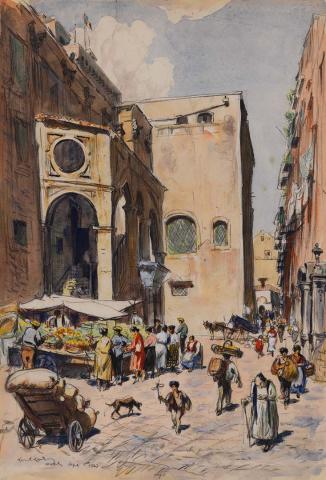 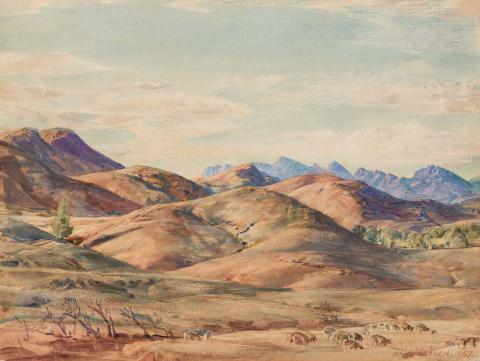 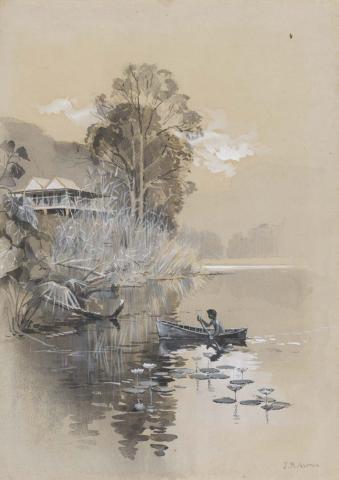