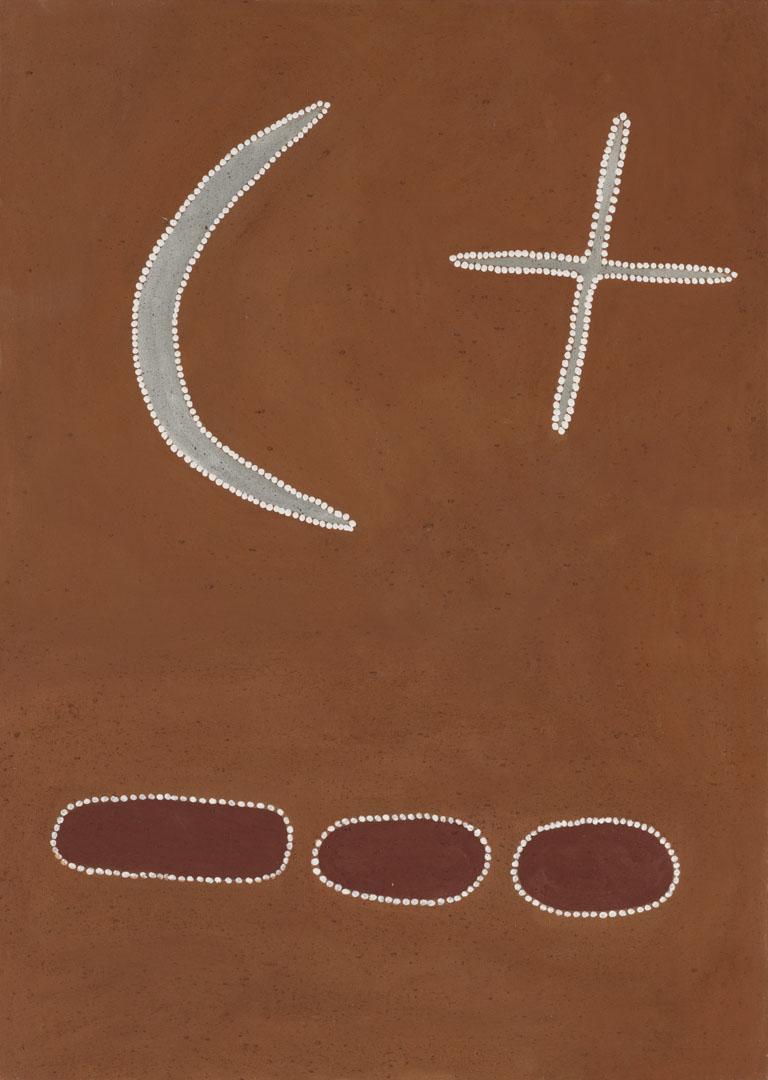 For biographical and background information see Acc. no. 2005.007 'Additional information'. The title of this work, 'Karrgin and Goolarbool Ngarrangkarni', translates as 'Moon and snake dreaming'. It is a dreaming story of her mother's country, Darragyn (Springvale Station). This story is particularly important because it keeps traditional law alive. Warmun Art Center provided the following information with regard to this Dreaming story: 'In the Ngarrangkarni (Dreaming) there was a young hunter whose skin name was Juwurru. One day Juwurru came back from hunting kangaroo. He had caught a big kangaroo and people from his mob had prepared a big fire pit to cook the Kangaroo. As Juwurru entered the camp he saw a girl with beautiful long black hair sitting with her mother. The girl's name was Darwool and Juwurru fell in love with her instantly. After the kangaroo was cooked and everyone had eaten, the old men of the camp called Juwurru over and said to him, "Juwurru you are now the right age for marriage, which one of these two promised nywana (young girls) would you like for your wife". Juwurru looked at both of the girls but he could not stop thinking about the woman with long black hair. He paused for a long time and then said "doyen doyen" (that one, that one) pointing towards Darwool. The old men shook their heads and said "no she's your mother-in-law, she is wrong way married for you, you must marry one of these promised girls, these nywana are Darwool's daughters". Again the elders asked him which one he wanted to marry and again he replied "doyen doyen". The elders were angry that Juwurru would not obey the laws of the mob. So they cast him out. Angrily he left and walked some distance to the top of a hill where he looked down upon the mob and cursed them. He said "You mob will all die, but I will come back alive", and he turned into the moon (Karrgin). As the moon comes back to life every month, this is a reminder to all Gija people to respect the rules of the right way of marriage. The two promised nywana (young girls) turned into wardul, the evening and morning stars. Darwool was cursed and became the black headed snake which roams through the country of Mabel's family'.(1) The moon shape in the top left of the painting is representative of Juwurru, the star shape immediately to its right represents the nywana and the three oval shapes at the base of the painting represent Goolarbool (the snake). The painting is the combination of two dreamings Karrgin (moon) and Goolarbool (snake) and the artist painted these two Ngarrangkarni together because geographically they are close. Essay by Sarah Bricknell, Documentation Assistant, Collection Support, Mar. 2003. 1. The dreaming story has been prepared from information on the Warmun Art Center website, viewed 13 Mar. 2003, < www.warmunart.com >. 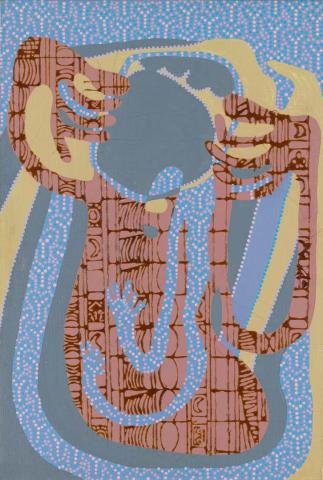 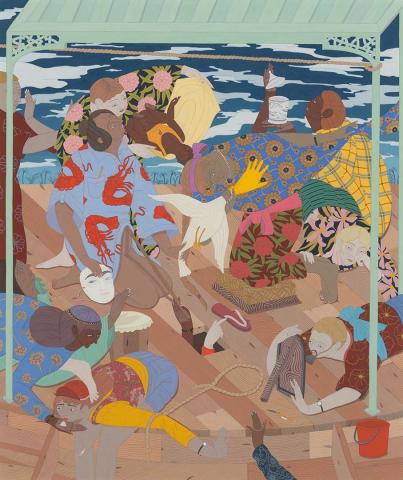 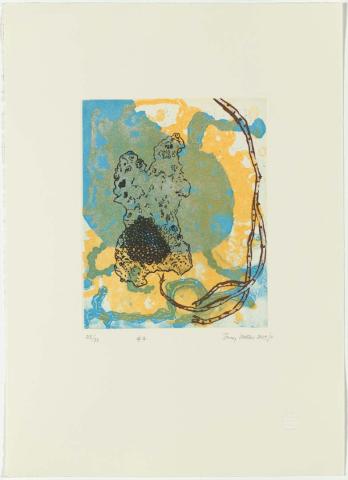 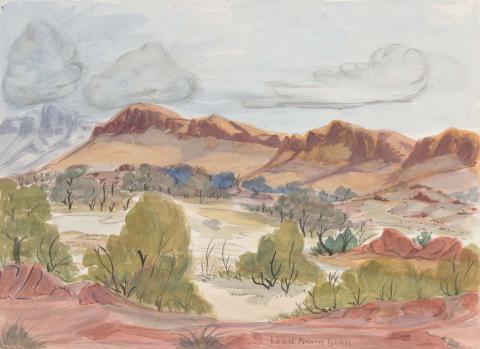