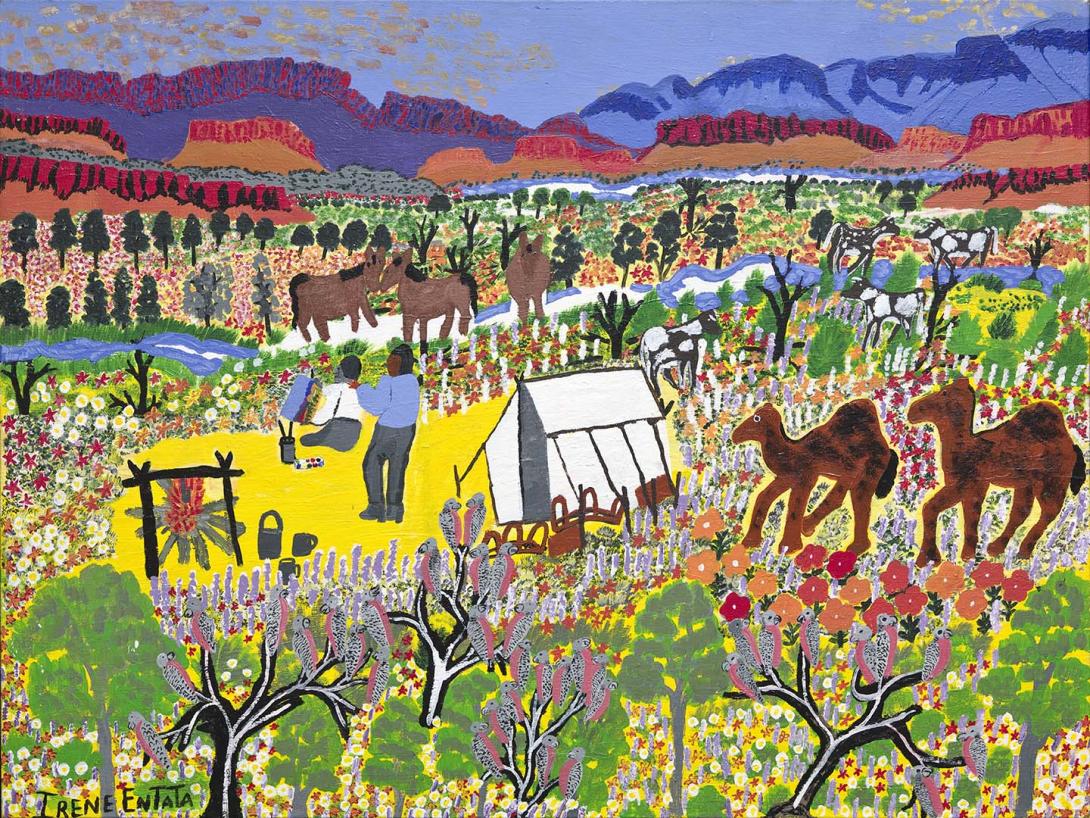 For biographical information see Acc. 2002.121a-b and 2019.183a-b 'Essay'. The particular appeal of Irene Entata's work is her naive depiction of her immediate environment. This is demonstrated in works in the Queensland Art Gallery Collection (see Acc. nos. 1996.176, 2002.121a-b, 2002.122a-b and 2003.067). In very recent times several of the Hermannsburg Potters have begun translating their images to canvas. The Gallery acquired paintings by Clara Inkamala, Rahel Ungwanaka, Lindy Rontji and Irene Entata from their first exhibition at Thornquest Gallery, Southport, in July, 2003. The artists depict aspects of their contemporary life but also important modern stories from their settlement. Within the context of the Hermannsburg School there could be no more significant story than Rex Battarbee teaching Albert Namatjira to paint in watercolour, thus inspiring the entire subsequent development of the so-called Hermannsburg School. Entata's painting depicts the early years in their long relationship, possibly from the time of Rex Battarbee's 1936 visit to Hermannsburg, with Albert Namatjira seated on the ground and Battarbee standing behind him giving instructions. The two men spent a great deal of time together when Namatjira's instruction in the European style of watercolour painting was at its most intense.(1) Enatata's painting also depicts two camels, which were probably used as pack animals and may also refer to Albert Namatjira's earlier profession as a camel driver. Essay by Glenn R. Cooke, Research Curator, Queensland Heritage, Sept. 2003. 1. French, Alison. 'Seeing the centre: Albert Namatjira 1902-1959'. National Gallery of Australia, Canberra, 2002, pp.8-9. 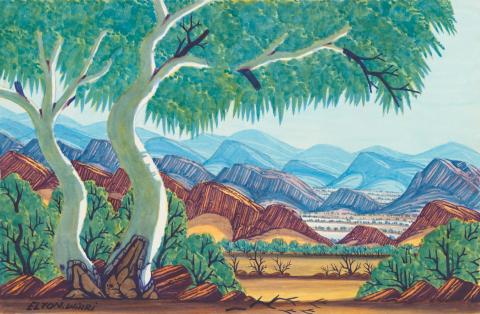 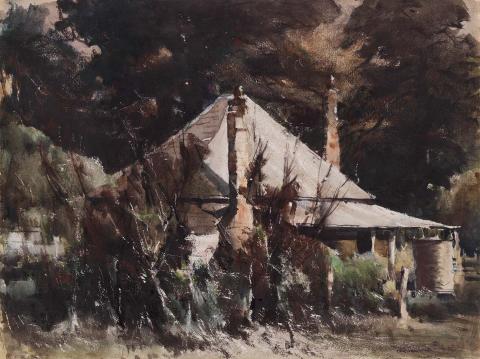 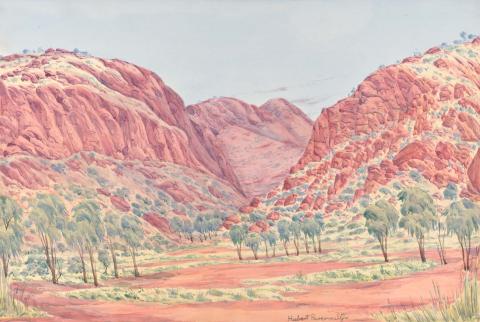 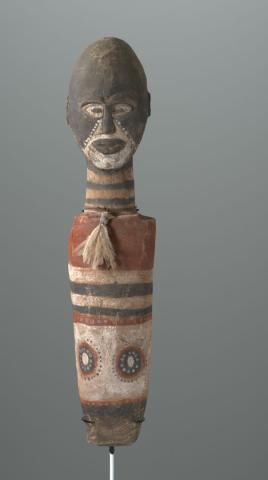