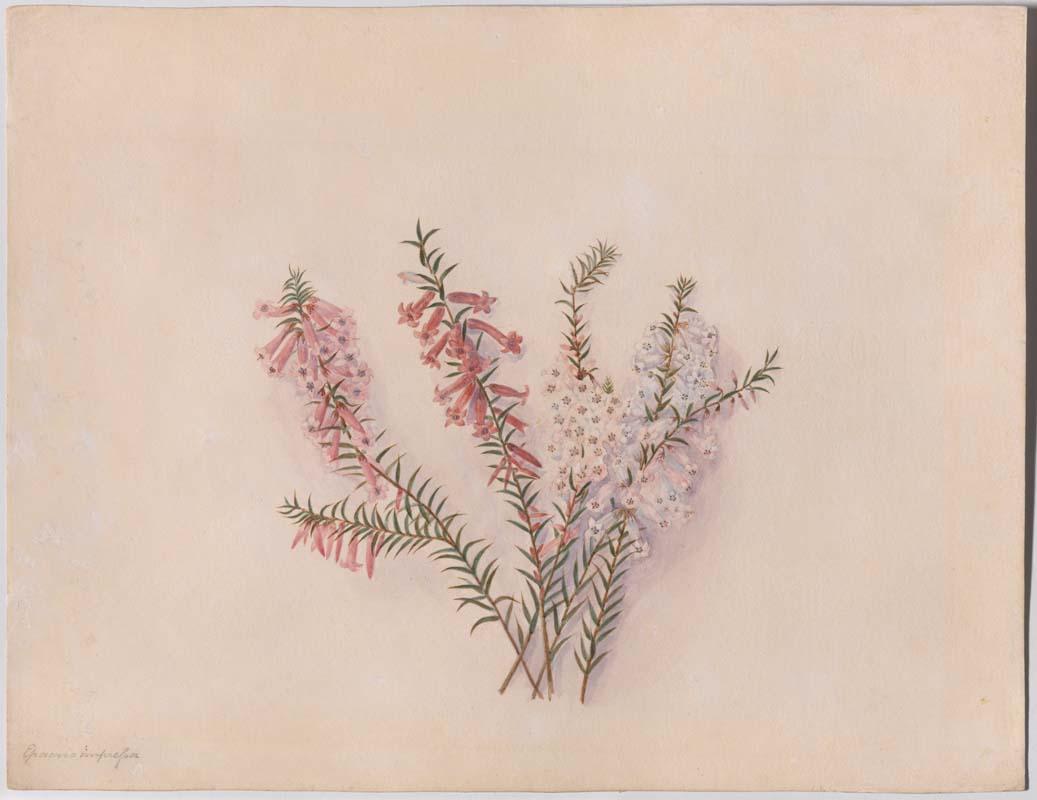 The following text by Glenn R. Cooke, Research Curator, Queensland Heritage, is an extract from the For Formal Noting to Trustees meeting on 4 April 2011 (following the re-attribution of the works): Eliza Cox (1830-1897) is a recognised artist from colonial Tasmania who is recorded in Joan Kerr's "The Dictionary of Australian Artists, Painters, Sketchers Photographers and Engravers to 1870" (OUP, Melbourne, 1992), p.178. The watercolours (Acc. 2010.348-356) are dated between 1852 and 1883 and are variously inscribed Eliza Cox or Eliza Cox Dixon to acknowledge her marriage to an Anglican priest, Rev John Cowpland Dixon in 1877. The Cox family had a summer residence at Marion Villa, George Town and one work is inscribed 'Marion Villa' and two 'George Town'. Another is inscribed 'Tamar' where her husband was minister. 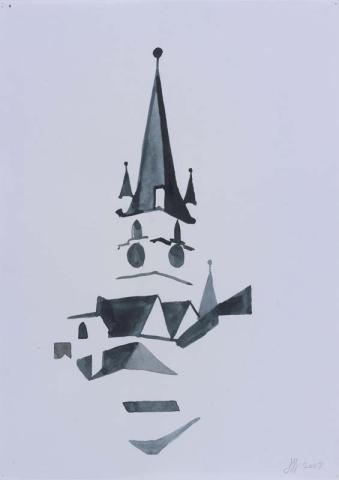 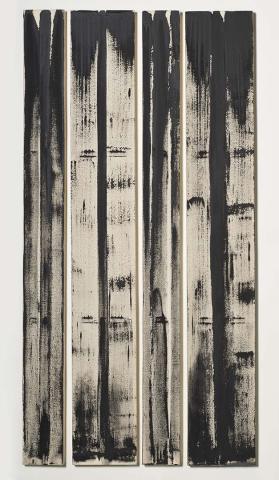 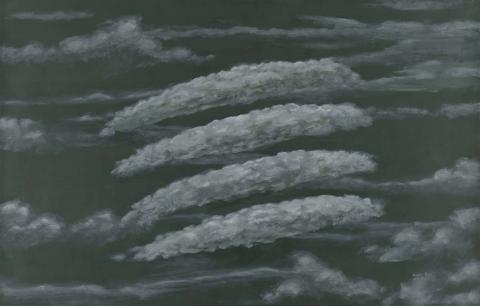 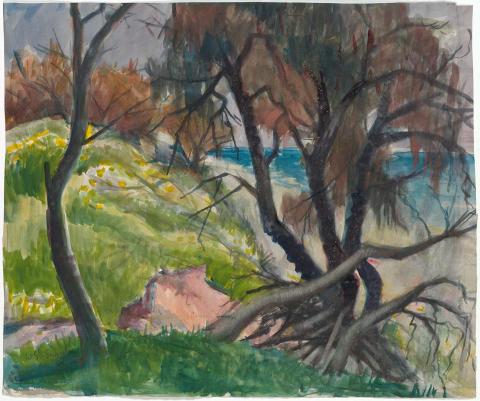 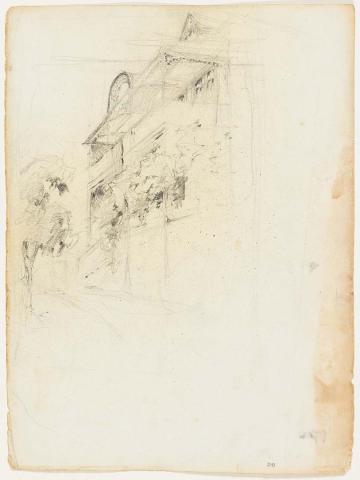 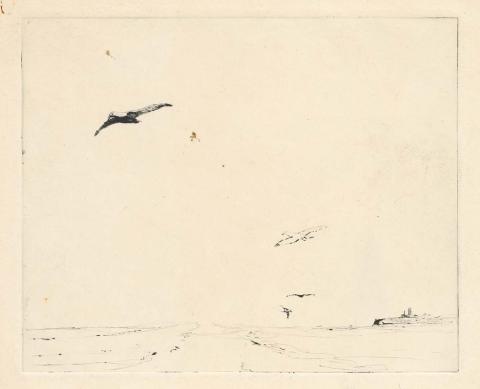