For biographical information see Acc. no. 1988.102 'Additional information'. Like almost all works by Eugene Carchesio, this watercolour is an object of modest scale. The mysterious, emblematic imagery is also typical of his paintings, of which this is a particularly complex example. The work shows a prostrate fallen angel, its head a skull, with radio-transmitter towers behind and a tall zig-zagging wall creating a barrier to the horizon and blue sky beyond. A target-like device is centred on the lifeless body. 'Dead angel vs intelligent radar' is a poignant observation of the mystical succumbing to the technological. Carchesio has become well-known for this kind of poetic depiction of states of mind using enigmatic images. His work is extremely personal and frequently incorporates a kind of symbolic geometry, as can be seen in the ghostly cone and cube shapes in this watercolour. These constitute a private language which ironically represents the elements of logic in a narrative with no apparent meaning, emphasising the gulf between the poetic and the practical. Lines of tiny intense red crosses are emitted by the radio towers, suggesting the abrupt precision of the machine and charging the entire picture with an unrelenting force which is too great for the esoteric spirit of the angel. These lines of force, combined with the pale geometric shapes and undulating lines representing electromagnetic waves, create something like an aerial battlefield. In purely formal terms, the complex interplay of lines recalls the work of early Russian modernist Wassily Kandinsky, who influenced Carchesio and is cited in the titles of three of the watercolours in the Queensland Art Gallery's Collection made by Carchesio in collaboration with Gordon Bennett. The result in 'Dead angel vs intelligent radar' is quite claustrophobic. The walls in the background, the transmitters and all the activity in the airwaves leave no space for the defeated angel who is thrust forward almost out of the picture plane. Watercolour is not a medium generally favoured by contemporary artists with the kind of experimental and speculative approach to artmaking which distinguishes Carchesio. Timothy Morrell, Curator, Contemporary Australian Art, Aug. 1999 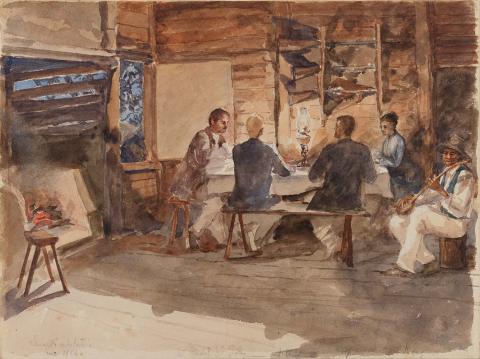 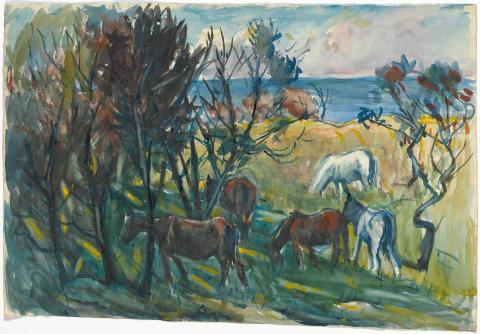 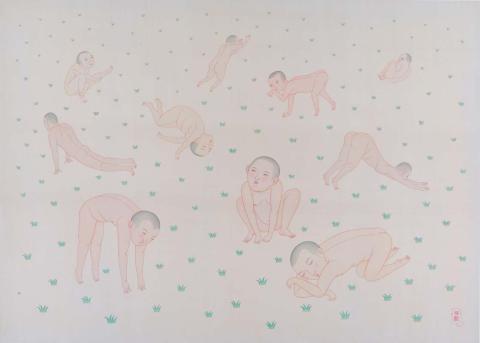 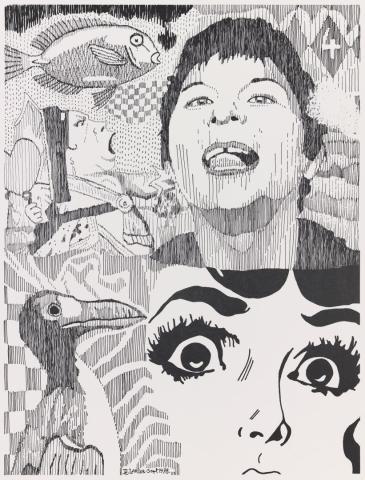 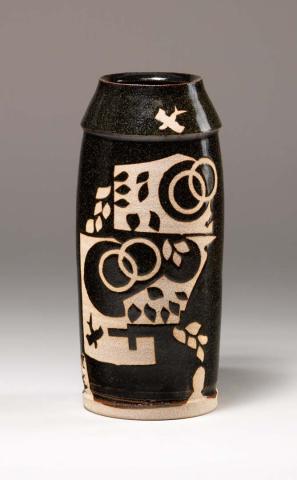 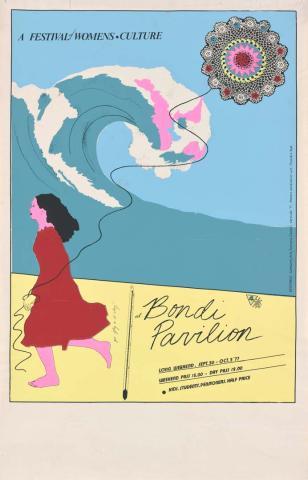 A festival of women's culture 1977