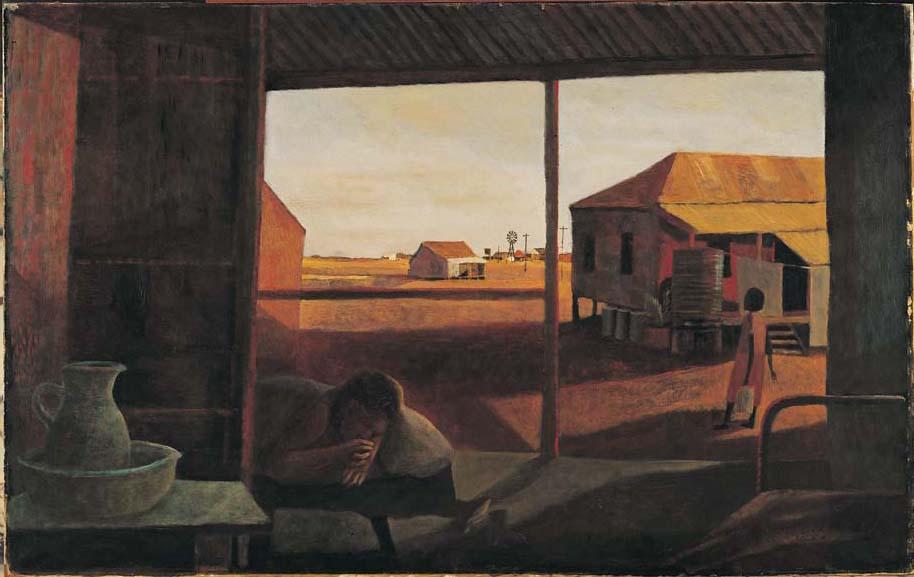 Ray Crooke lives in a regional location, remote from major art centres, where he has established and developed his reputation. Born in Melbourne in 1922, Crooke was stationed at Thursday Island and Cape York during World War Two and returned to live in Cairns in the 1950s. The landscape and life of Queensland's north and the islands of the Torres Straits have been his constant subjects and the focus of his appeal. Sunrise, Albion Hotel, Normanton is from his early years in north Queensland and shows that time of morning when life begins to stir, when people move slowly, and when there is still an element of tranquility in the landscape.