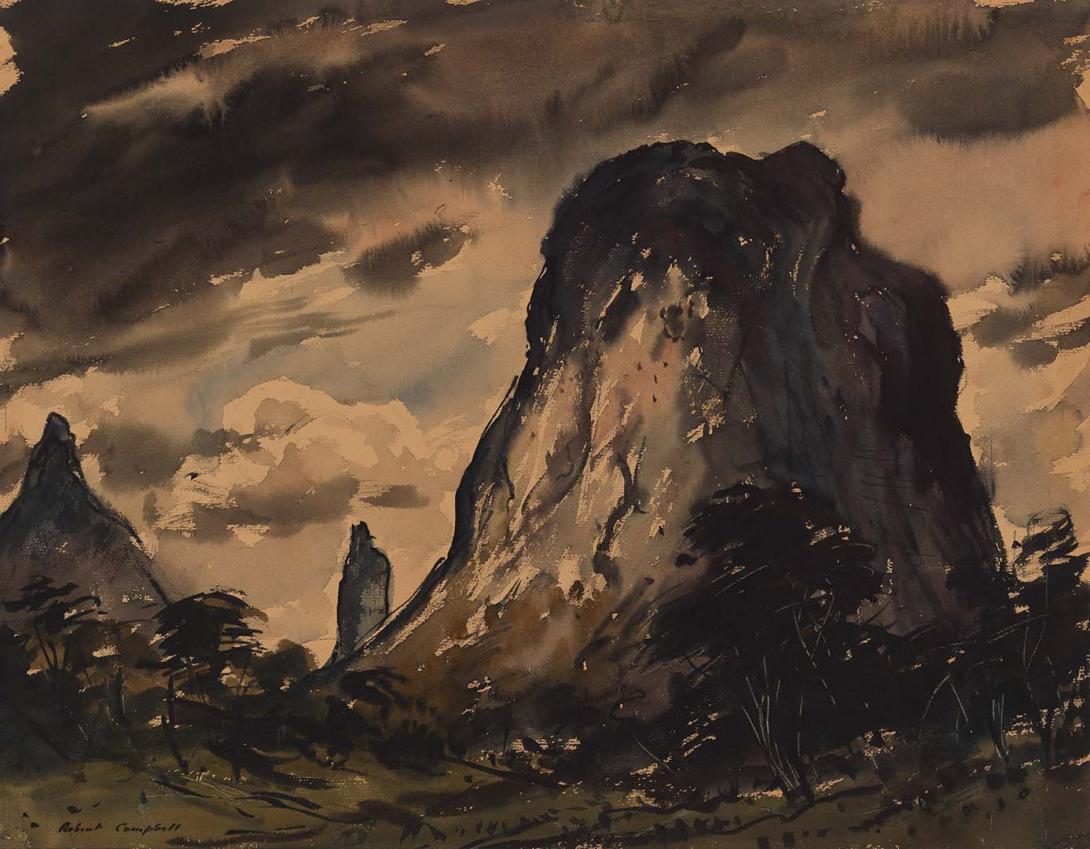 Robert Campbell was born at Edinburgh, Scotland, 18 July 1902, the son of a Presbyterian minister. He was educated at George Watson's College, Edinburgh. The Campbell family emigrated to Brisbane in 1916. From 1918-22 Campbell worked periodically as a commercial artist. From the age of twenty he made his living as an artist. John Young of Sydney's Macquarie Galleries commissioned Campbell to execute a series of drawings of Sydney and Melbourne. He exhibited from c.1921 (with the Queensland Art Society (Royal QAS from 1927)). His first important solo exhibition was at the Sedon Gallery, Melbourne, in 1928. This was a sell-out financing his trip to Europe with Rupert Bunny in the same year. Campbell stayed with Bunny in Paris, and worked with him at Sanary, Toulon and Les Landes. He also worked with John D. Fergusson, the Scottish Impressionist, in Paris; in London he sought out Wilson Steer; he also visited Scotland and Spain, the latter with Herbert Rose (1890-1937), from Victoria. He returned to Australia in 1932. In 1933 he married Jean Young, daughter of John Young. A year's painting on Dunk and Magnetic Islands and at Townsville, Queensland, followed. Based in Sydney 1934-41, Campbell painted at Galston, the Castle Hills area, Morpeth, the Hunter Valley, and especially around Sydney Harbour and Collaroy. From 1933-36 he was influenced by Elioth Gruner and Roland Wakelin. Campbell undertook part-time teaching jobs in Sydney, taking over Will Ashton's outdoor painting class in 1937, and in 1941 became Head of the Art Department, Launceston Technical College, Tasmania, where he acted as Honorary Advisor to Queen Victoria Museum and Art Gallery. He visited Hobart periodically, painting there with Jack Carington Smith. Pressure of work led to an increasing concentration on watercolours as opposed to oils, and influence of leading 20th century English watercolourists became apparent. Campbell's first notable solo exhibition of watercolours was held at the Kozminsky Galleries, Melbourne, 1944. In 1947 Campbell was appointed Curator, AGWA, where he instituted the watercolour gallery and achieved a separate Art Gallery Board within the wider Museum complex. He favoured Swan River and Rottnest Island subjects for his painting. Campbell was appointed the first Director, QAG, Brisbane, in 1949. He remodelled display facilities, established records, and organized the Queensland Jubilee Art Train (in 1951). He greatly enhanced popular support for the Gallery. While in Queensland he concentrated on painting in the Redcliffe Peninsula, Noosa and Glasshouse Mountains areas. In 1951 he was appointed Director, AGSA, Adelaide, retiring from this position in 1967. He supervised the erection of a new air-conditioned wing which opened in 1962, using information gained while on a study-tour in the United States, 1956, on a Carnegie Grant. He was a member of the Commonwealth Art Advisory Board (1952-1972), on behalf of which he organized major exhibitions for Australia and overseas, travelling abroad with shows in 1962 (London and Canada), and in 1968 (India and Pakistan). Of the many organisations of which he was a member, he particularly valued his association with the Australian Watercolour Institute. In 1958 he was awarded the OBE and in 1967 the CMG. In South Australia he most frequently painted in the River Murray, Port Elliot and Athelstone districts. It is estimated that Campbell had held approximately fifty solo exhibitions during his lifetime. Robert Campbell died in 1972 at his home at Athelstone, the area of many of his more recent paintings. The above notes are based on biographical information compiled by the artist's widow, Jean Campbell. Robert Campbell's 'Storm sweeping on Glasshouse Mountains' has an air of brooding mystery which captures the spirit of the Glasshouses in certain lights. Noticed by Captain Cook on his 1770 journey up the east coast of Australia the Glasshouses have fascinated artists from all years. Campbell's is only one of many representations in the Gallery's collection. This work was reproduced in 'The 1950 Courier-Mail Annual: Queensland'. The caption reads "Storm sweeping on Glasshouse Mountains, by Mr. Robert Campbell, recently appointed Director of the Queensland National Art Gallery, who was commissioned The Courier-Mail to paint this picture". 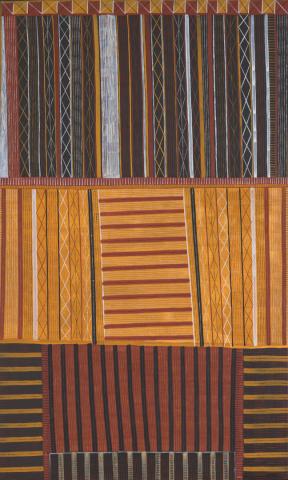 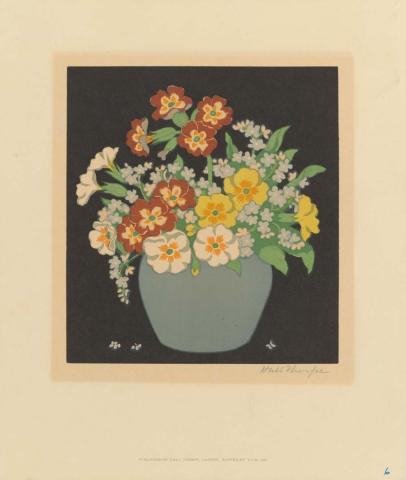 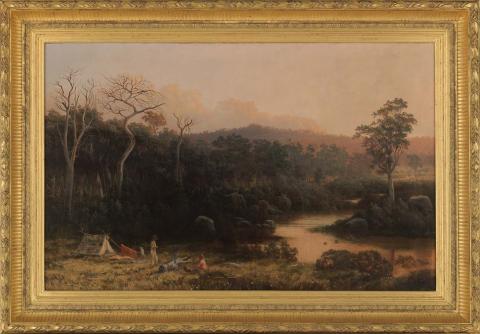 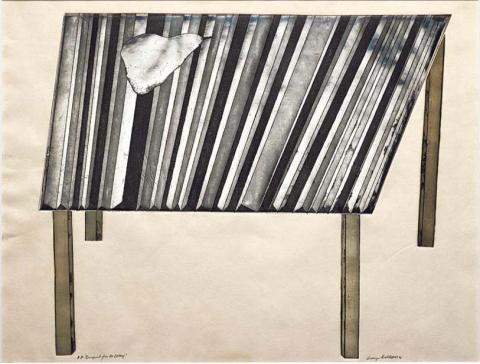