Robert Hunter was born in Melbourne in 1947. He studied painting at the Preston Technical College under Dale Hickey from 1964-65. Hunter's student work was consistently figurative, sharing Hickey's Expressionist approach in both its choice of colour and its energetic play of textural qualities. During his last year at Preston, Hunter was to be strongly influenced by the American hard-edge abstractionist James Doolin, then working and teaching in Melbourne. Doolin's geometrically structured paintings were remarkable for their sheer polish and density of paint surface, the very quality which induced Hunter to radically re-direct his own painting style. From 1966-67 Hunter studied industrial design at the Royal Melbourne Institute of Technology, completing further studies in painting at the same time. His interest in industrial design, with its severe aesthetic as much as functional demands, seems entirely consistent with the mathematical logic which progressively gripped the composition of his painting. During this period, to quote Gary Catalano, works were 'based on a randomly positioned grid in which irregular rectangular shapes are evenly painted in simple contrasts of salmon pink and fresh green'. Hunter's most readily accessible work was executed as a wall painting for the AGNSW in 1976. The rejection of easel painting was a part of the minimalist ethos at that time. His works from the late 1970s are dense and reflective, monochrome grey panels. Geometric patterns are formed by the application of layers of paint. Slight differences of colour and texture are noted, which link up, merge and flicker to create a quiet, pulsating, sensuous surface. For Hunter, his paintings are nothing more than objects which are detached from all symbolic functions - the essential element is the underlying geometric structure, yet descriptions such as quiet, comtemplative, calm, restrained, tranquil, etc., are used by people in describing the emotional impact of these paintings. In the early 1980s Hunter used similarly bland surfaces, criss-crossed with green, orange, yellow, etc., cotton threads. The physical presence of the thread created a slight tint on the surface which again sets up movement within the picture plane. At Brisbane's Institute of Modern Art, in early 1987, he displayed works executed three years earlier, which used bands of grey paralleling the central charcoal panel. The ocular effect is still evident in these exuberant (for Hunter) panels. His most recent work maintains the horizontal format, yet depends on the physicality of the brushstroke to create his effect. Hunter has been included in many survey shows including 'The Field Now', an exhibition at the Heide Park and Art Gallery, Melbourne in 1984 which revealed how consistently Hunter has been working within this reductionist vocabulary. 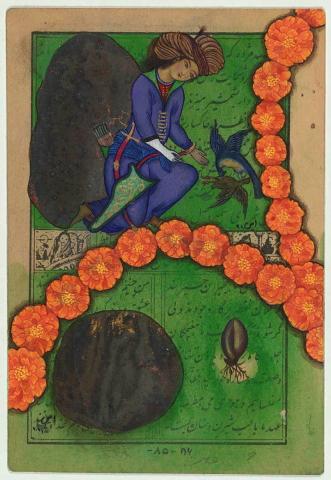 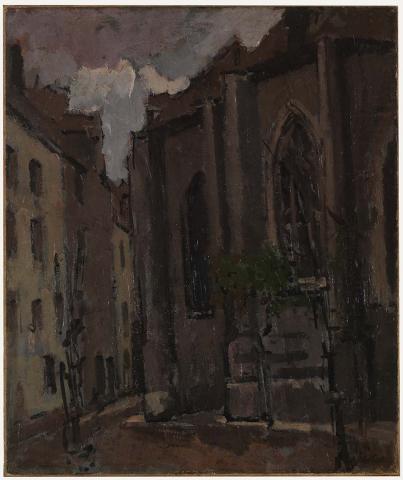 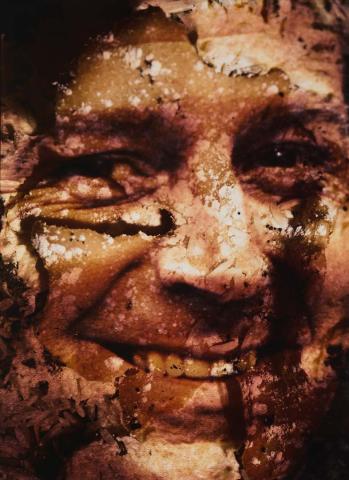 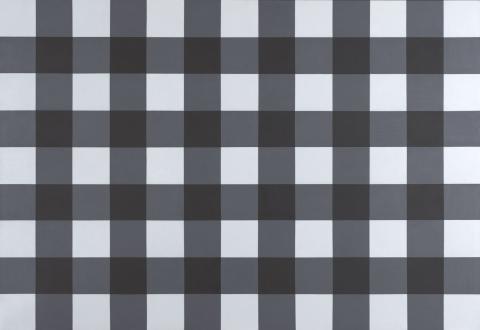 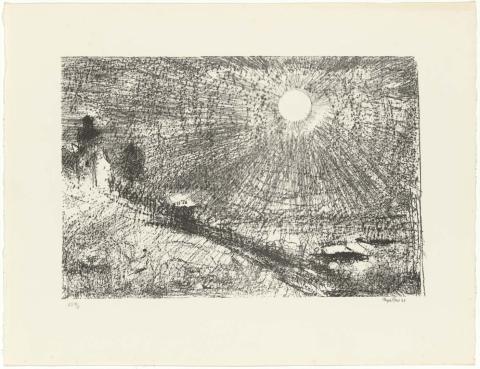