Martin Sharp, born in 1942, attended Cranbrook, a Sydney school from 1950 to 1959. There he came under the influence of art teacher and painter, Justin O'Brien. O'Brien introduced the young artist to older, established painters including Jeffrey Smart, William Dobell and Russell Drysdale, all of whom were associated with the former Clune Gallery. This was the same gallery which, in 1970, while awaiting demolition, became the venue for the famous Yellow House. On his teacher's advice, Sharp enrolled at the National Art School, East Sydney, staying for three years of a five year term. While at art school, Sharp collaborated on the production of a student's newspaper, 'The Arty Wild Oat'. Through this avenue, Sharp made contact with Richard Neville and Richard Walsh, editors of other student newspapers. The three joined forces to publish 'Oz' a satirical magazine, whose first issue was published in 1963. The artist's linear style and enduring interest in comic-book art, together with his counter-culture position, led him to a mode of expression which side- stepped a conventional exhibiting approach. A number of years spent in London in the late 1960s saw Sharp develop into one of the most interesting graphic designers of his generation. Working with leading figures in the rock-music industry, he developed poster and album concepts which captured the essence of psychedelic popular culture. Returning to Australia in 1970 Sharp set about creating a total artists' environment in the former premises of the Clune Gallery in Sydney's Kings Cross. The now famous Yellow House suggested a total immersion in the expressive painting and sculptural styles of the 20th century to create a bewildering sense of cultural displacement. The Yellow House, while a truly collaborative exercise in production, was driven by Sharp's quietly authoritative energy. This sense of having captured the spirit not only of a particular time, but also the ethos of hedonism which imbues Sydney, made Sharp an extremely influential figure in Australian art and design. In 1973 Sharp was invited to coordinate visual restorations to Sydney's harbour-side Lunar park, meaning an immersion into another of the artist's popular culture obsessions - the fun fair. As a result of this widely publicised work, Sharp was commissioned the same year by the Nimrod Theatre to design the sets and costumes of their production 'Kaspar'. Other Nimrod commissions followed, including producing a poster of 'Mo', 1979. This image of Australia's legendary vaudeville comedian Roy Rene (Mo) McCackie has now become the image synonymous with the Nimrod Theatre. This set of seven screenprints (Acc. nos 1995.140-146) were adapted from original poster designs for the Nimrod Theatre, now the Belvoir Street Theatre. 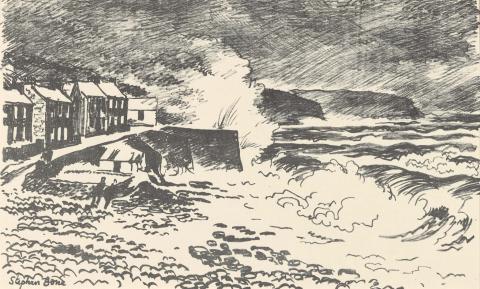 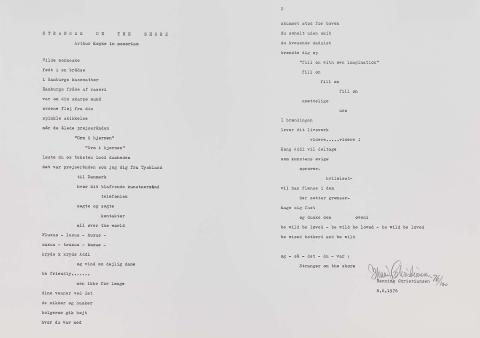 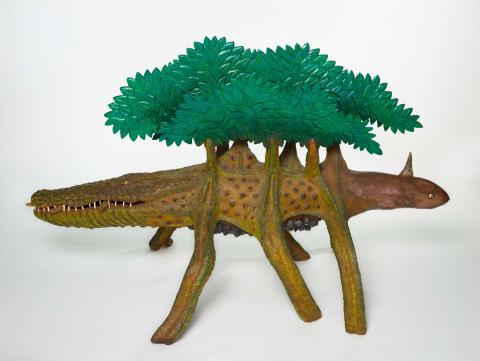 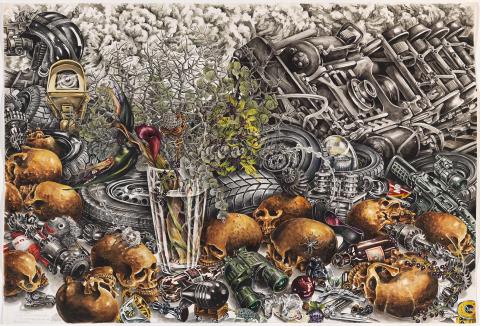 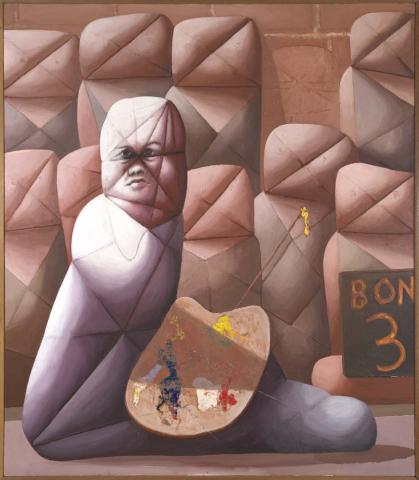