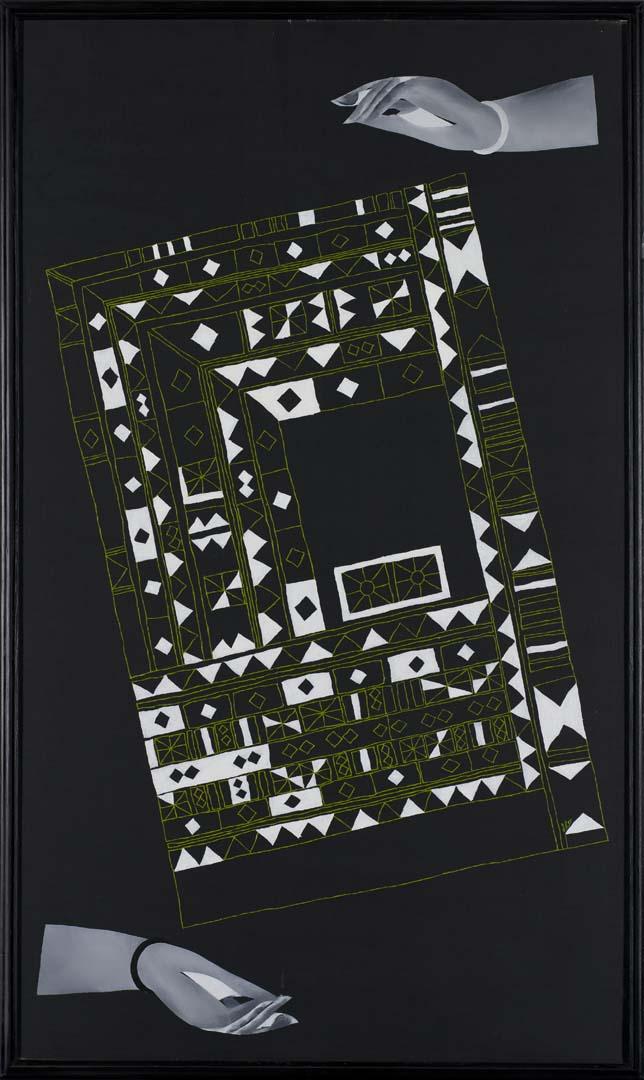 Dang Thi Khue is an artist with a career that has involved a range of activities including teaching and politics. Born into a family of Confucian scholars, she is an art historian as well as an artist. She has been a public figure in Hanoi for a number of years and her interest and engagement with contemporary art began in earnest during the late 1980s with the beginning of 'Doi Moi' (renovation policy). This policy shift has seen the blossoming of contemporary art in Vietnam. Dang Thi Khue belongs to a growing group of artists who have seized the opportunity to explore a wide range of issues with quite specific local meaning. Dang Thi Khue has held office as the Deputy to the National Assembly from 1978-89 and is a member of the Committee for Culture and Education. She is an active arts lobbyist and includes, in her list of associations, being a member of the Arts Council of the Vietnamese Plastic Artists (1978-89), Member of the National Arts Council of Vietnam (1980-89) and Director of the Experimental and Creation Workshop of Fine Arts. From 1963 to 1966 she attended the Fine Arts School and between 1969 and 1975 was enrolled at the Fine Arts College of Vietnam. Dang Thi Khue has an important presence in the emerging contemporary art community in Vietnam.

Each work features a pair of hands and geometric designs. The hands quote symbolic gestures used in Buddhist and Hindu iconography, which are usually the gestures made by divinities. Known as mudras(1), these symbolic gestures play an important religious role in teaching Hindu and Buddhist doctrine. The mudras, which can express emotions as well as metaphysical meanings, are an inseparable aspect of dance cultures across south and south-east Asia. Of the many mudras in Buddhist iconography, Dang quotes the Vitarka-mudra:

'It denotes exposition or argument, is a gesture of teaching. It is usually made by the right hand, sometimes the left or both. The joining of the thumb and forefinger (and occasionally the second finger) is a representation of the Wheel, (which in turn is a symbol of the eternal cycle of birth and rebirth, with Enlightenment being the only escape) and is seen widely across Asia in representations of the Buddha as well as among bodhisattvas.'(2)

In these three paintings the gestures are made by women who are the provider and conduit of the invisible, offering a vital link between people and community. The works pay homage to the role of woman as teacher, mother and healer. By transferring hand gestures usually connected to the Buddha to a woman, the symbolic functions of guardian, instructor and preserver are implied and celebrated.

The geometric design is characteristic of the textiles woven by women from ethnic communities in North Vietnam who live along the borders of Laos and China. By including these traditional textile designs, Dang establishes the presence of these ethnic cultures within a wider Vietnamese culture. A practising Buddhist, Dang's choice of grey, black, and white for this triptych refers to the belief that by giving up 'Desire', the path to Enlightenment and final release is attained. Colour in this instance is associated with desire and Dang has avoided colour, thus communicating her message in a series of images that are characterised by their austerity and clarity. In limiting her palette to black and white Dang conveys a sense of directness, without the arousal and passion colour may imply. 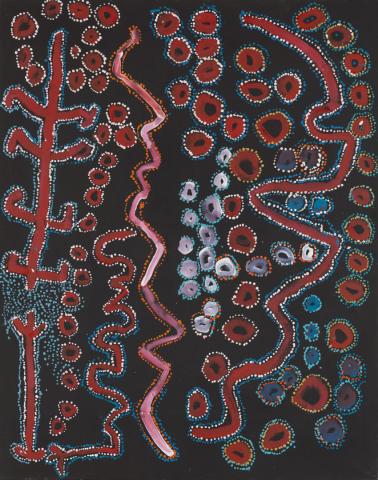 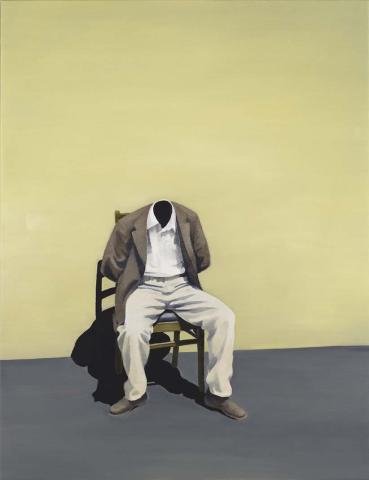 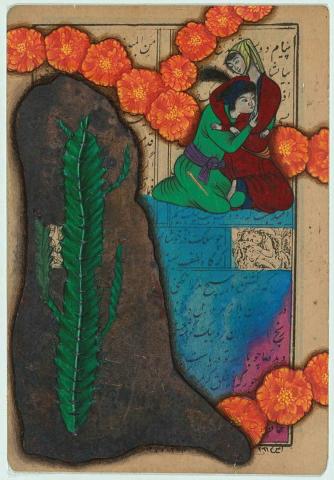 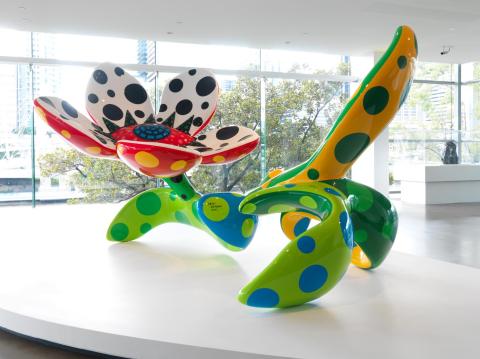 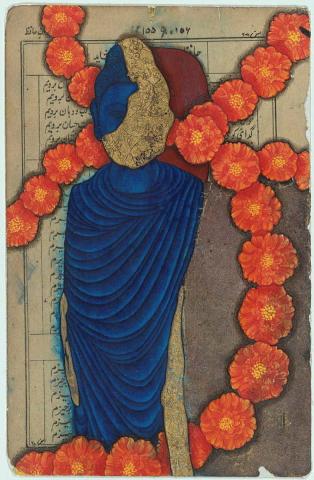