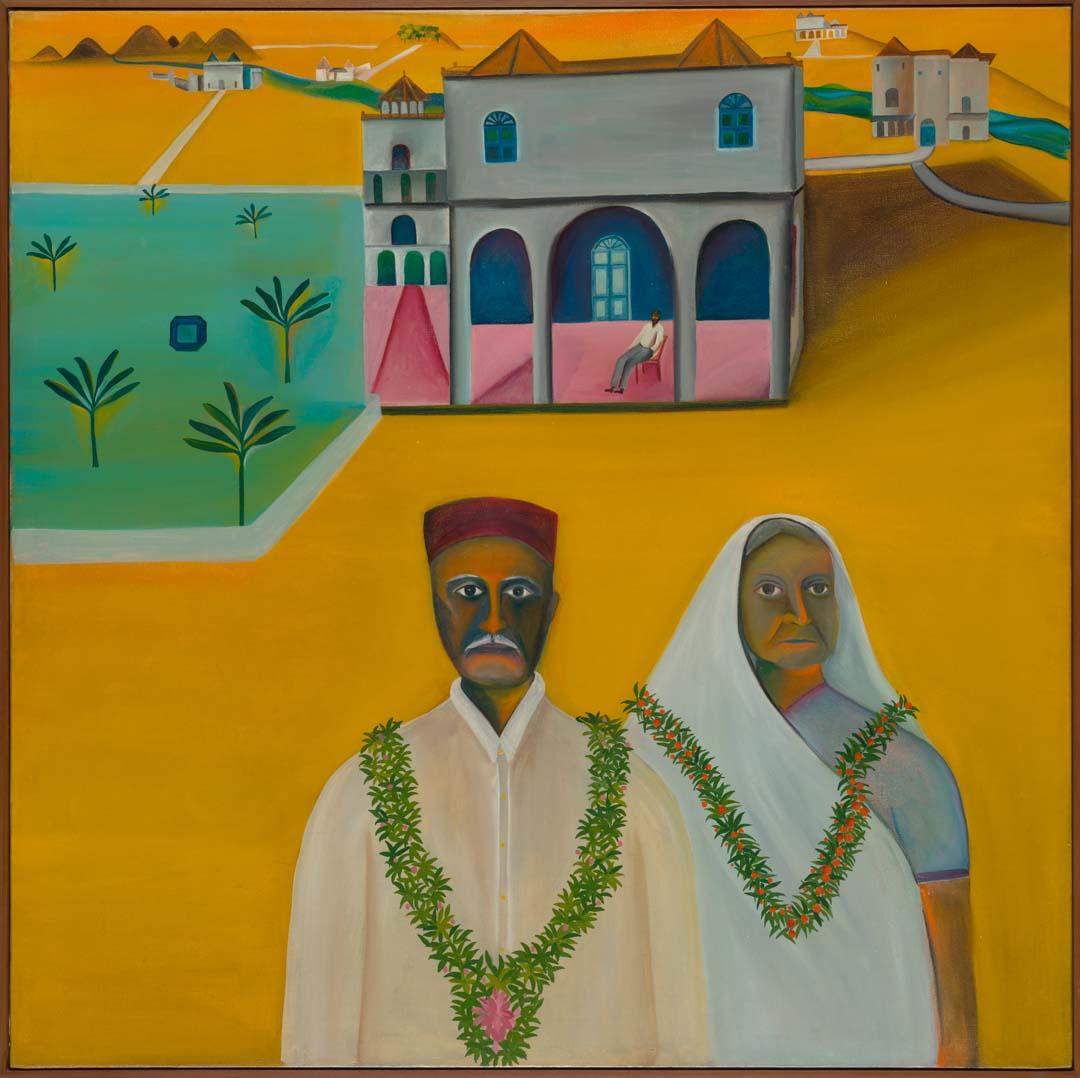 The painting Portraits of my mother and my father going to Yatra is a rare representation of Bhupen Khakhar's parents. In the background is the 'Residency Bungalow' in Baroda, which was Khakhar's home during the 1970s after he had left Bombay. The word yatra means pilgrimage, which is an important journey to visit specific religious sites. Khakhar paints his parents, garlanded for the auspicious event, about to embark on their first pilgrimage before his birth. Yet curiously, it is Khakhar who sits on the pink verandah of his home witnessing this journey.

Khakhar paints his parents as they might have appeared in 1971, rather than in the 1930s when this first pilgrimage took place. His father, having died when Khakhar was four years old, is painted from memory, while his mother's image was made from a contemporary photograph. This is another anachronism - one would imagine that Khakhar would have used a photograph of his father and paint his mother from memory. Adding to this sense of time disrupted, Khakhar depicts his mother attired in a simple white sari and without the red kumkum marking on her forehead which, in India, declares her widowhood.

In Portraits of my mother and my father going to Yatra, the manner in which Khakhar paints the other buildings in the landscape is in the style of pilgrim charts. These are available from such sites as Mathura and Varanasi, and lay out precisely the nearby sacred sites that should be incorporated into the pilgrimage. Using the Residency Bungalow as both central and starting points, the 'pilgrimage chart' alludes to another personal journey, Khakhar's own artistic pilgrimage.

This is one of the first in a series of paintings by Bhupen Khakhar that affectionately critiques the Indian middle class to which the artist belonged. It features rare portraits of Khakhar’s parents, dressed in the simple, formal attire of the conservative professional establishment, in front of his home in Baroda. The variation in scale and perspective is deliberate, quoting the Indian miniature tradition, while distortions of the figures, landscape and architecture are the product of the artist’s sense of humour – a way of visually destabilising structured middle-class life. For Khakhar, personal identity was more complex than generic understandings of what it meant to be Indian. In contrast to the mythic or essentialising depictions of the country that were popular in the modern art of the time, Khakhar focused on moments of individual lives, from the humble to the intense, rendering them in eccentric, layered compositions about love, desire and human relationships. 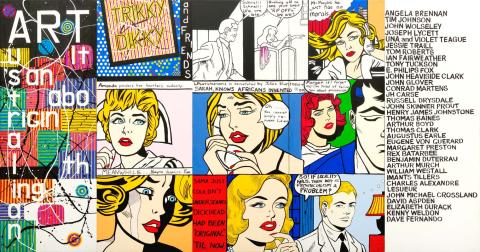 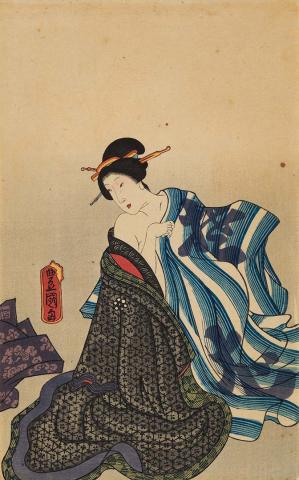 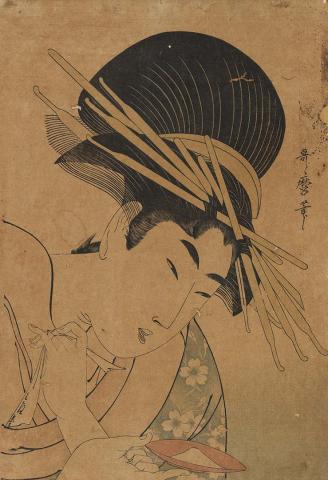 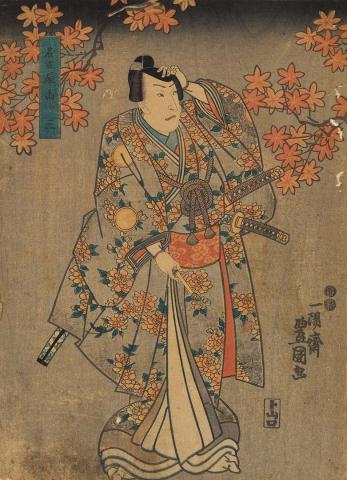