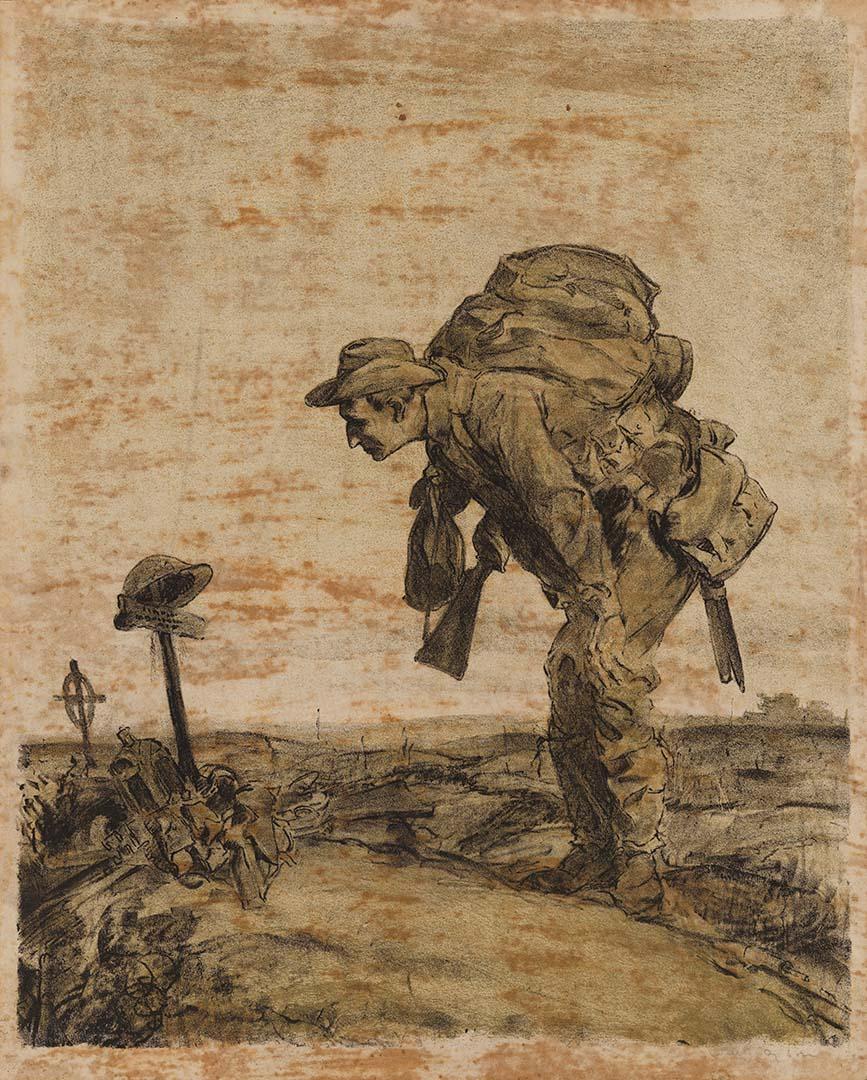 William Henry Dyson was born in September 1880, at Alfredtown near Ballarat, Victoria. His only art training after leaving school at twelve years of age, was at George Coates' drawing classes in Melbourne around 1896. Between 1897 and 1909 he developed as a skilful cartoonist and caricaturist, contributing regularly to the 'Bulletin', the 'Adelaide Critic' and other journals. A friend and contemporary of the Lindsay family, Dyson married Ruby Lindsay in 1909, prior to leaving for London with his wife and her borther Norman Lindsay. In London, Dyson's work met with great success and in 1912 he was appointed cartoonist-in-chief at the 'Daily Herald', the unofficial Labour newspaper. His work, which attacked the social and political establishment, attracted admiration from the likes of H.G. Wells, G.K. Chesterton and George Bernard Shaw. In 1915 Dyson published 'Kultur Cartoons'. Concerned with European politics and vehemently anti-militarist, the book reinforced his reputation as a black and white artist. After offering his services, he was appointed an Official War Artist by the Australian Government and was the first Australian artist to be sent to the Front, arriving in France in January 1917. Dyson based his book 'Australia at war' on his experiences at the Front during which time he was twice wounded. The book for which he produced both text and drawings, and a series of lithographs was published in 1918. Dyson was deeply affected by the death of his wife in 1919 and published a book of poems in her memory. He returned to the 'Herald' after the war but fearing editorial intrusion in his work, resigned in 1922 when the paper was taken over by the Trades Union Council. In 1925 Dyson returned to Melbourne to work for 'Punch'. While in Melbourne, he commenced etching and produced a series of drypoints that pursued broader, less political themes than his previous work. He left Australia in 1930, returning to London via New York. Exhibitions of his drypoints in both cities were highly successful. In London he continued to produce drypoints and pursue his interest in politics until his death from heart failure in 1938. For information on the 'Australia at war' series see Acc. no. 2:0090 'Additional information'. 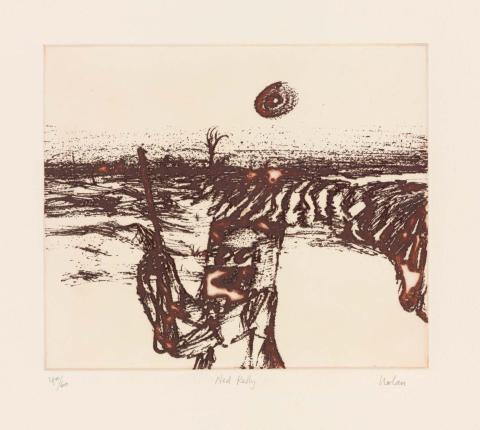 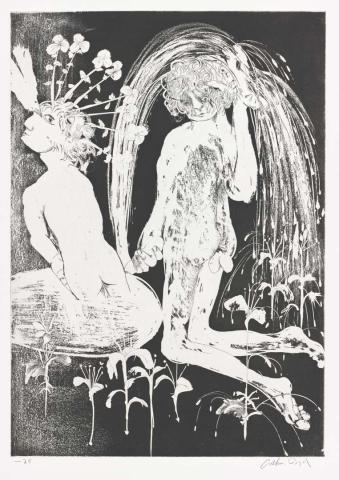 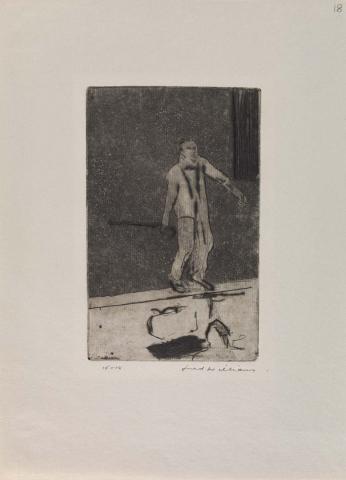 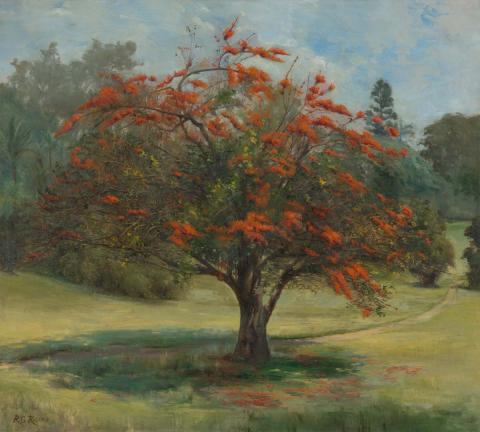 An alien in Australia 1904, reworked later