Lynne McDowell graduated from the third year certificate course in studio ceramics at the Coorparoo Technical College in 1974. She studied with the British Master Potter Bryan Newman in 1974 and researched glazes with Ian Currie 1979-80. She has taught advanced classes at the Queensland Potters' Association since 1980 and has been tutoring at the Australian Flying Arts School since 1982. She is a member of the Oriental Ceramic Society, London, the Crafts Council of Queensland and the Queensland Potters' Association. She was a director of the latter between 1981-85. She has been included in many mixed exhibitions and has had four solo exhibitions at the Queensland Potters' Association in 1975, 1977, 1979 and 1984. She is a most assured craftswoman. She began her career in pottery with functional ceramics but from 1982 has been producing pieces inspired by Japan and China. The works from the 1984 exhibition at the Queensland Potters' Association chart a new direction - non functional ceramics. The double walled body arose out of her desire to create a large curving surface for her decoration - a double walled vase provided a strong stable surface. The decoration of lustre circles and weaving lines is rhythmical and is associated in the potter's mind with music. The decorated passages are contrasted with the expanses of 'velvety' metallic copper and manganese oxides. These pieces (Acc. nos 1984.088-090) are extremely elegant. The two vases represent the achievement of her work during 1983-84 while the bowl charts a new direction. They make an effective group in the use of complementary shapes, and mode of decoration. 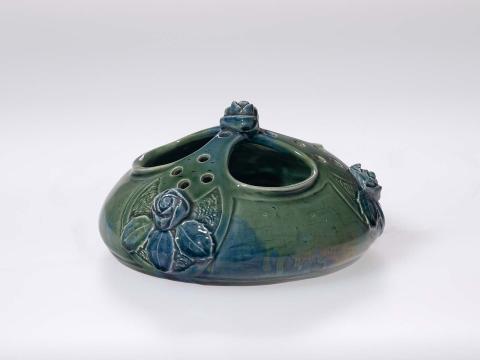 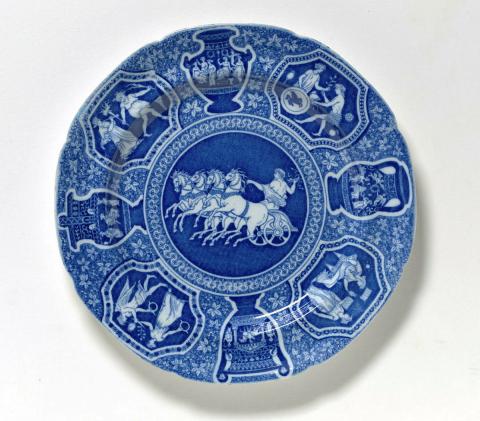 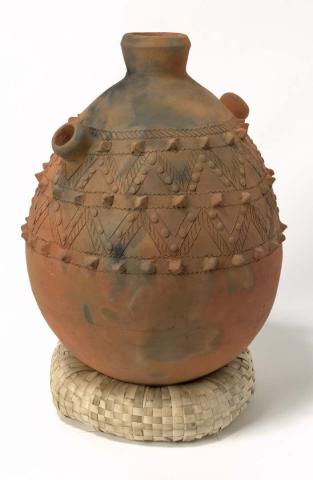 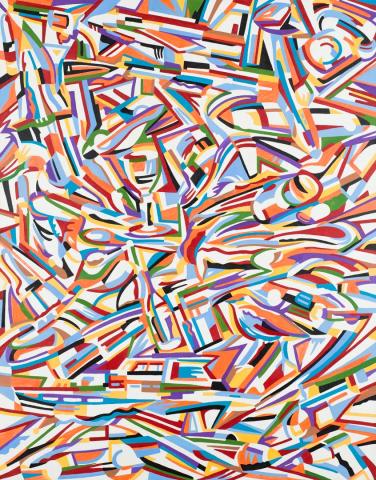 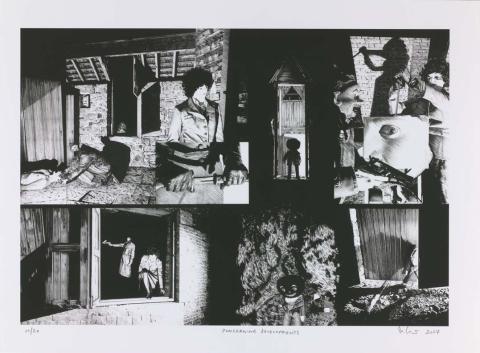