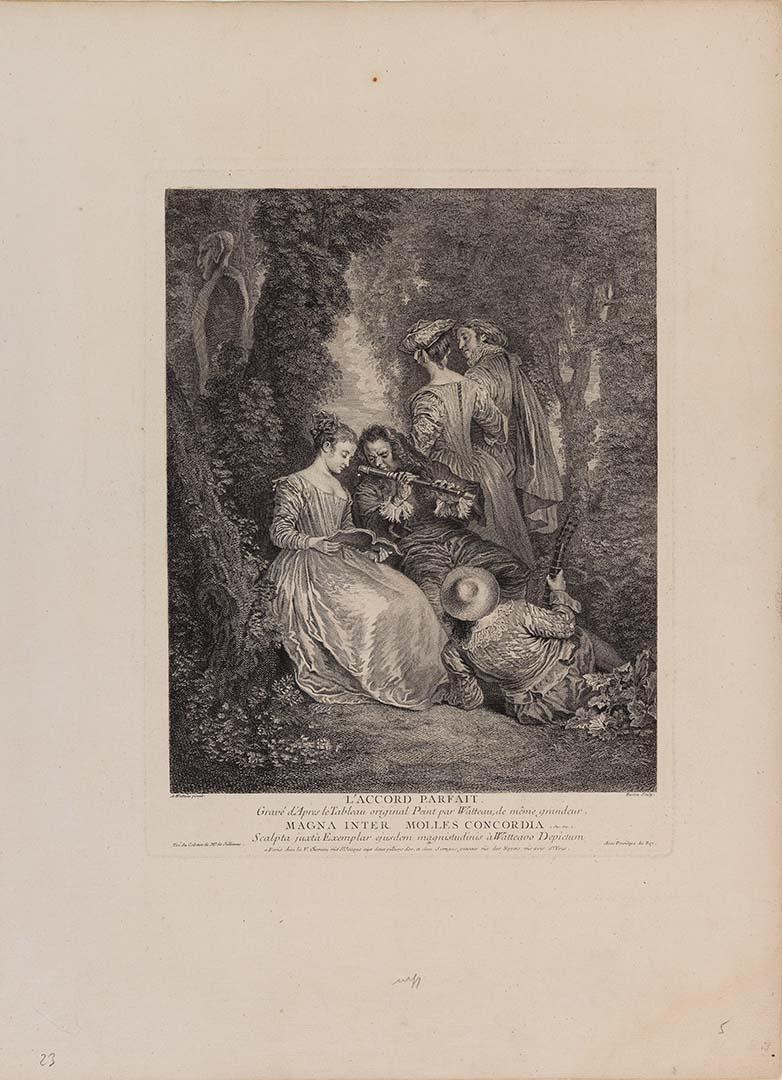 Born in Paris in 1696, Bernard Baron was instructed in engraving by Nicolas- Henri Tardieu whose style he followed. He engraved several plates for the Crozat Collection and afterwards went to England where he lived in London until his death in 1762. Baron was among the school of engravers in the 18th century who were inspired by Boucher, Greuze and Watteau in particular. At times etching was used in combination with engraving to render the subtle varieties of tone necessary for recreating Watteau's 'Fetes galantes'. Baron also had the distinction of being one of Hogarth's chief engravers in London during the period 1738-45. Many of his engravings are in the Boydell Collection and although executed in a coarse manner they are of considerable merit. 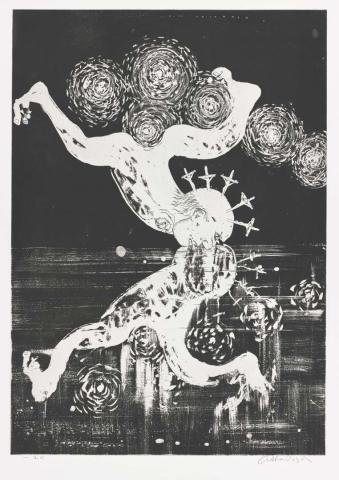 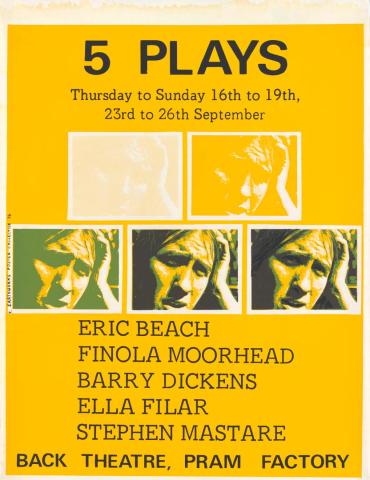 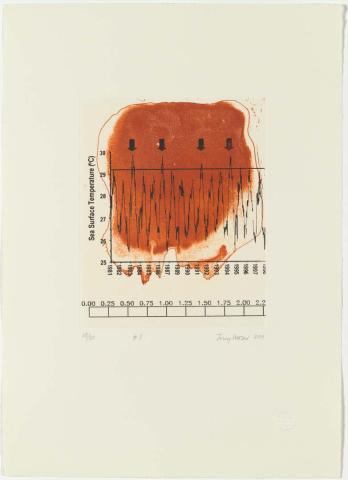 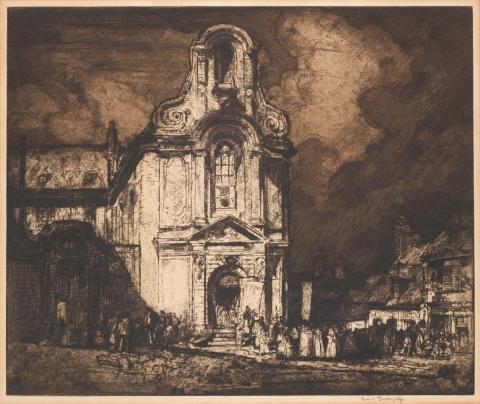 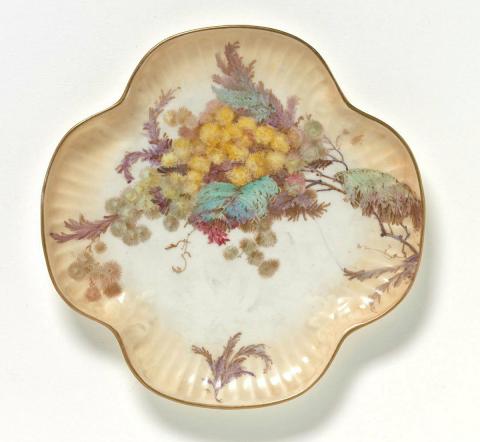 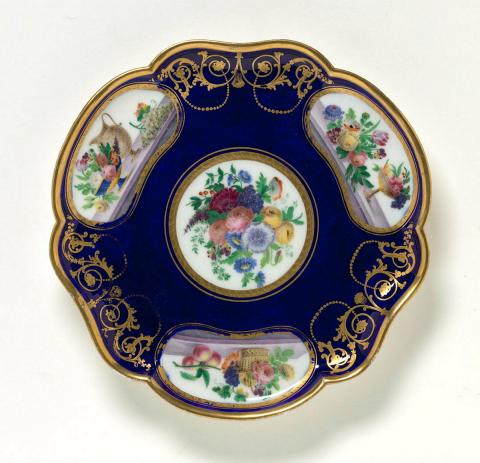