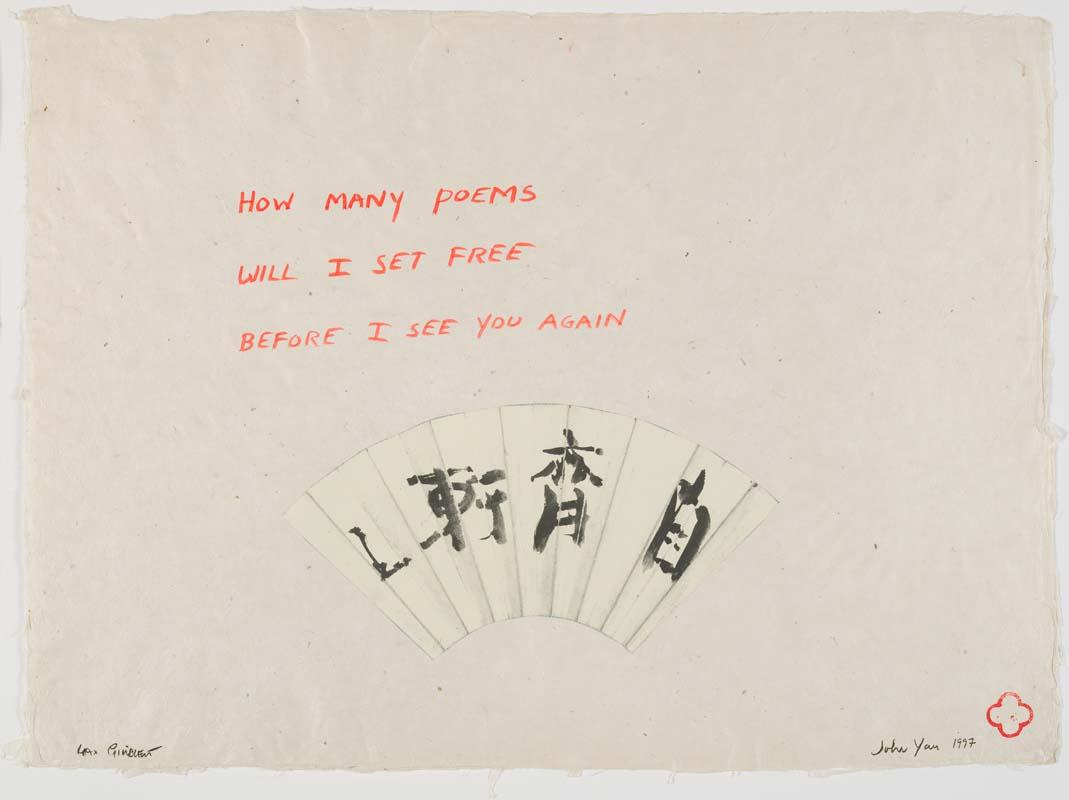 John Yau (b. 1950) is a distinguished poet, essayist and art critic based in the United States. Among his many publications are Radiant Silhouette (1989), Edificio Sayonara (1992), Hawaiian Cowboys (1995) and Forbidden Entries (1998). Yau has contributed to the books Brice Marden: A vision of the unsayable, Anthony d'Offay Gallery, London, 1988; A.R. Penck, Harry N. Abrams Inc. New York, 1993; In the realm of appearances: The art of Andy Warhol, Ecco Press, New Jersey, 1993; and The United States of Jasper Johns, Zoland Books Inc. Massachusetts, 1996. He has collaborated as a poet with Max Gimblett on many occasions, resulting in works on paper which combine text and image. In this instance, a fan is featured with haiku-like text commencing 'How many poems ...'