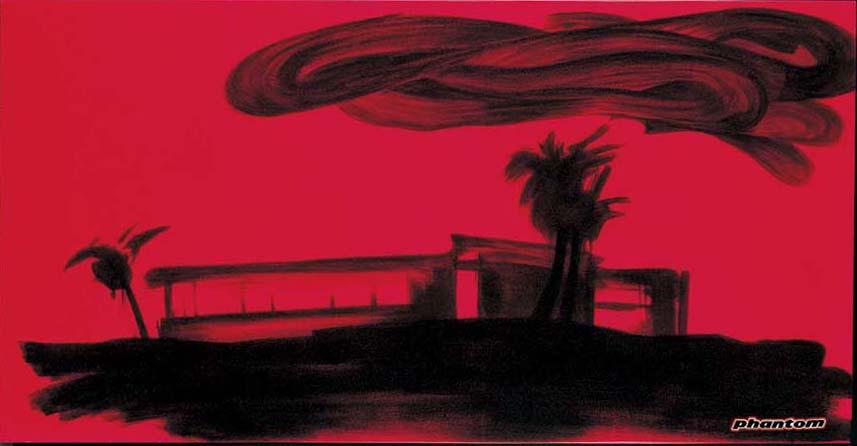 For biographical and background information see Acc. no. 1990.538a-b 'Additional information'. In recent years Scott Redford has continued to explore the culture of the Gold Coast, where he was born and where his family still lives. The Gold Coast is of singular interest in the development of late modern architecture and design in Queensland; the economic wealth of the region, driven by mass tourism since World War II and particularly from the 1960s, has led to the development of a string of beach-side skyscrapers and popular entertainment sites that is unique in Australia. As the architectural critic Robin Boyd wrote in 1957: 'There is a gravitational force to Surfers - or, more precisely, an anti-gravitational force - attracting much of the drive and development instinct in this country.'(1) The general style of the Gold Coast is similar to American developments in Florida and California, borrowing many design references from the beach and commercial cultures of those regions. Scott Redford is alive to the American antecedents of Gold Coast architecture and to the general influence of American urban design on the region. However Redford is also passionately interested in the relationship between the local references of the Gold Coast and the international resonances of its extraordinary recent social history. As the Gold Coast's late modernism was born at the very brink of the postmodernist period, Redford, like other cultural commentators, registers the consumerism and fantasy of the Gold Coast, while acknowledging the resonances of local life in the midst of tourist-driven ersatz glamour. The 'Surf paintings' series of 2000-01 plays on the boundaries between modernist culture and consumerist mass production, filtered through a postmodernist sensibility. Characteristically, these refined and reduced works acknowledge complex artistic legacies in their titles, including modernist architecture, the late modern paintings of the Australian artist Ian Burn (particularly his reflective 'reflex' paintings of the late 1960s) and aspects of contemporary surf, decorative and musical cultures. Other titles for works in the 2000 exhibition, from which the Gallery's two works were selected, included references to highrise buildings, and the exhibition invitation was accompanied by Robin Boyd's 1957 text, quoted above. In the shallow pictorial space of these shiny resin sheets, Redford slips back and forth - as does a ghost image on a television set - between the different registers of cultural life that he inhabits. This slippage is partly born of memory, partly a haunting of the present by the modernist past. The house depicted in 'Surf painting/Modernist house' is not an actual Gold Coast house but a hybrid. It is based both on the style of the celebrated Californian modernist bungalows by the architects Neutra and Schindler, and on the artist's memory of houses along Old Burleigh Road, Broadbeach, built in the late 1950s and early 1960s. Many of these houses, demolished in the early 1970s, belonged to friends of Redford's grandparents, who lived nearby in Jubilee Avenue, a street that was then neither as grand nor as modernist. The allusive painterliness and the tropical high colour of the works are in part a tribute to the vibrant colours of the Gold Coast landscape, but they also refer to the non-natural culture of the region: the strong colours favoured for clothes and decorations, and the mock-tropical landscapes of popular fancy. In a more contemporary vein, each of the works is labeled with a commercial decal. Decals are a popular form of mass-produced decoration usually seen on school bags, cars and surfboards, and here signify the 'democratic' possibilities of personal aesthetic choices suggested, or perhaps enforced, by widely available commercial products. A rich series of popular culture references unfolds here: the 'Phantom' of the decal is also 'the ghost who walks' of the famous comic strip. But if the reflective surfaces of the works include the ghostly shape of the viewer in the image, manifested in a darker shade of hot pink, it is a moot point which is the phantom culture here: late modernism, or the later youth and surf cultures of the Gold Coast. (Another work from 2001 takes up this theme with the title 'Ghost nation', borrowed from a popular song by Hunters and Collectors, a celebrated rock band of the 1980s.) In these works Redford has played with a borrowed, transformed but still 'authentic' regional modernism. But the methods by which the paintings were made are pure postmodernism in practice. Redford drew the original sketches, photographed them, and handed them over to be painted onto the foam surfaces of the works at Phantom Surf Boards, a small surfboard manufacturer at Burleigh Heads on the Gold Coast. The proprietor Chris Garrett oversaw the production of the works to Redford's design and specifications, and Alonzo Punker did the actual painting. This factory was recommended to Redford by the artist Joe Furlonger, a dedicated surfer who buys his surfboards from this maker. The creative relationship with Phantom is ongoing, and is a further development of Redford's interest in making works that relate to surfing and its culture. Between 1999 and 2001 Redford workshopped the production of several works, both two and three-dimensional, with Garrett. Originally Redford was interested in making paintings by cutting up surfboards and applying decals, wishing to adapt the Duchampian strategy of the readymade to a principal icon of the Gold Coast. These were first exhibited in Dusseldorf at Horst Schuler's gallery in 1999, and were dubbed 'surf paintings' by the German dealer, a generic title that Redford has since happily adopted.(2) Essay by Julie Ewington, Head of Australian Art, Oct. 2001. 1. Boyd, Robin. 'Developing a Fibro-Cement paradise', 'The age' (Literary supplement) Melbourne, 28 Dec. 1957. 2. Interview with the artist at Bellas Gallery, Brisbane, 9 June 2001. 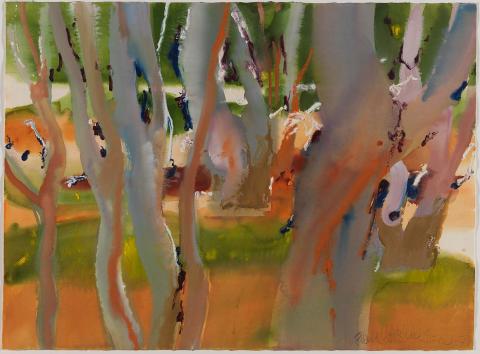 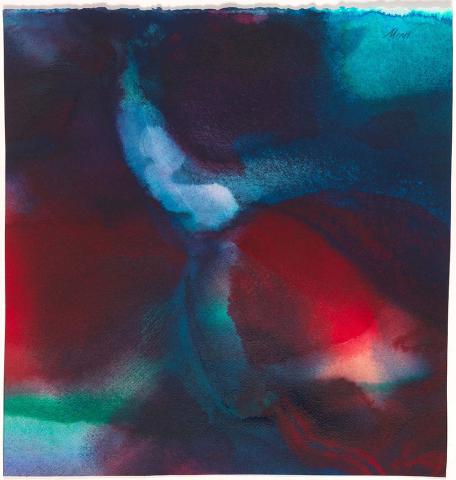 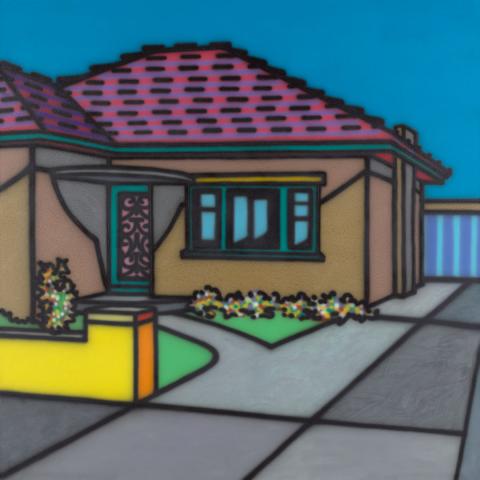 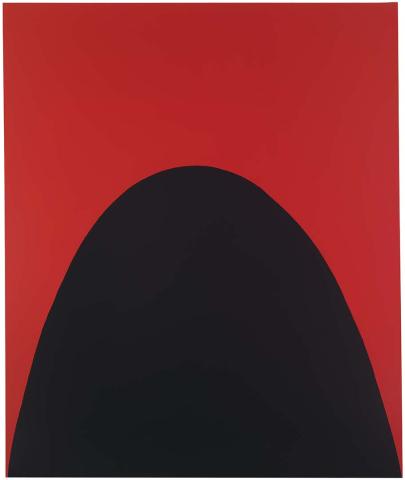 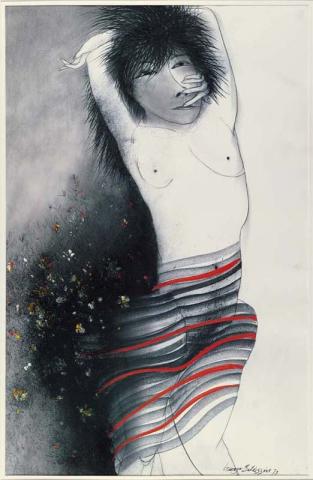 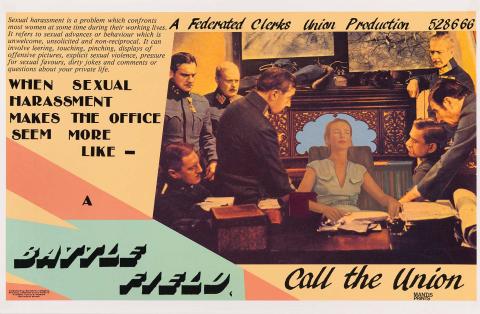 When sexual harassment makes the office seem more like a battlefield, call the union (from untitled series) 1984