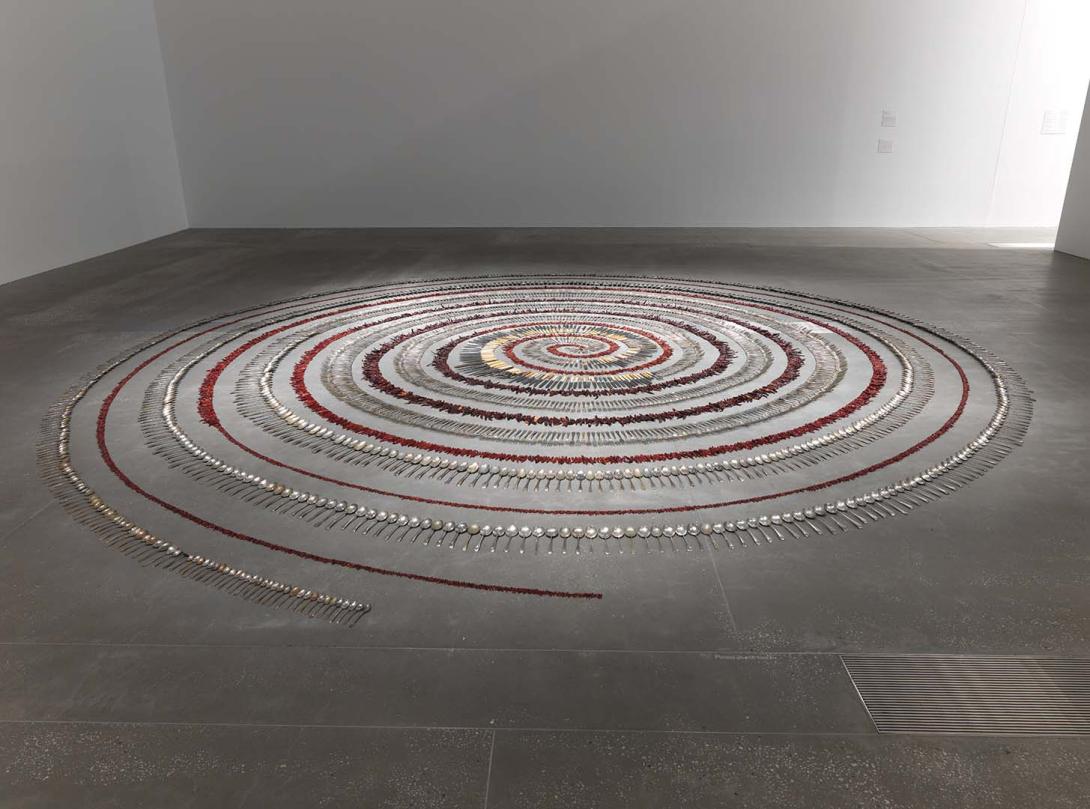 These two materials, each loaded with particular histories of passage and migration, are indicative of Gill's practice. The artist's work is informed by definitions of identity amidst a personal history of relocation.

Attending boarding school in India, Gill was aware of the place of silver in her local community. Introduced to India by British colonisers, silver cutlery symbolises civilised rituals which Gill subverts by placing the cutlery on the floor - an equally natural table in Asia.

Chillies, introduced to South and South-East Asia from South America, have become so deeply a part of life there it is assumed that the chilli plant is indigenous to the region. Gill often toys with the question of when something becomes thought of as 'local'.