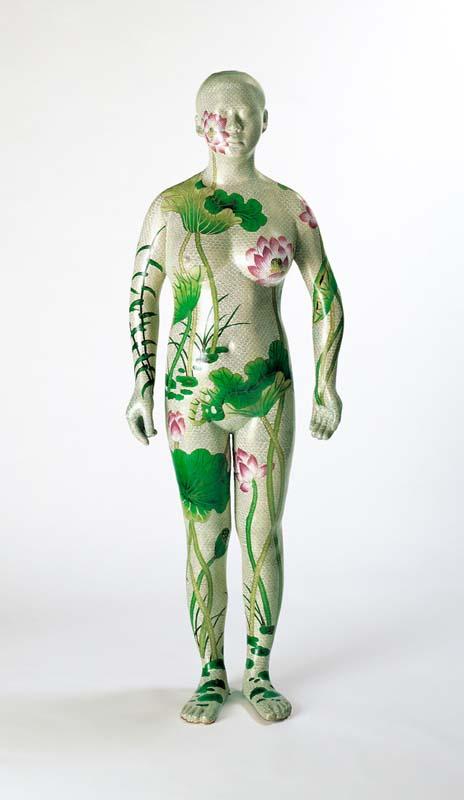 Human human - lotus cloisonne figure 1 was the winner of the 'National Sculpture Prize & Exhibition 2001', at the National Gallery of Australia, Canberra. Before his move to Australia, Ah Xian was actively involved in avant-garde artistic activities in China and was closely associated with the 'Stars' artists, who rose to prominence during the 1979 Democracy Wall movement. Since the early 1980s, Ah Xian has used the nude in his artworks which coincides with the Communist Party of China's attempts to wipe out what was perceived as 'bourgeois liberalism', including aspects of modern art and pornography, through successive 'anti-spiritual pollution' campaigns. These campaigns also targeted soft pornography, the category into which the nude fell. Thus, Ah Xian's use of the female nude was also a form of protest.

In early 2000 the Queensland Art Gallery acquired a group of four porcelain busts (see Acc. nos 2000.019-022) that were among the first in a series of ongoing works by Ah Xian called the 'China, China' series. The 'China, China' works are porcelain 'body copies' that have been cast from life models - men and women - and painted by the artist with traditional Chinese porcelain designs. For Ah Xian the move to work in cloisonne, as well as in lacquer and jade, has been a natural progression of an interest in reinterpreting the great traditions of Chinese porcelain.

A very early reference to cloisonne enamelling in China is found in a 1388 text called Ko-ku yao-lun by Ts'ao Chen. The reference describes the technique as Kuei-kuo or 'Ware of the devil's country', immediately conveying that the practice had originated abroad. By the mid-fifteenth century the Chinese had achieved mastery of the technique, and since, Chinese cloisonne work has become world renown.

Human human - lotus, cloisonne figure 1 is made using the traditional cloisonne technique. The figure has been constructed from a full copper form, with filigree copper wire defining the designs that have been filled with enamels. The enamels are fixed and the figure is immersed in an acid bath. The next step is to fire the sculpture in a large earth kiln at low heat. Human human - lotus, cloisonne figure 1 was first intended to be a porcelain figure, however, the sheer ambition of scale meant that the work was unable to be realised in this medium, leading Ah Xian to begin experimenting with cloisonne. The sculpture was completed with the assistance of artisans in Hebei Province and was successfully realised on the third attempt. Making a cloisonne work of this scale and complexity of pattern is an extremely time-consuming process that requires a high level of skill and technical support.

In Human human - lotus, cloisonne figure 1, Ah Xian uses the lotus flower as his decorative motif. This flower is rich with symbolic meaning and in China is closely associated with Chinese Buddhism and Taoism. It represents spiritual unfolding, purity and spiritual awakening leading to the state of nirvana or eternal bliss. In addition, the lotus is associated with aspects of the divine within humanity. This serene nude figure is adorned with blossoms on her cheek, shoulder, breast, abdomen and thigh. The flowers cling to the form, amplifying an overall sense of adoration, while blooms and stems reach around the figure and embrace it.

Bliss, harmony and stillness are personified in this sculpture which invokes the finer aspects of human nature. Ah Xian has stated that his interest and engagement with traditional craft is intended partly as a means of retrieving aspects of aesthetic pleasure.

The nude has been a constant form in Ah Xian's practice. When he was in China this form was inflected with notions of protest; in Australia his sculptures have developed with the intention of re-connecting with China. This is an essential link that sustains Ah Xian's creative practice. Thus the nude form, especially since Ah Xian began working with artisans specialising in the traditional crafts of porcelain and cloisonne, is now modulated with symbols derived from those traditions.

In Human human - lotus, cloisonne figure 1, Ah Xian has constructed a supreme sculpture that advocates for relationships that traverse exile and homage, craft and art, tradition and contemporary practice. 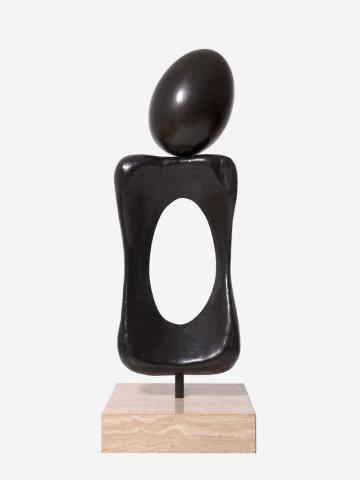 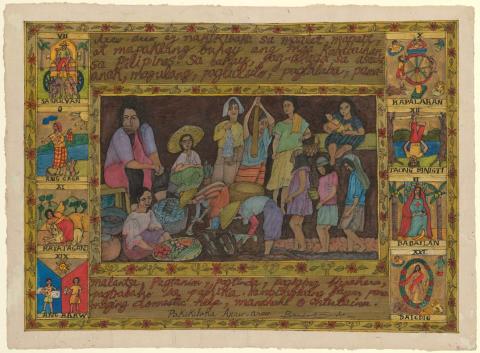 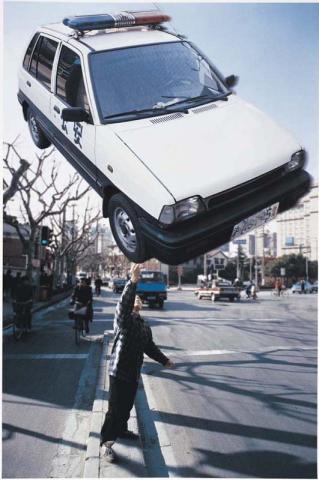 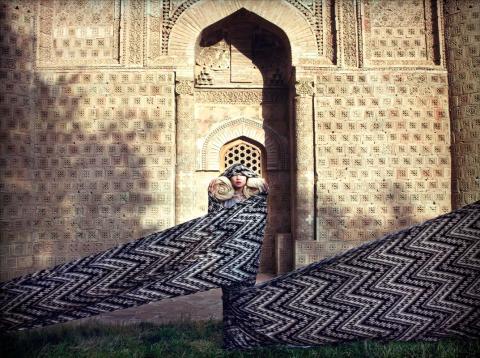