Kulukakina (after experiencing something miraculous, withdraw) 2004 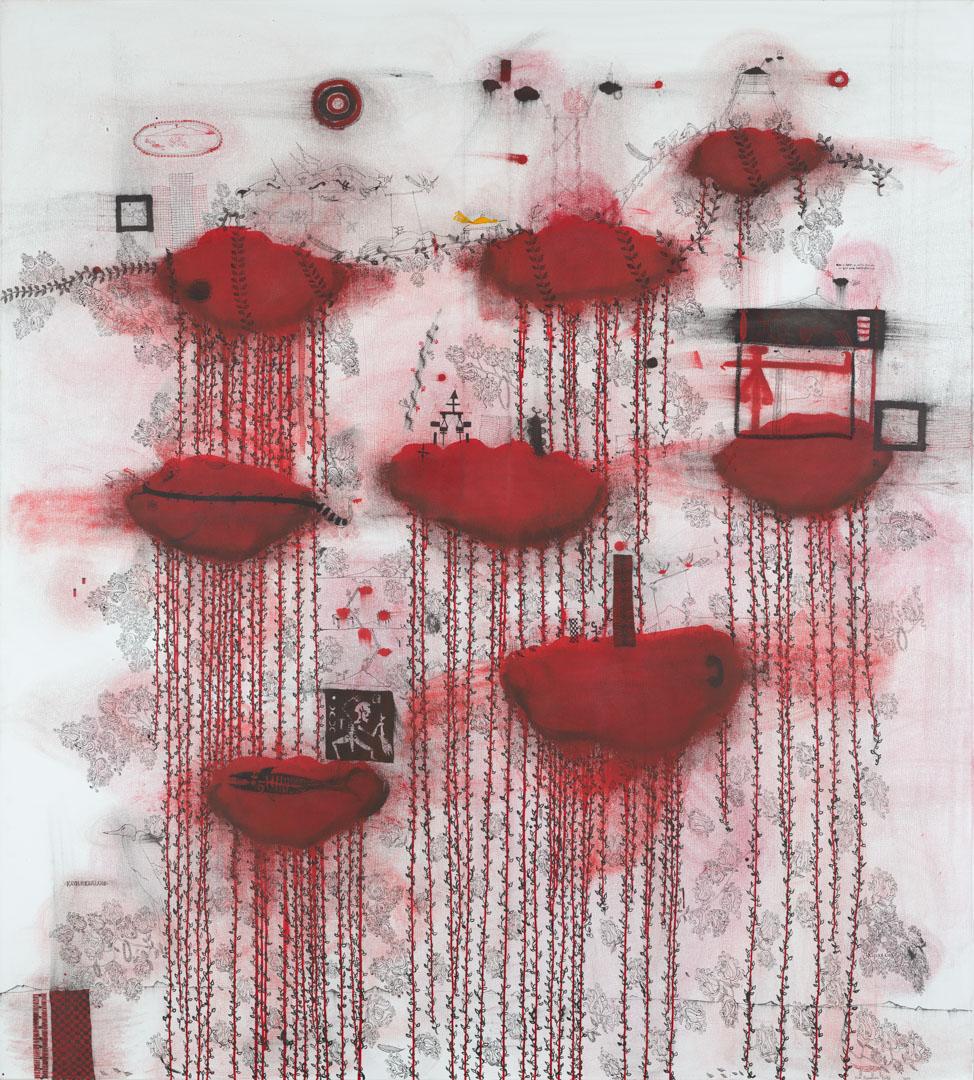 John Puhiatau Pule is recognised as one of the Pacific's most significant artists. His work involves media as diverse as painting, drawing, printmaking, film-making and performance.

Kulukakina (after experiencing something miraculous, withdraw) 2004 continues Pule's interest in entwining his personal narrative with Niuean cosmology and, at the same time, engages with broader issues of migration, colonialism and Christianity.

In this work, Pule uses imagery of Christ, removed from the cross, alongside grieving people huddled together in a desolate landscape. Other androgynous figures carry large birds, objects and humans up and down ladders, evoking the movement of cultures and belief systems.

Pule has covered the canvas in delicate, almost translucent, peonies. These flowers, brought to Niue by the wives of the missionaries, have now outgrown the carefully tended garden plots to merge with the native flora. The red forms throughout the painting suggest blood and violence, yet the possibility of renewal is also evident in their fecundity. 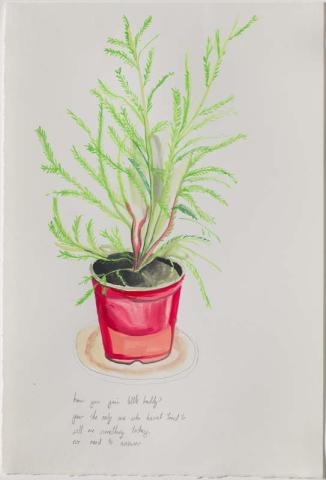 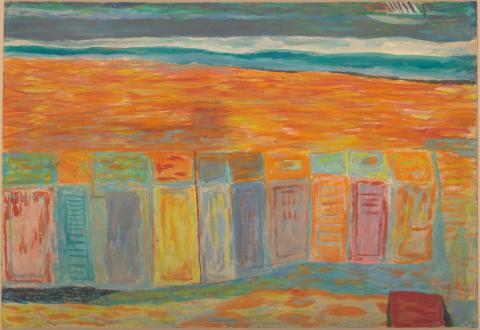 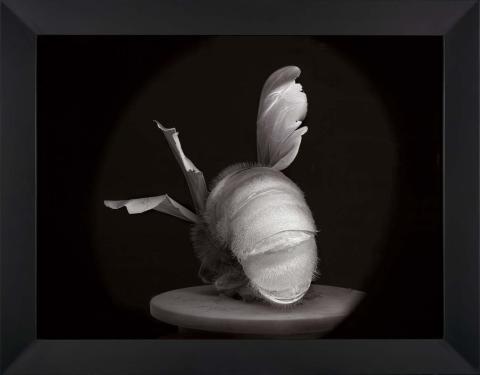 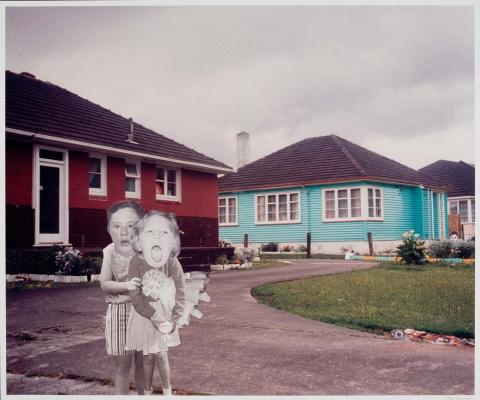 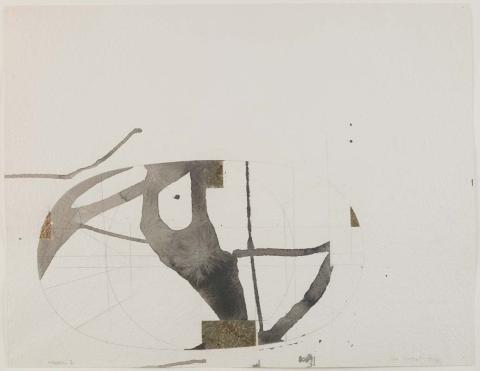