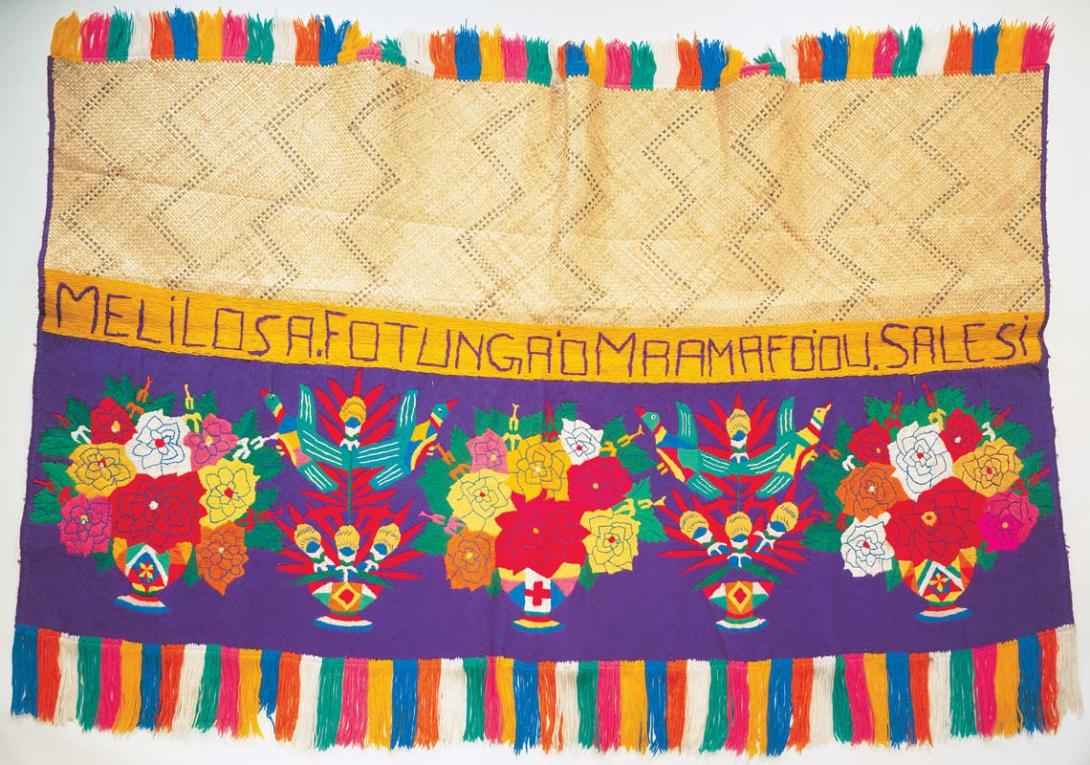 Susana Kaafi arrived in Australia from Tonga in 1982 and moved to western Sydney. This work, Fala pati, depicts all that is most precious to her. On this mat Kaafi has inscribed the names of her grandchildren: Melilosa, Fotunga'o, Maamafo'ou and Salesi feature on a yellow band in the lower half of this fala pati. Below their names are four corresponding bright bouquets. Her son Luani described how his mother tended to a garden filled with flowers in Tonga and that these had been the inspiration for the design.(1) Kaafi is particularly fond of roses and these are abstracted in the bouquets alongside tropical flowers. Although the floral arrangements don't appear individualised, different colours and patterning can be seen. The central vase displays a red cross on a white background which is the only figurative element on the Tongan national flag.(2) A second fala pati by Susana Kaafi (Acc. no. 2004.030) also features the names of her grandchildren, as well as flowers and the Tongan flag and emblem. Both these mats were reverentially placed above Luani's brother's open casket some years ago.

Although not always so poignantly illustrative of a family's genealogy and national fervour, fala pati and its Samoan equivalent, fala su'i, are the contemporary continuations of a significant tradition of woven mats. The most revered of these mats, the kie hingoa and the 'ie toga (Tongan and Samoan respectively), are sacred objects that confer power to their owners.(3) These finely woven mats designate the political and social hierarchies within the two nations. When these mats are presented in ceremonies such as births, marriages and deaths, the detailed evocation of complex genealogies in the accompanying speeches gives meaning and status to the intricate and time-consuming weavings. About 60 years ago, women began to use synthetic wool on pandanus mats to create their own narratives through the use of the colour, image and text.(4) These new weavings, originally created to cover European frame beds, have not surpassed the kie hingoa and 'ie toga in the cultural hierarchy, but they do coexist in the many ceremonies, giving women a specific avenue of expression.

2. The Tongan flag is red with a square in the top left-hand corner featuring a red cross on a white background.

3. For more information on the naming and genealogies of Tongan and Samoan mats see Kaeppler, Adrienne', Schoeffel, Penelope and Herda, Phyllis. '"Kie hingoa" "named mats", "ie toga" "fine mats'" and other treasured textiles of Samoa and Tonga'. Journal of the Polynesian Society, special issue, vol. 108, no. 2, 1999. 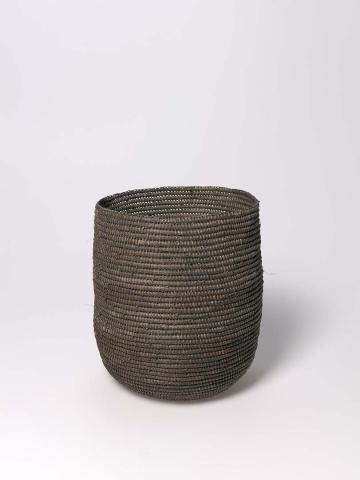 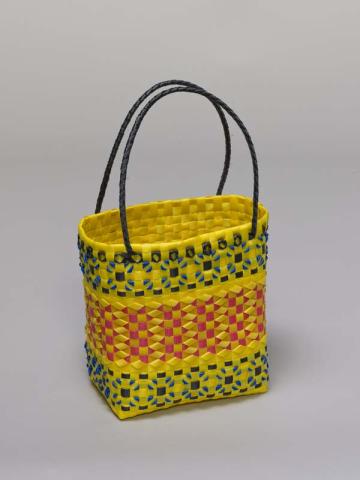 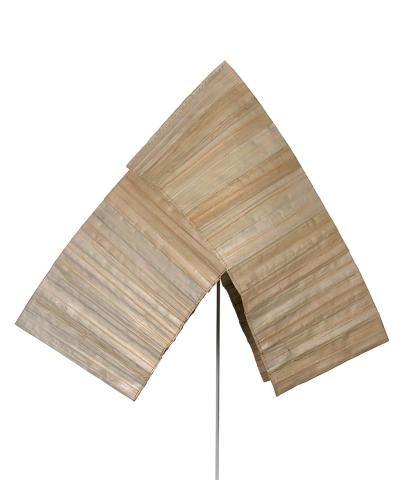 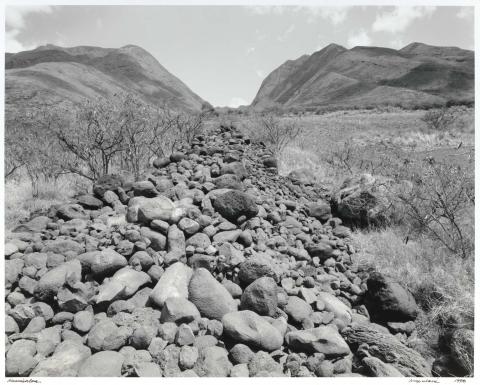 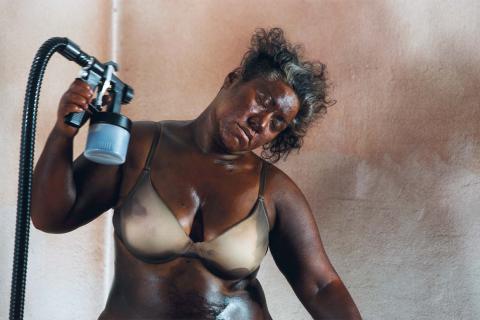 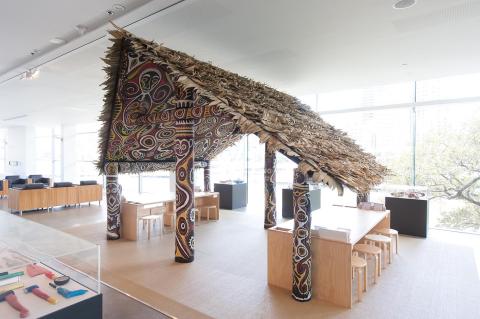