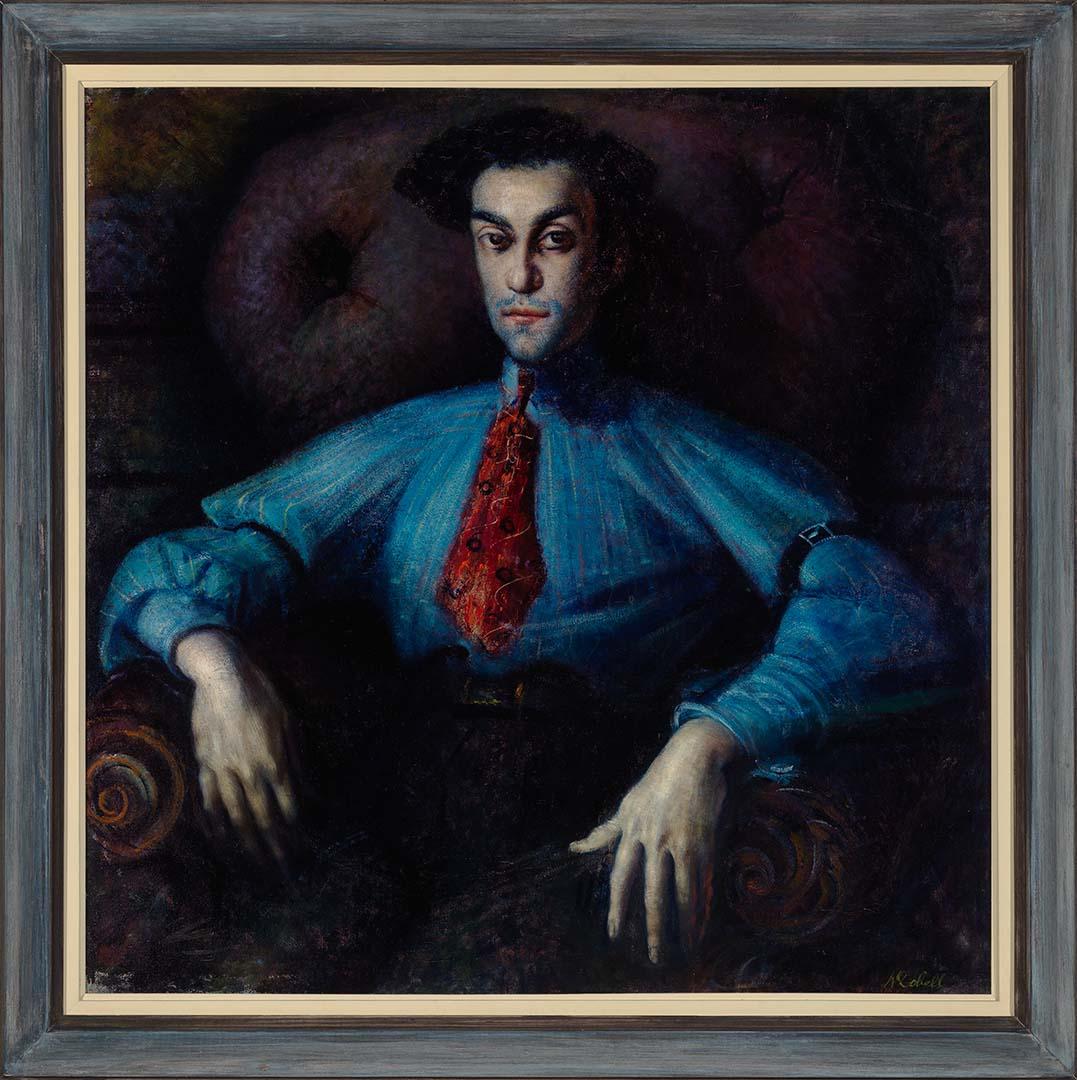 For biographical information see Acc. no. 1989.063 'Additional information'. For information on William Dobell's portraits see Acc. no. 1:1783 'Additional information'. When William Dobell returned from Europe in 1938, he carried with him several sketches of Aegus Gabrielides. Dobell had completed these during the 1930s while he was a student at the Slade School in London. Aegus, a waiter in a restaurant frequented by Dobell, had been a regular model for Dobell and his artist friends. Among these sketches was the 'Sleeping Greek' 1936, a popular Dobellian icon now in the AGNSW collection and a detailed work in oil which was to become the predecessor of 'The Cypriot' now in the QAG collection. Dobell, however, was to wait until 1940 to paint the finished work considered by the artist to be one of his 'best' character studies. Dobell's enquiring interest in people and their situations is evident in his London works. Despite their expressionist inspiration and style, these paintings reveal his astute observation and keen eye for the personal details and individuality of each of his subjects. 'The Cypriot' is a more considered work and tends to quote the ordered distortion and tension of the 16th century Mannerist tradition of artists such as Bronzino rather than the emotional spontaneity of the Modern Masters he admired such as Van Gogh and Soutine. The stringent ordering of volume and form in this portrait is difficult to find in the Soutine portrait 'L'homme aux rubans' (Man with ribbons) 1921-22 (QAG Acc. no. 1988.135). Despite the expressionist approach of both artists and although both sitters display an uncomfortable relationship with the chair on which they sit, the Cypriot's piercing glare betrays a confidence and poise absent in Soutine's tortured figure. In his defence of Dobell in 1944 during the NSW Supreme Court case concerning the 1944 Archibald Prize, Paul Haefliger when describing the characteristics of a portrait stated: 'by likeness I don't mean a likeness to the features of the head of the sitter, but to his general physical bearing as well'. It was this type of 'likeness' that Dobell was to capture in the great portraits he painted during his career as an artist. It is this 'bearing' that is so dominant in Dobell's 'The Cypriot' and later reiterated in his 1955-57 'Portrait of Dame Mary Gilmore'. In 'The Cypriot', Aegus has lost his bohemian flowing silk tie so prominent in the 1934 oil sketch now in the NGV collection. His loud, yet warm maroon shirt has been replaced by one in more formal blue, firmly and neatly secured with armbands. To balance the power and strength of Aegus's head and shoulders, Dobell has emphasised the hands of the subject in this work (reportedly those of Joshua Smith - the subject of Dobell's fateful winning entry in the 1944 Archibald Prize). Dobell's choice of title for 'The Cypriot' hints at an obvious interest in race and nationality. In the various paintings and drawings of Aegus executed by Dobell we do not only see the 'very quiet sort of chap, well mannered, very lazy, harmless individual' described by Dobell, but also a portrayal of the sitter's Greek heritage and Cypriot nationality. With the blue of a Mediterranean 'after five' shadow still a mystery for many Australians in 1940, 'The Cypriot' is as much a depiction of cultural difference as a portrait of an individual. It may have been with the wit and sardonic humour of his London sojourn that Dobell approached his first sketches of 'The Cypriot' in 1934, but it was a more sedate and nostalgic artist who completed the final work in 1940. This figure, very close to Dobell's Archibald Prize winner, would have, however, been seen by the audience of the time as exaggerated and distorted, making it a very radical purchase for the Gallery in 1943. Elizabeth Bates, Education Officer, May 1991.

William Dobell was renowned for his incisive portraits, and won the Archibald Prize for portraiture three times (1943, 1948 and 1959). He often embellished aspects of his sitter's appearance in order to draw out their most distinctive traits.

This is true of his portrait of Aegus Gabrielides, the young man who regards us with indifference in The Cypriot 1940. Gabrielides was a Greek waiter who worked in the London cafe frequented by Dobell in the 1930s. While Dobell's early sketches portray an unassuming figure, the finished painting presents a far more imposing character.

When painting a portrait, Dobell usually completed a series of pencil sketches in the sitter's presence, seeking to capture key characteristics. He would then embark on a number of small studies in gouache or oil, each reflecting a different mood.

Dobell would paint the final version of the portrait based on these preliminary sketches, selecting the most insightful as a guide, but working neither directly from it, nor his model. 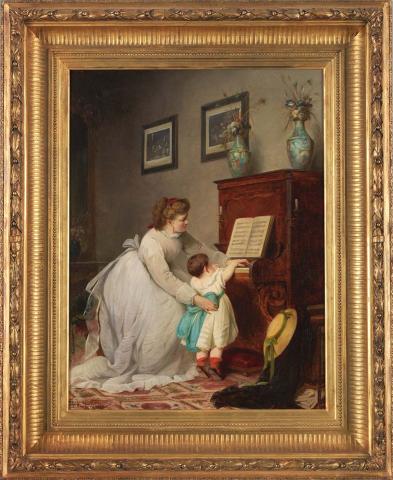 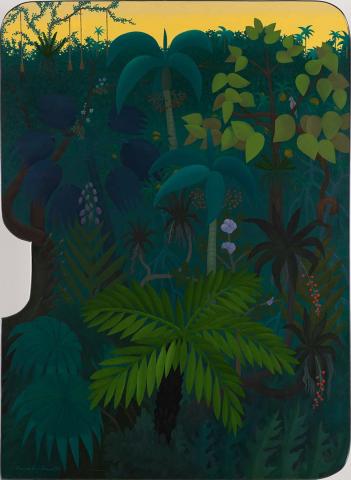 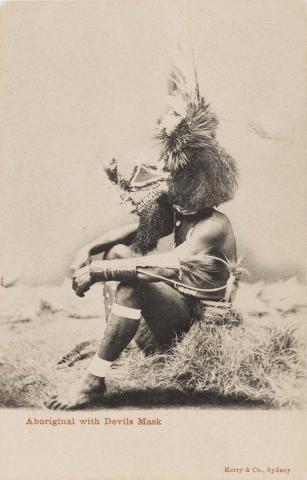 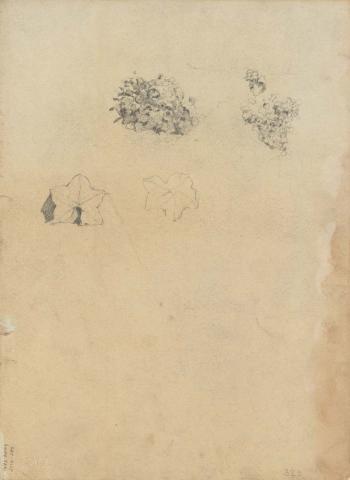 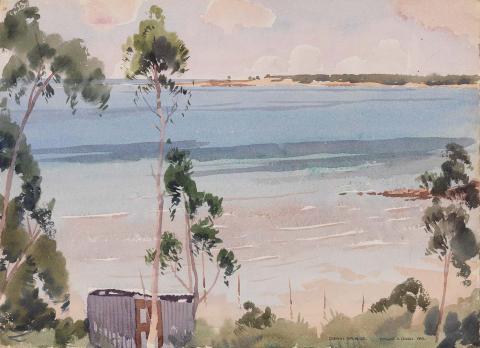