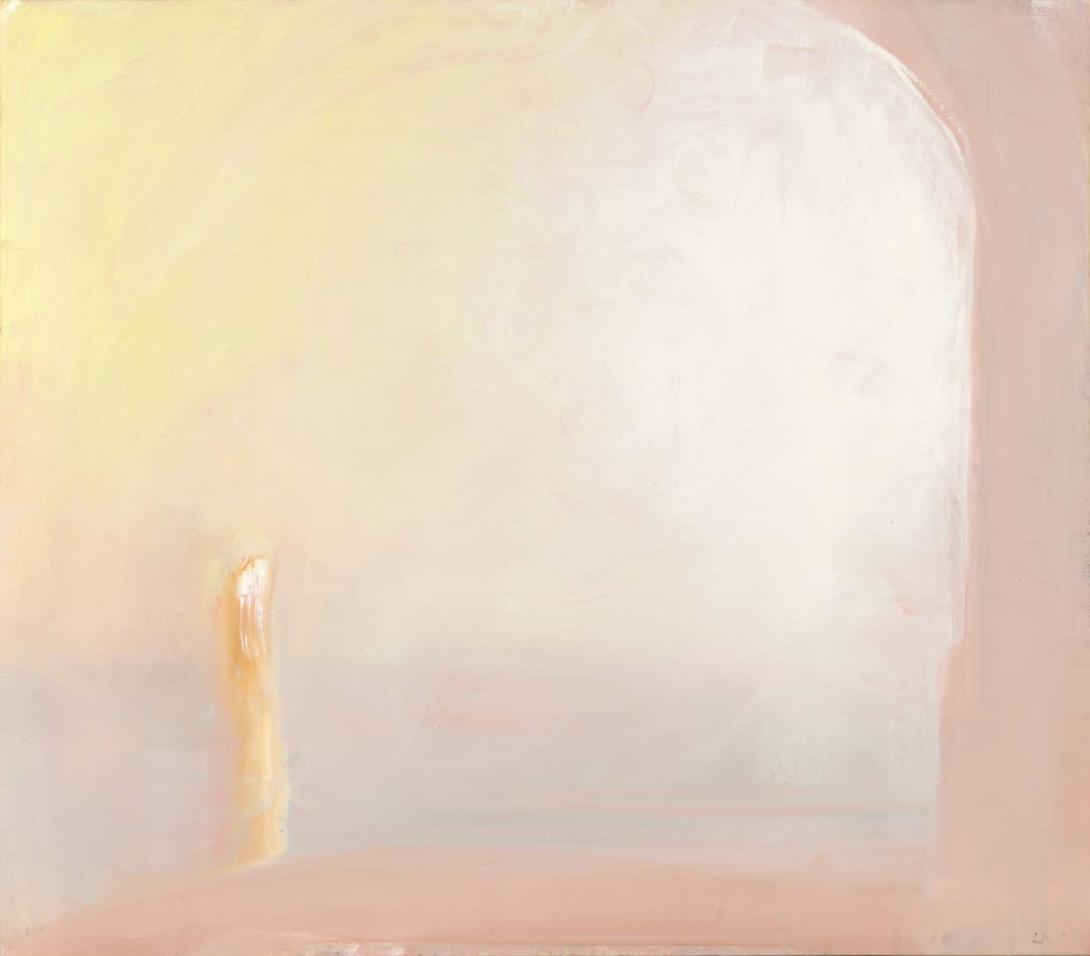 The career of Lloyd Rees was at once unique, distinguished, and - extending as it did beyond seven decades - perhaps the longest in the history of Australian art. He was a painter whose contribution continues to be recognised, who is still admired and respected throughout the art community, and loved by those who knew him ... Lloyd Rees spent the whole of his artistic career engaged in a deeply meditative approach to art, life and the environment. Rees was born in Brisbane on 17 March 1895, twelve days before the official opening of the infant Queensland Art Gallery. From his early home life he developed a lifelong love of European culture. He gained his art training at the Central Technical College in Brisbane. As an early stylistic model, he adopted the romantic Italian drawings of Joseph Pennell, Whistler's friend and countryman. In 1915 Rees began to exhibit at the Queensland Art Society and, at the invitation of Sydney Ure Smith, he moved to Sydney in 1917. His first view of Sydney was from the 'S.S. Canberra' in 1916, and seems to have been a key influence on much of his early work. He writes in his memoirs of golden foreshores, russet trees, the terrace-contoured hills, and capturing the creamy light on the faceted facades of city buildings. In 1923 the first of six visits to Europe produced free, romantic, pen and watercolour works which owed something to Turner's Swiss watercolours. The realistic oils from the 1920s and 1930s, painted en plein air, were chiefly analyses of light, influenced by Gruner's 'Morning light' paintings and painted with Corot's subdued palette. Attracted by the works of Bonnard and Utrillo, in the 1939 'Melbourne Herald' exhibition, Rees began to introduce more colour into his work, and his style became freer and more painterly. In the 1940s his view was broader still, his paintings larger in scale and his brushwork more spontaneous. Lloyd Rees's major works from the 1930s to the 1960s were dark in tone, despite the considerable use of white in his earliest paintings. In 1967 he worked in the high keyed light of Tuscany and, when he saw the Bellinis in Venice, he was confirmed in his desire to paint light. Rees said that previously, in his pencil drawings, he had watched the form of the rocks and looked for the shadow. Then, with the turn to titanium white, 'I began to look for the light rather than the shadow'. Another significant element in Rees's work in the 1970s, noticed by Lou Klepac, was the further spiritual dimension it acquired, providing a spiritual conclusion to his life's work ... 'The sunlit tower' was painted in Hobart in December 1986. The 'tower' is the Wrest Point Casino, but Rees has made a mystical work of it. [It was the winning entry in 'The Jack Manton Prize' of 1987.] Lloyd Rees thought his later paintings to be 'visionary works'. 'I've inevitably moved into a visionary world, because before my eyes started to get weaker I'd lifted my whole key and I worked with just a slight motivation and then built the picture round it, never really topographic.' Among the many awards won by Rees were the 1937-38 silver medal for drawing at the Paris Exposition, the Godfrey Rivers Prize (1941), the Wynne Prize (1950), the Commonwealth Jubilee Art Prize (1951), the Dunlop Prize (1954), and the H.C. Richards Prize (1964). A retrospective of his work toured Australian State galleries in 1969-70. Rees was awarded an honorary Doctorate of Letters from the University of Sydney in 1971, and the Australian International Co-operation Art Award the same year. In 1978 he was awarded the CMG for services to art, and the Companion of the Order of Australia in 1985. The work of Lloyd Rees is represented in all major Australian collections. Edited extract from: MacAulay, Bettina. 'The Jack Manton Prize 1987 ...', QAG, Brisbane, 1987. Lloyd Rees died in Tasmania in 1988. 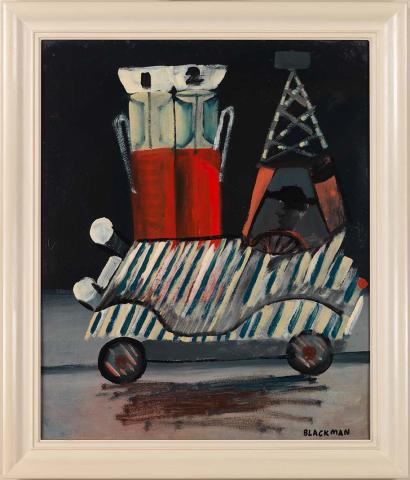 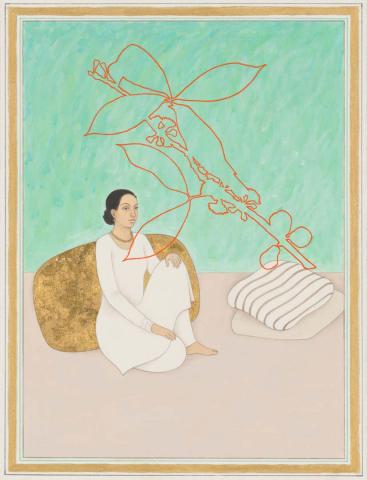 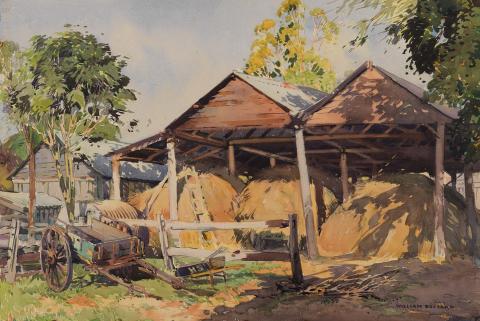 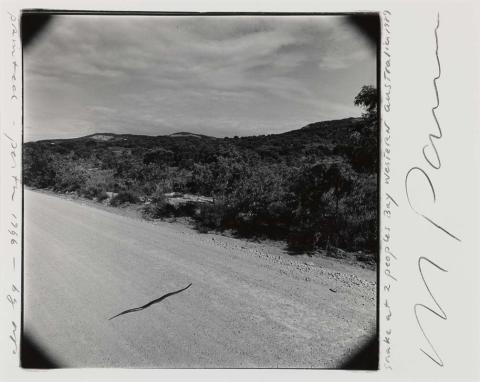 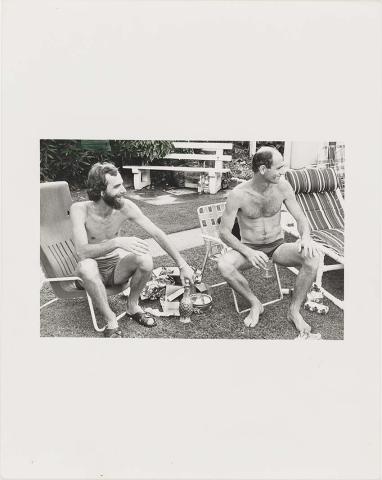 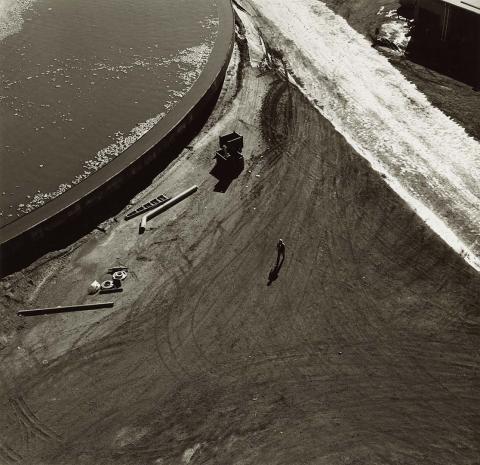 Saraji mine (from 'Journeys north' portfolio) 1986