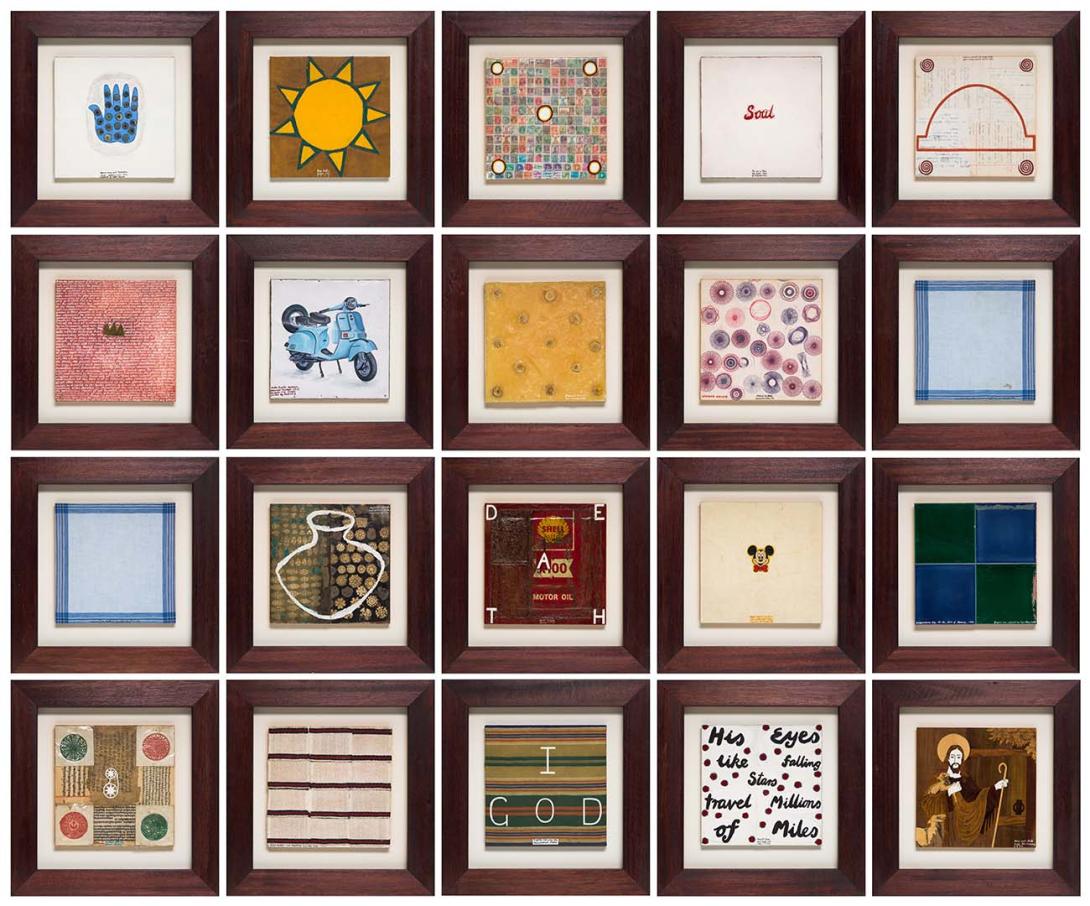 The 'Indian journal' by Peter Atkins is a set of souvenirs, mainly objects found during a visit to India in 1993, and also an accumulation of personal thoughts and reflections which were evoked by these objects. The work has as much to do with the artist's life as has to do with India. It is presented like a journal, with paintings and collages on identically sized canvas boards corresponding to the entries on a sequence of pages. The images are combined with liberal use of text, which sometimes takes over the entire suface. The objects which he incorporated into this work are generally unremarkable, and their everyday character, combined with association with a particular place, suggests the accumulation of experience in a journey through life. (A similar work, the 'World journal', documents a journey around the world and was awarded a gold medal at the 1994 Indian Triennale in New Delhi.) In reviewing Atkins' work the critic John McDonald commented, 'It is almost a cliche to say that one travels to foreign climes only to discover what lies within'. Atkins is an obsessive collector and at his Melbourne home has extensive collections of textiles and New Guinean and Aboriginal artefacts. The objects incorporated into the 'Indian journal' are generally not instantly recognisable as Indian, and the artist has avoided touristic amateur ethnography. Often the incongruity of what he picked up on the spot evokes his own sense of dislocation as a traveller, for example the Mickey Mouse head and English tiles from Rajasthan. He says of his use of found materials that he is 'attempting to challenge the notion of fine arts and fine art practice - to break down the concept that art is precious or reverential'. By avoiding obviously exotic artifacts and concentrating on the banal, Atkins finds a different kind of authenticity in a foreign country and reflects the global culture which links people in all parts of the industrialised world. 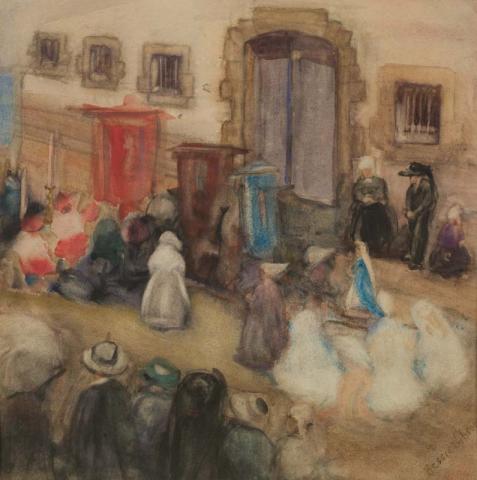 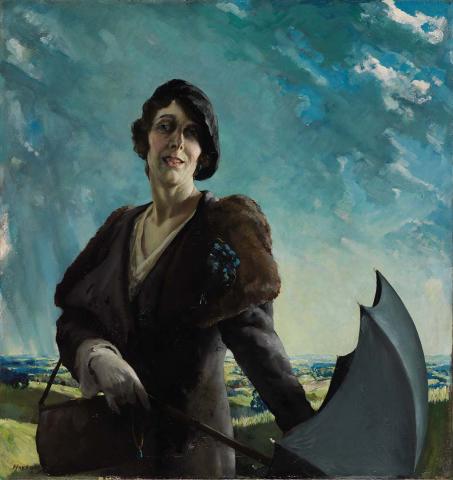 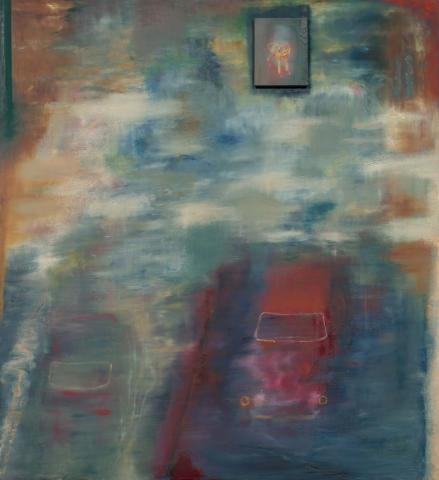 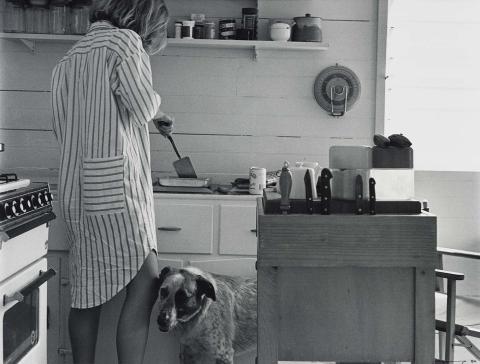 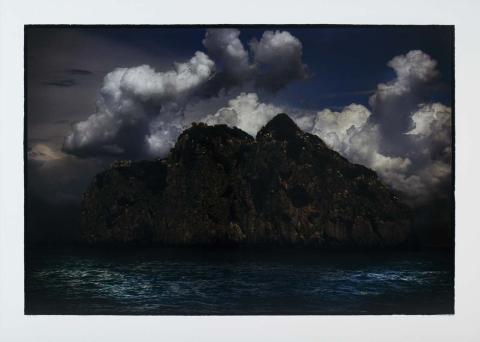