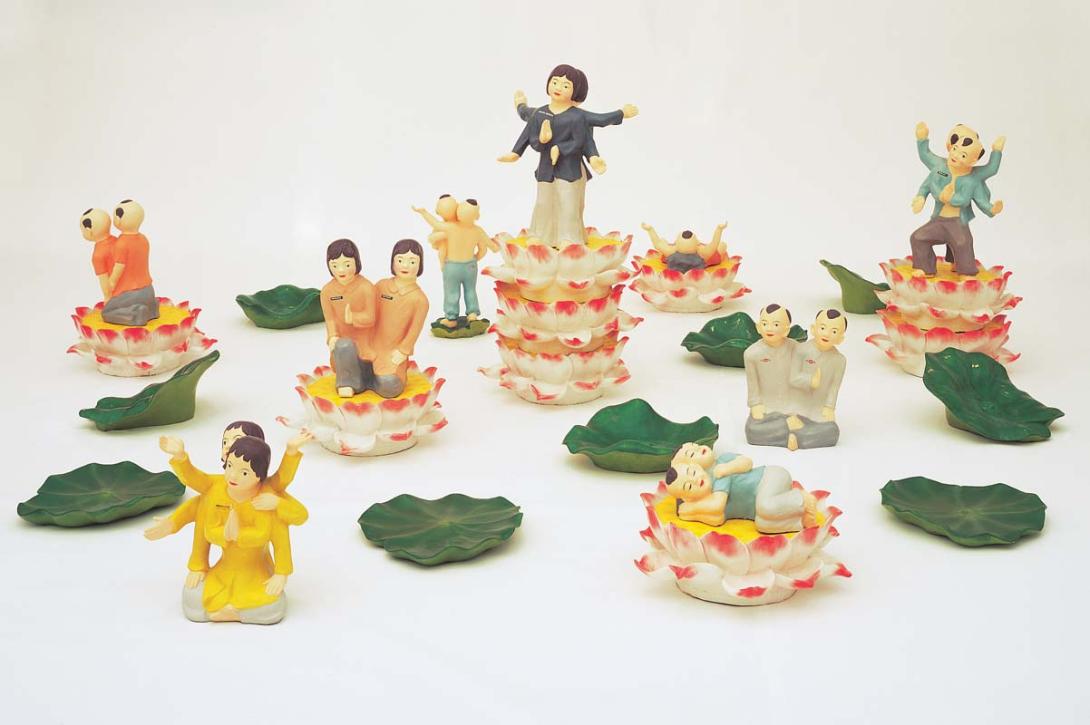 Dinh Q Le was born in 1968 during the Vietnam-US War. Le's hometown of Ha-Tien, a Vietnamese town in the southern province of Kien Giang that borders Cambodia, was invaded in 1978 by the Khmer Rouge. Fleeing with his family to Thailand, Le remained in a refugee camp for a year before being granted asylum in the United States in 1979. Reflecting on these experiences of violence and displacement, Le investigates the nature of identity and memory in post-war Vietnam and how the legacies of warfare are entwined with Vietnam's ambivalent aspirations for progress. Le's work highlights the impact of historical events on individual lives, presenting an optimistic approach to the experience of survival.

In Lotusland, Le explores the effects of chemical defoliants heavily used by the United States during the Vietnam-US War. Emphasising how exposure to the dioxins in these chemicals has permeated bodies, memories, and land in Vietnam, Le strategically interweaves social agency with forms of popular culture. Lotusland comprises a number of human-scaled fibreglass figures of Siamese twins made by craftsmen responsible for carving temple sculptures.

Lotusland was inspired by Le's experience of visiting rural towns in Vietnam, where communities often worship conjoined twins as 'special spirits'. The deification of these children, believed to possess the power to protect and bestow luck, reduces the distinction between mythology and the realities of congenital malformation. Often dying young as a result of insufficient medical treatment, the children are, in effect, memorialised in Lotusland.

Le configures their bodies to resemble deities drawn from Buddhist and Hindu iconography. Refusing to sensationalise his subjects, he situates the children on lotus flowers and leaves, thereby connecting them to the Buddhist symbols of purity and enlightenment. Their defective bodies no longer constitute simply the suffering and stigma of war. They appear instead as creatures of reverence, to be honoured rather than rejected for their pain and deformities.