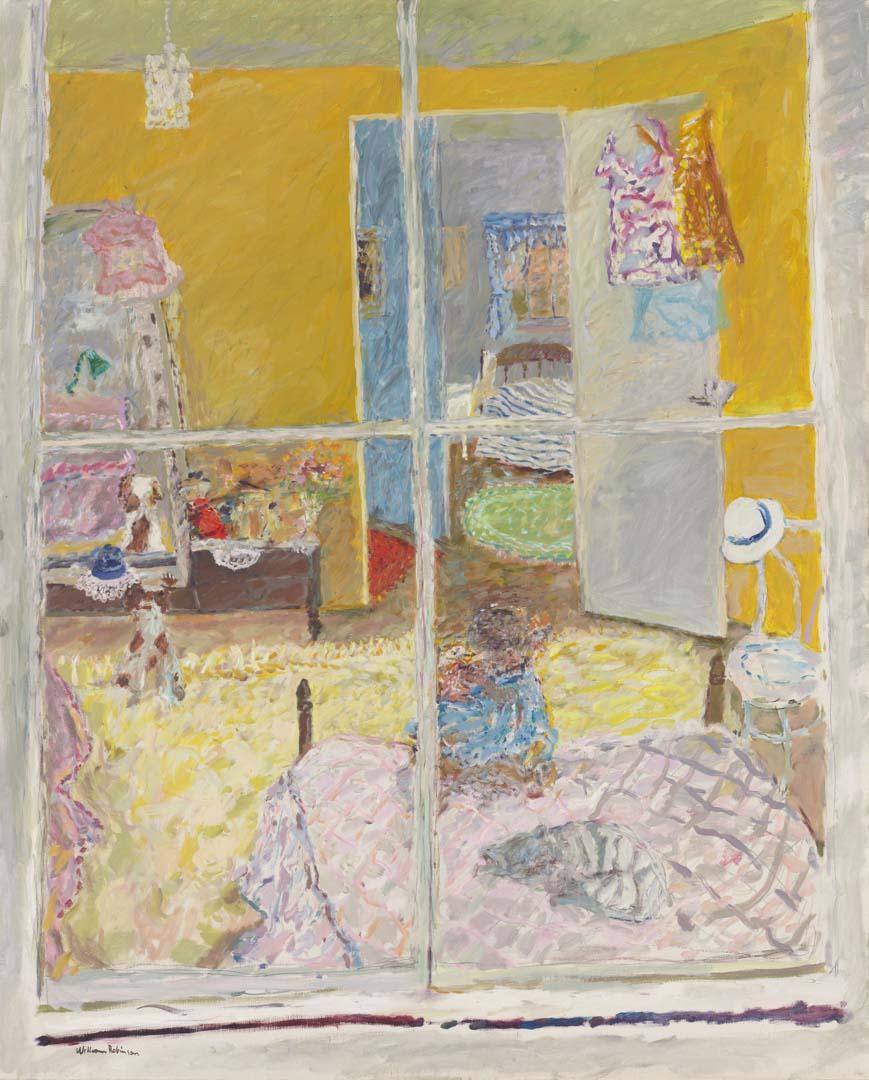 For biographical information see Acc. no. 1985.037 'Additional information'. In the 1970s, William Robinson was influenced by the work of French artist Pierre Bonnard. He studied Bonnard's approach to painting: his luminous colour, his compositional devices and his ability to imbue ordinary aspects of daily life with poetic feeling. Robinson's early interiors reflect the comforts and security of family life in suburban Brisbane. Robinson has commented about Bonnard's influence on his work: 'I was very influenced by Bonnard. I still think that for me, he is the greatest painter of this century - for me, not necessarily for others, and the most wonderful and spiritual colourist. But I was influenced by the Bonnard of small book reproductions, where the colours were rather heightened. I was surprised to see that Bonnard's colours were quite different when I saw the actual paintings. I came down to Sydney to see that wonderful exhibition in 1972. I thought it was a wonderful exhibition, just the most wonderful exhibition.'(1) 'Sophie in her bedroom' is one of the most successful of Robinson's Bonnard- inspired works. It depicts the bedroom of a small girl - Robinson's youngest daughter Sophie. This intimate domestic interior is resonant with colour and ambient light, the atmosphere enlivened by a dazzling yellow wall. The artist has manipulated space through the use of broad, flat areas of colour and perspectival devices. The window frame, mirror and doorways have been used to allude to spaces beyond our immediate focus of attention. Adapted and expanded from 'William Robinson'. Visual Arts Online. <> by Alison Lee, Research Assistant, Dec. 2002. 1. William Robinson quoted in Seear, Lynne (ed). 'Darkness & Light: The Art of William Robinson'. QAG, Brisbane, 2001, p.59. The cherished sight of a child at play in a light-filled room. Small girls have a way of concentrating on play that shuts out the rest of the world, especially the part that involves parental calls to order - entreaties to bathe or make tidy or to come to the table. Here is little Sophie Robinson, head down, hands busy, patiently and determinedly ignoring her father as he summons his full concentration to paint and sketch the charming scene she animates. There is love in this image - so much so that it takes the breath away, knowing as we do now that Sophie is gone, lost to the mother who made this bright home and to the father who prioritised it so firmly that it was the preoccupation of his art for years. There is humour too - an alert little dog checks out the 'presence' at the window. Robinson makes the prosaic incidents of every day sing with wit and colour. His subject in those early years was his own family life, its cosiness and (dis)order, its covert gestures, its moments of deep-rooted habit and occasionally fragile but more often hilarious intimacy. In this world the artist is both agent and voyeur. The painting is enlivened by colours and patterns that shriek of the seventies. The room takes on the shimmer of a view through glass. Some of the objects are drowned by the acidic yellow light emanating from walls and floor - the clutter of the still life on the dresser, for instance. Yet the profusion of details and the ambiguous (curiously flat) surfaces are regulated by a vigorous structure made up of boundaries, abutments and thresholds. The emphatic lines of the window frame and pane are emblazoned across the whole composition, dividing the room into manageable vignettes, and anticipating the final, framed state of the painting. We are made aware of how intimate the dialogue between individual and environment can be; we are humbled by the life that emanates from simple objects and from homely rooms populated by familiar figures. Like Bonnard, William Robinson has occasionally been accused of working too much in isolation. But despite the reliance on his long-dead mentor, Robinson convincingly engages, in works such as 'Sophie in her bedroom', with one of the great aesthetic legacies of modern art. He seeks a way to represent both figure and form; to win, in other words, the war against formlessness. Adapted from Seear, Lynne. 'The colour of daily life: Sophie in her bedroom', in 'Darkness & Light: The Art of William Robinson'. QAG, Brisbane, 2001, p.62, by Alison Lee, Research Assistant, Dec. 2002. 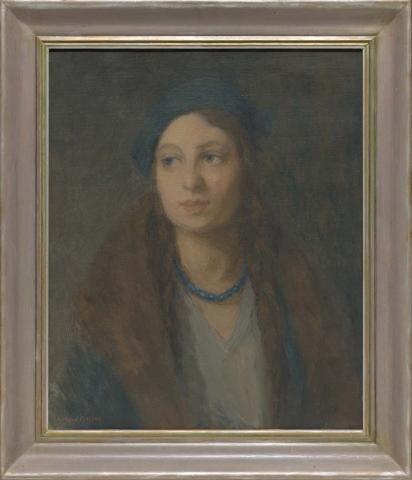 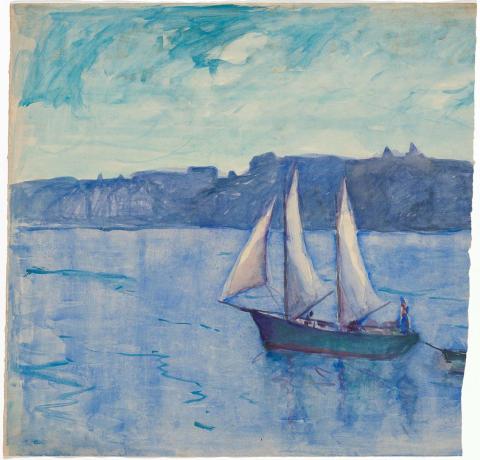 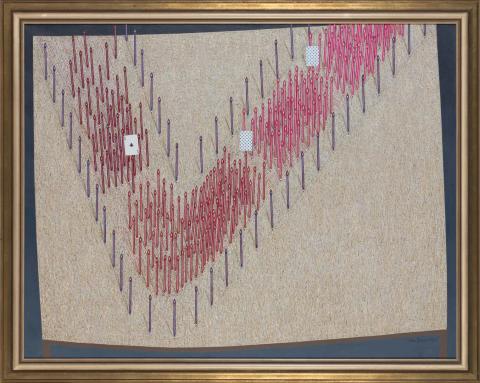 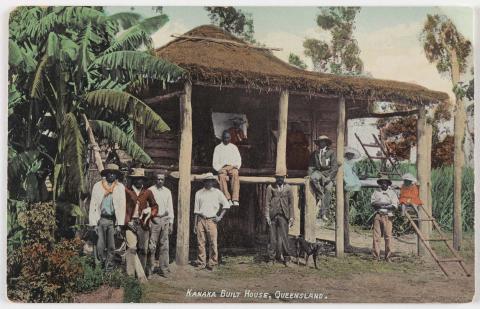 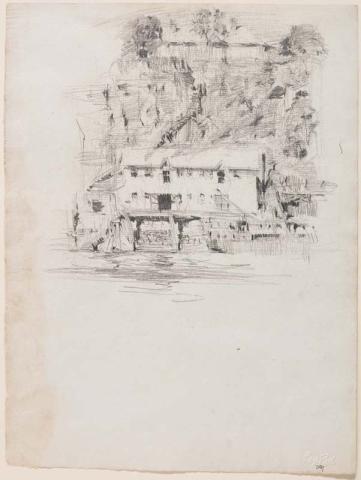 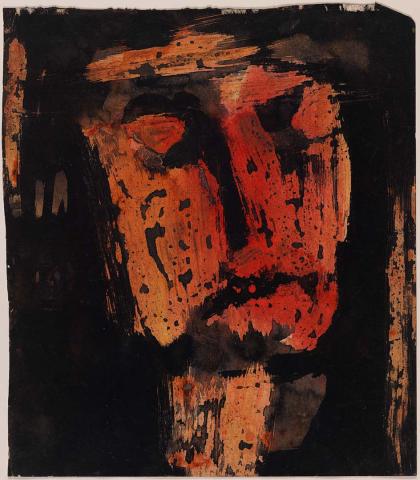