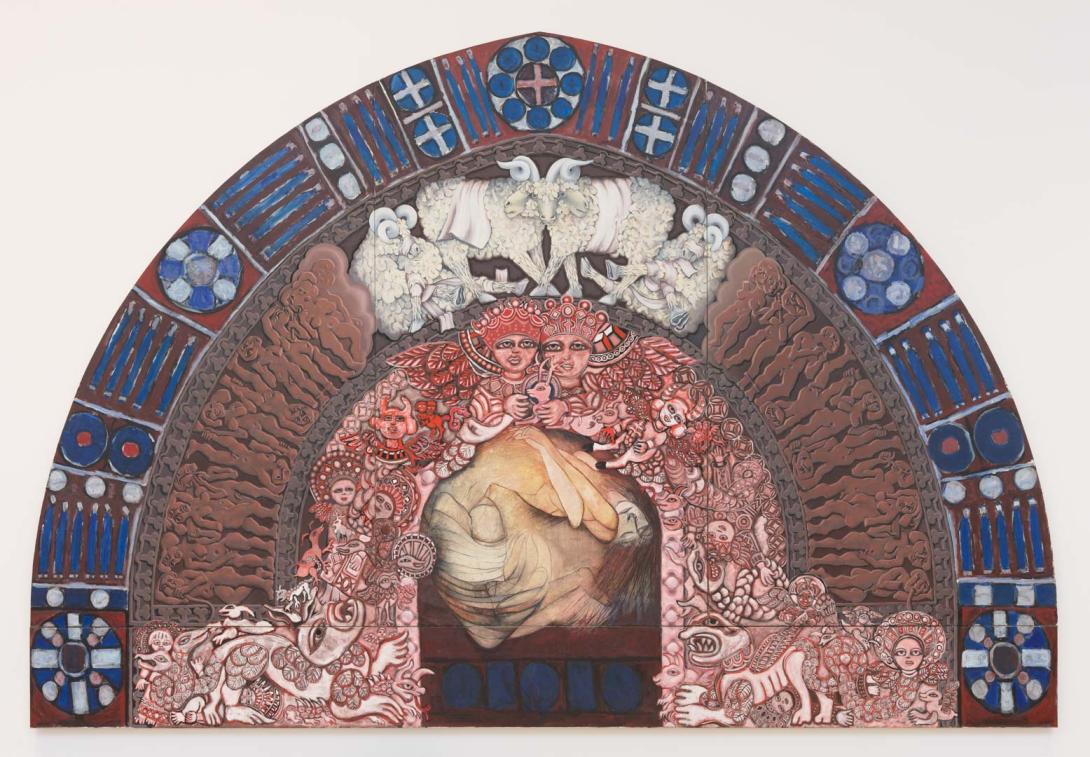 The tympanum is an ancient, traditional and extremely decorative, architectural device used to complete an important doorway niche. It is usually a sculptural unit contained within the lunette which occurs when rectangular doors are set in a rounded or ogival entrance archway. The medieval tympanum was part of a complicated and schematic arrangement of carved stone reliefs. It fulfilled a very particular and highly traditional role in the overall educational/ decorative role of a church. Its forms varied from building to building, however the iconography was seldom radically divergent. Its main theme was judgement. In 'Tympan', Mirka Mora's animistic underworld is surrounded by twin angels who hold a peaceful moonbreast. Baldessin's Mary Magdelen, replaces the figure of Christ, The Almighty Judge. Kossatz's sheep may be seen as symbolising the eternal human condition. Sibley represents life as it happens. All these elements are 'framed' by Kemp's non-figurative frieze which uses a chain of archetypal contemplative symbols. For biographical information on George Baldessin see Acc. no. 1990.265 'Additional information'. For biographical information on Les Kossatz see Acc. no. 1:1610 'Additional information'. For biographical information on Andrew Sibley see Acc. no. 1989.140 'Additional information'. For biographical information on Roger Kemp see Acc. no. 2007.219 'Additional information'. Mirka Mora was born in Paris in 1928 and studied art there. She arrived in Australia in 1951 and continued the study of art in Melbourne. She was, with her husband the art dealer Georges Mora, very active in the support and dissemination of the ideas and styles of European Modernism in Melbourne. Mirka and Georges Mora were both early members of the Contemporary Art Society of Victoria. She taught at the Victorian College of Advanced Education from 1973 and at the Royal Melbourne Institute of Technology from 1978. Her interest in child art and folk culture produced a distinctive naive style. She has also produced dolls and murals. Her interest in Medieval European art is associated with a fascination with the fantastic monsters and mythological beasts seen in early Romanesque sculpture. Mora is a painter, illustrator and teacher who has been an idiosyncratic but respected outsider to the mainstream of twentieth century Australian art. 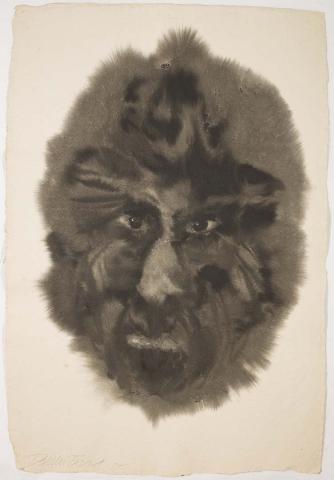 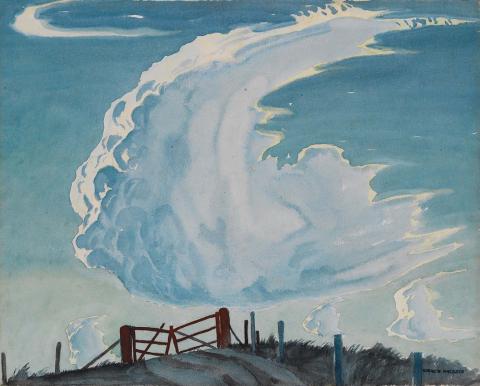 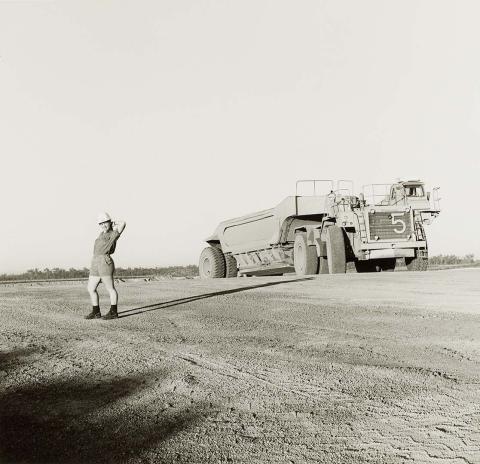 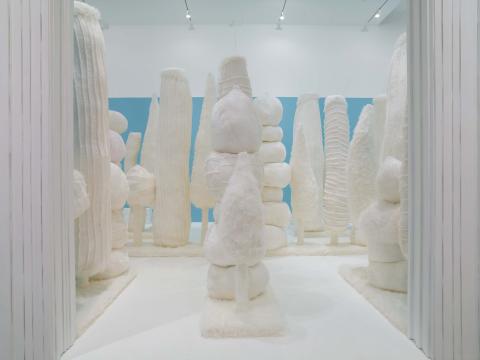 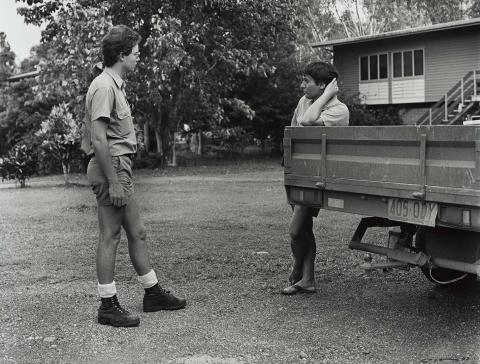