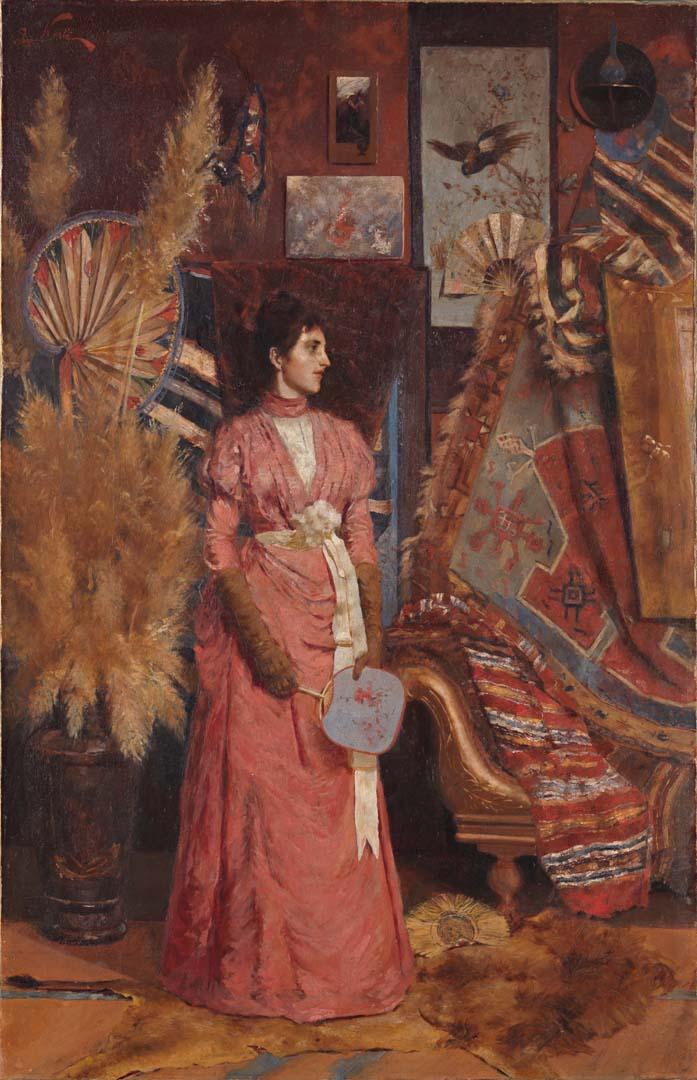 The sitting is as much a portrait of the artist and his surroundings as it is of the elegantly dressed woman depicted. Nerli has included an assortment of decorative elements and motifs which would have fascinated sophisticated Australian audiences in the late 1880s. A taste for things 'Oriental' filtered into Australian art during the late nineteenth century through French and English painting which had, in turn, been influenced by Japanese art. The vases, fans, Japanese screens and exotic fabrics draped around the studio reflect the popularity of this style. The studio shown in the painting was established by Nerli in 1887 at Norwich Chambers in Hunter Street, Sydney. The image that can be seen directly above the subject's head is believed to be Nerli's painting The ascension c.1887.