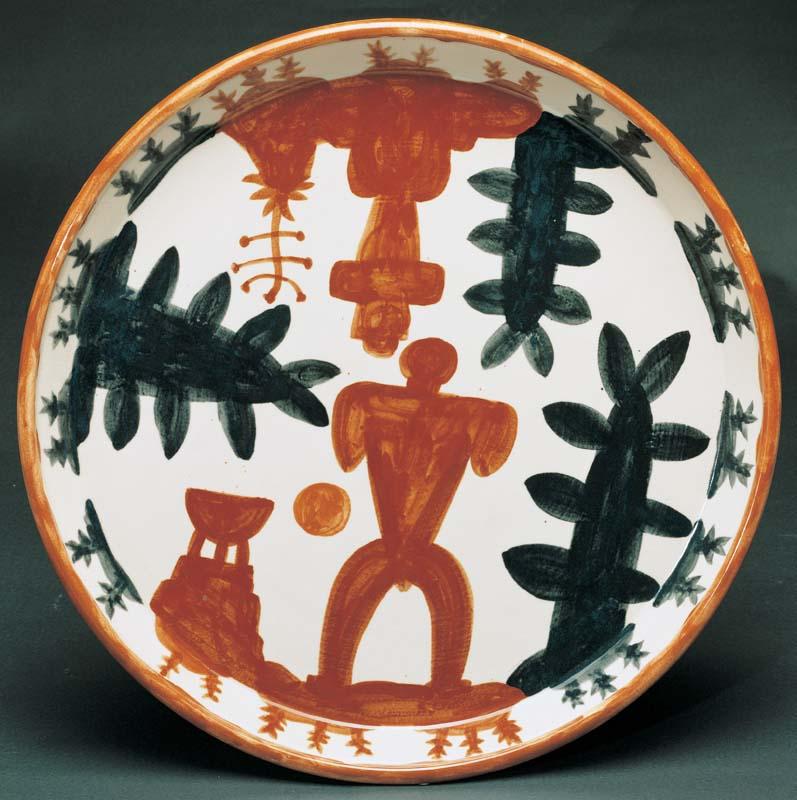 Queensland potter Errol Barnes trained under Milton Moon and Carl McConnell at the Central Technical College, Brisbane, in the early 1960s. His early solo exhibitions include Design Arts Centre, Brisbane (1969), Gallery 1-11, Brisbane (1970), Ray Hughes Gallery, Brisbane, and Aladdin Gallery, Sydney (1974). Barnes was involved with setting up a commercial pottery business on the Gold Coast hinterland, the Lyrebird Ridge Pottery, and in the early 1980s he established the Lyrebird Gallery in Brisbane.

An interesting development in Barnes's work was his collaboration with the artists of the Ray Hughes Gallery. Barnes would throw the pieces, which artists later decorated. Gavin Chilcott was one such artist: born in Auckland, New Zealand in 1950, he was educated at the Auckland Technical Institute (graphic arts) in 1967 and later the Elam School of Fine Arts, Auckland (1968-70). Chilcott has received grants from the Queen Elizabeth II Arts Council in 1980, 1984 and 1986, and his work is represented in public collections in New Zealand and Australia. He has exhibited extensively with commercial and public art galleries in New Zealand and with Ray Hughes Gallery in Brisbane and Sydney during the 1980s. Chilcott was represented in '20 Australian Artists', the Venice Biennale exhibition mounted by Ray Hughes Gallery and staged at Queensland Art Gallery in 1990. Over the years Chilcott's art practice has become all encompassing: he not only produces ceramics but also paints, sculpts, and designs furniture and rugs.

Around the time that Oceania was created, much of Chilcott's work was being expressed within decorative art traditions: his 1989 show, for instance, was composed of large urn shaped cut outs standing on the floor, and hand made furniture. A series of plates and bowls, decorated in the same vein as Table top: Oceania, were also exhibited at the Lyrebird Ridge Pottery.