For biographical and background information see Acc. no. 1994.121 'Additional information'. Robyn Djunginy's decorative bottle forms, woven from pandanus leaves, reference the introduction of bottled alcohol into Arnhem Land. As such, these works provide a reminder of the effects that this historical development has had on the Indigenous population. Macassan sailors were the first outsiders to introduce alcohol to Djunginy's community. For hundreds of years the Macassans sailed from Indonesia to Arnhem Land shores to trade and socialise; this interaction is celebrated annually by the Ganalbingu people in elaborate rituals. Interestingly, it is this inland group, from the fresh water Arafura wetlands, that upholds this ceremonial responsibility. As well as cloth, rice and knives, the Macassans introduced Arnhem Land people to the alcoholic drink Arak, which was distilled from palm sugar and contained in earthenware vessels. European settlers subsequently introduced other forms of liquor. Djunginy employs the bottle form in her work to focus attention on the adverse social impact that alcohol has had on Arnhem Land communities. The fibres used in these bottle forms are woven from the split leaves of the screw palm (pandanus spiralio), which are sundried and then coloured with traditional dyes: 2001.022a-b (brown bottle) - dyed with bulbs of the blood root grass; 2001.023a-b (yellow bottle) - dyed with root of Morinda citrifolia and the sandpiper fig; 2001.024a-b (natural bottle) - Natural fibre; and 2001.025a-b (yellow bottle) - dyed with root of Morinda citrifolia and the sandpiper fig. Adapted by Trish Johnson, Curatorial Assistant, Indigenous Australian Art, 2001, from notes supplied to the Queensland Art Gallery by Diane Moon, 2000. 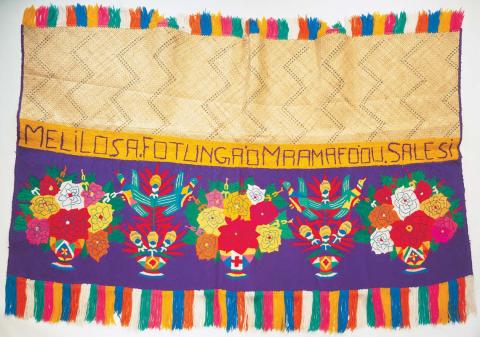 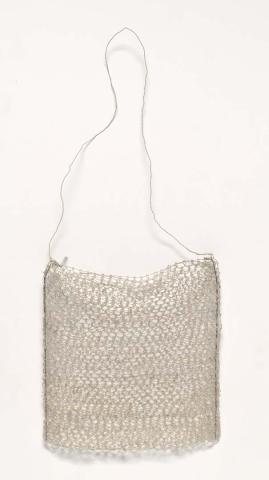 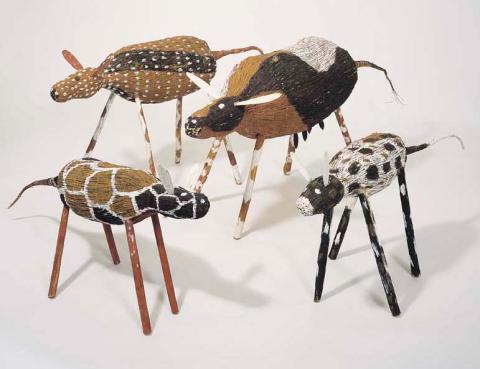 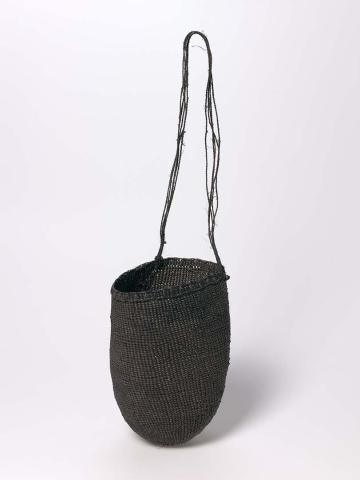 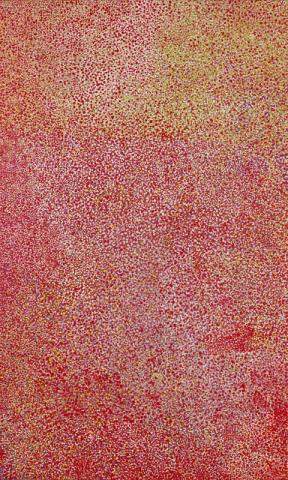