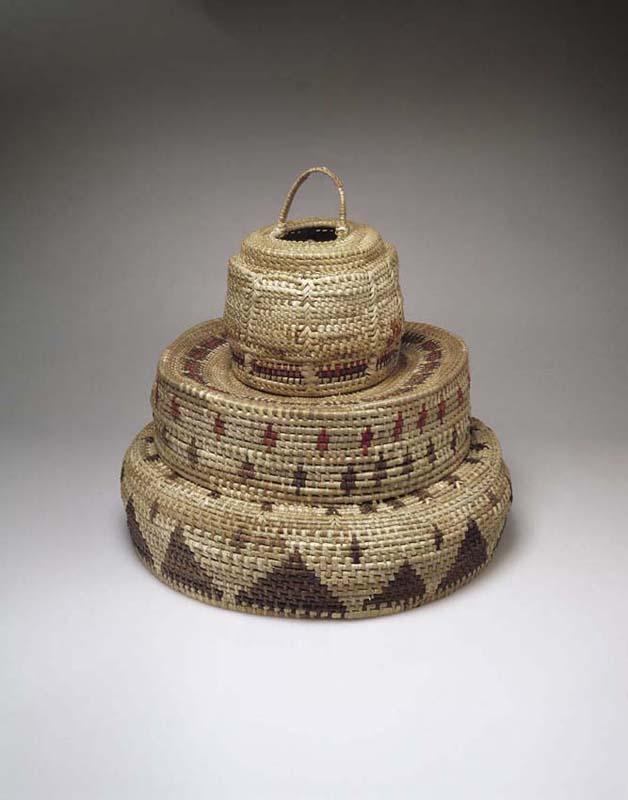 Philomena Yeatman, a Gungganyji woman, was born in Cairns Hospital in 1960 and raised in Yarrabah in north Queensland. She began her art practice in 1991 as a screenprinter, before weaving pandanus mats, a technique introduced to Gungganyji women which continues today. While most of the Gungganyji people's cultural practices were suppressed by the missionaries, weaving offered commercial tourist opportunities and thus a small industry developed. Around 1908 a woman named Jiga came to Yarrabah from Saibai Island (less than ten kilometres off the New Guinea coast) and the missionaries asked her to teach the women to weave 'yagal', pandanus mats. In the same tradition as the Hermannsburg potters, the influence of craft introduced by the missionaries has been adopted and continued. During the 1950s Yarrabah Arts and Crafts products were displayed at the Royal Brisbane Show and sold at the Queensland Aboriginal Creations in George Street, Brisbane. The craft subsided for some years and was rejuvenated following the interest in the establishment of Yarrabah Pottery (now known as Guyala Pottery) in Yarrabah in 1990. Yeatman soon developed her own style, selecting from specialist weaving techniques taught to her by her grandmother, and today works closely with her mentor and aunt, Ruby Ludwick. They are often seen working at the Yarrabah Aboriginal Arts and Crafts Cultural Centre, inspiring each other to develop ever more distinctive and intricate patterns. This work, 'Yagal mura mura (Basket)' 2002 was commissioned for the Queensland Art Gallery's 2003 exhibition 'Story Place: Indigenous Art of Cape York and the Rainforest'. It is an excellent example of Yeatman's innovative approach to weaving, pushing her limits with the shapes and construction. Baskets such as these take many weeks and are woven using the fibre from the pandanus palm (yagal) and the cabbage palm. While the fibre is green it is rolled up, dried and dyed with natural pigments found in a variety of root barks, to add to an already brilliant range of colours. After processing the pandanus and cabbage palm leaves, Yeatman boils them with the dyestuffs and then dries and rolls the dyed fibres ready for use. For the black, she has combined the mangrove root with the sap of the bloodwood tree. If the fibre is not to be dyed, it is woven green, and as it dries it enhances the basket's rigidity. Yeatman is a skilled weaver who continues to engage in the long-standing tradition of Yarrabah community craft production. Though craft practices were at times suppressed by well-meaning outsiders, Yeatman's current work speaks of a strong and vibrant future, expressed with intelligence and an irrepressible wit. In developing a variety of sculptural forms - made possible at times with the use of a supporting armature - she pushes personal boundaries as well as reinvigorating weaves and forms introduced to Yarrabah a century ago. Essay by Diane Moon, Associate Curator, Indigenous Fibre Art, with additional information by Trish Johnson, Project officer, Indigenous Australian Art, June 2003. 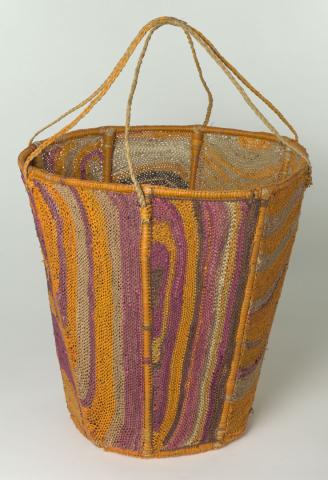 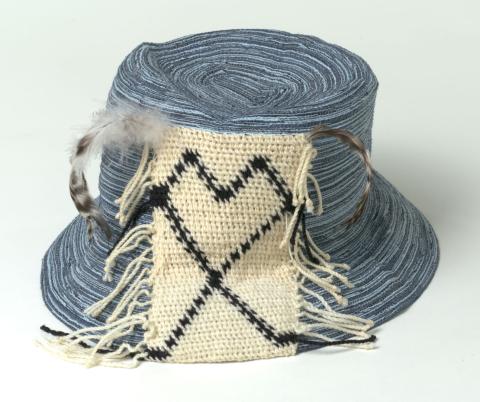 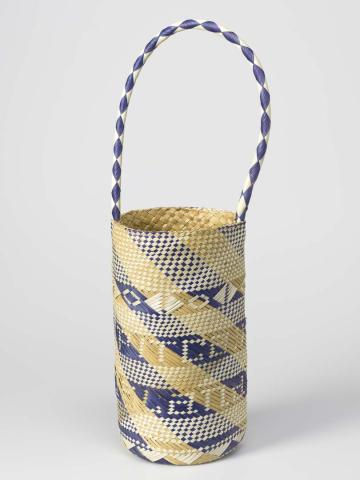 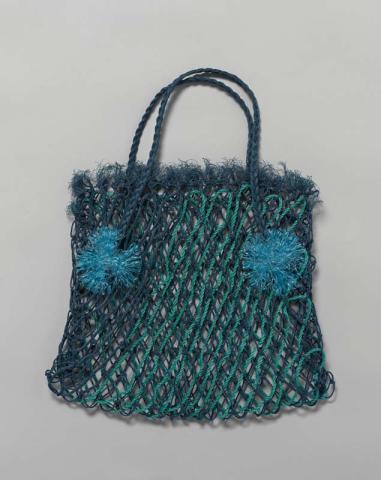 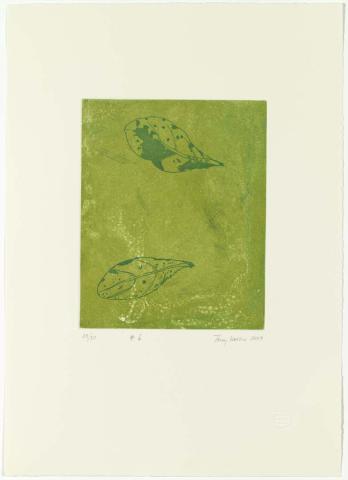