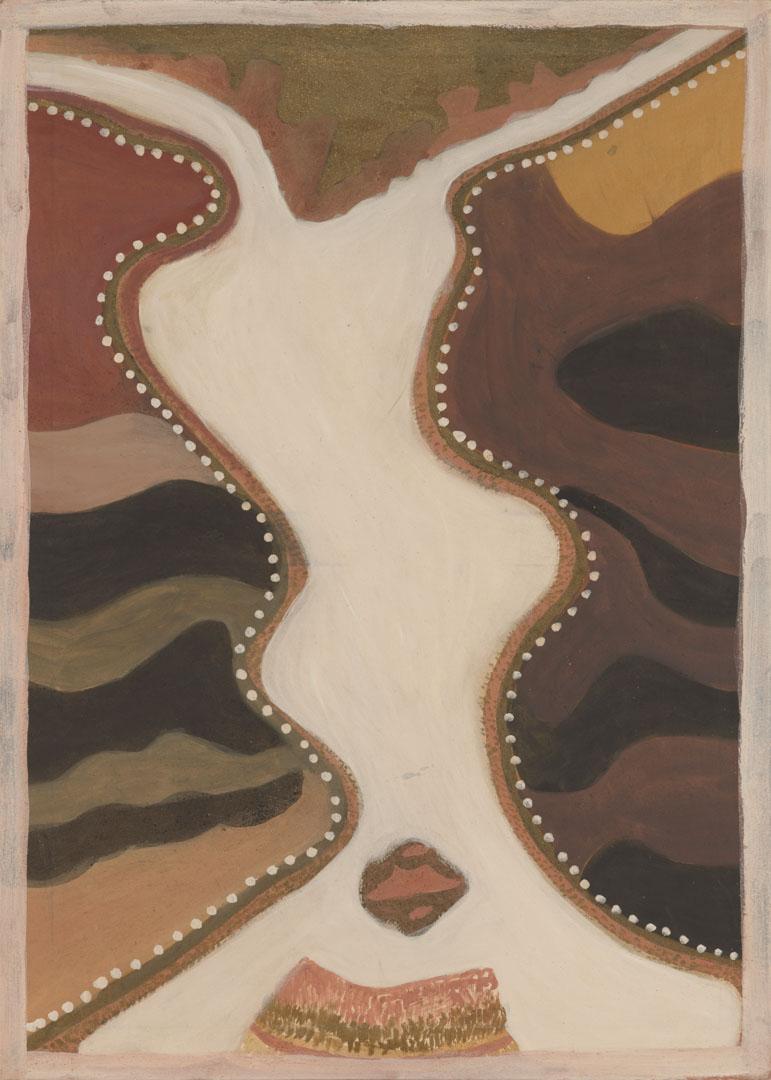 For biographical and background information see Acc. no. 2002.169 'Additional information'. This work, 'Wirdim (Red Butte), Ngarrgooroon country', shows the junction of the Ord and Alivira Rivers in the Kimberley region of north-east Western Australia. Depicted in the centre bottom of the painting is an island in the river and, below this, Red Butte hill (Wirdim) itself. The subject and the site of the painting is described as follows: 'This lies in Ngarrgooroon country, which is the artist's mother's and grandmother's country. The two rivers meet at a "koomajine" (junction) and flow past Wirdim. There is a "bunderre" (island) in the water near Wirdim. In the Ngarrangkarni (Dreaming), Ganggamerl, an old woman, kidnapped a young boy from Nine Mile and hid him on this island. She trapped him in a cave, sealed by a large rock. When the young boy grew up, he pushed away the rock and escaped. He swam across to the banks of the river and took off to Newry Station where he found his two brothers. His brothers called out to him and told him to climb a nutwood tree. Ganggamerl followed the boy and when she got to Ngajibawoobgernem (Newry Station) the brothers speared her through the legs and chest. They said to their little brother, "marra beyan dodbo (come down)" and told him to cut off the "devil devil's" head and to burn her body.'(1) The landscape is imbued with spiritual significance concerning the travels and exploits of the ancestors. Jandany has departed from his usual depiction of the landscape to insert into it the significance of the river, denoting by the use of white ochre that this is a spiritual space. Essay by Avril Quaill, Associate Curator, Indigenous Australian Art, Oct. 2002, with additional information by Trish Johnson, Project Officer and Community Trainee Coordinator, Indigenous Australian Art, Apr. 2003. 1. Interview with Hector Jandany, transcribed by the Art Co-ordinators, Warmun Art Centre, 2001. Text supplied by Seva Frangos Art, Melbourne. 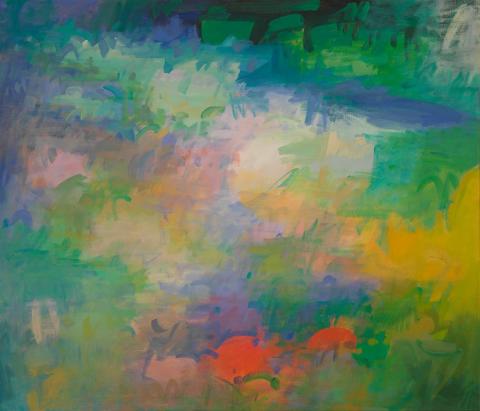 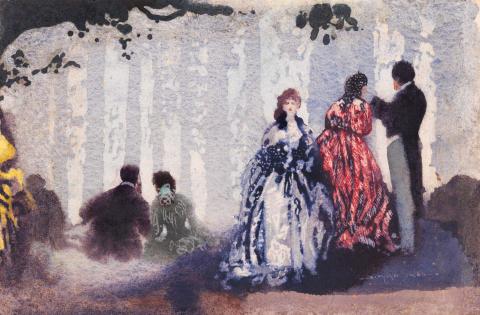 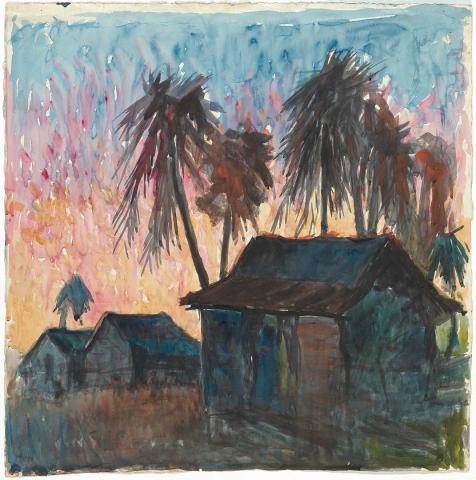 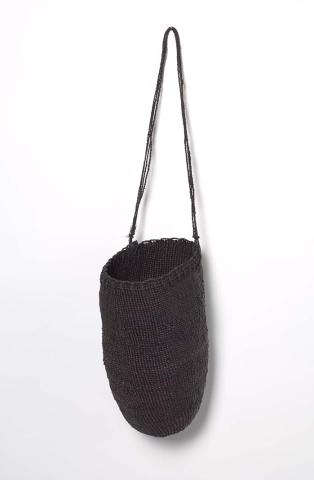