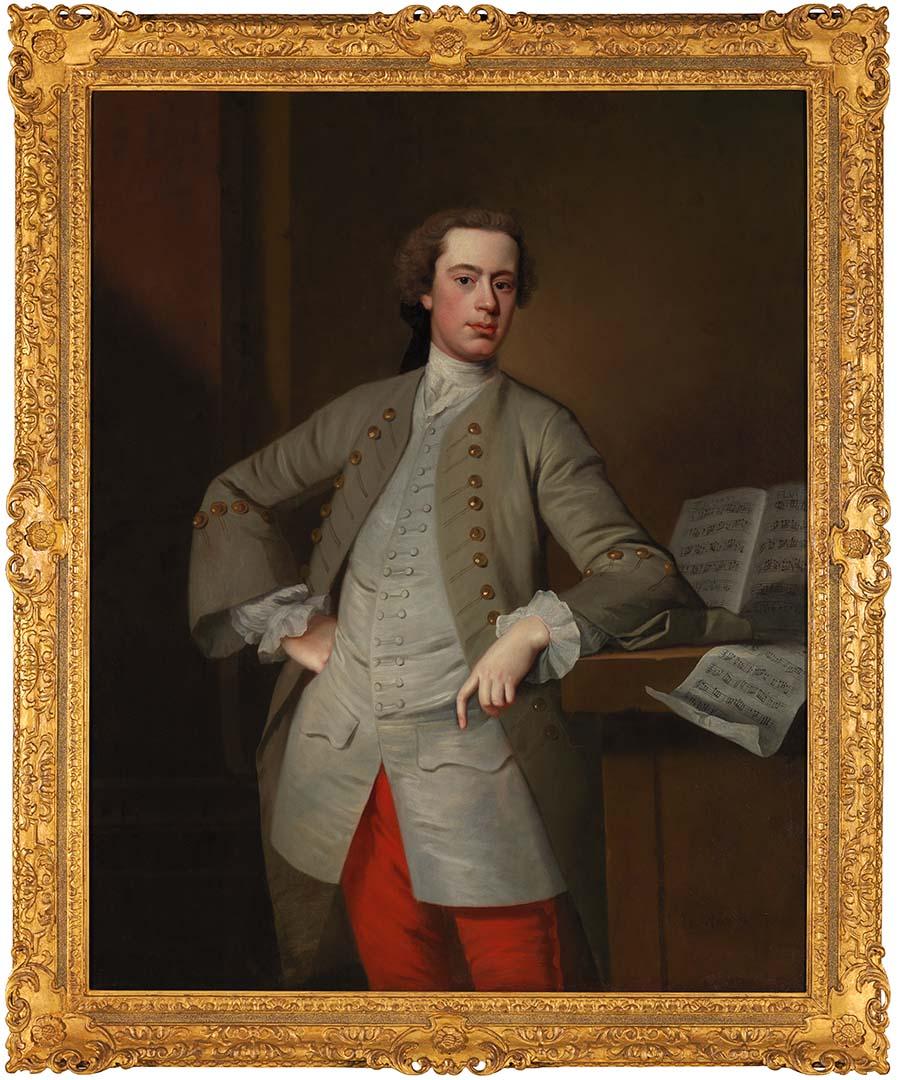 Allan Ramsay's portrait of William Foster is from the beginning of his professional career as an artist. Ramsay, who was born in Scotland, was working in London, having returned from a trip to study in Italy between 1736 and 1738. He was already enjoying remarkable success when this portrait was painted in 1741. The rather casual pose of the subject contrasts with the more stiffly formal look typical of Dutch seventeenth-century portraiture which had dominated earlier British portrait paintings. An admiration for Italian painting and classical art helped to move British painters away from the somewhat tightly painted earlier style. The influence of Italian travel was very important for Ramsay as he learned to translate the grandeur of mythological and religious subjects that he saw into a look of worldly confidence in his portrait patrons. Carefully drawing ancient Roman statues and examining pictures by the greatest Italian painters of the sixteenth and seventeenth centuries, he also cultivated his skill for capturing a natural likeness. He was able to combine impressive dignity with a lively sense of his subject's individuality, which made him extremely popular as a portraitist. During the seventeenth century Britain had begun to build an empire in Asia (most notably India) and America which brought a power and prosperity reflected in eighteenth-century painting. Some of the most splendid private houses in Britain were built during this time, designed for elegant display and lavish entertaining. Until that time British painting had been rather overshadowed by the influence of foreign, particularly Dutch artists, who were often more successful in obtaining portrait commissions in Britain than British painters. Then a sense of national confidence emerged, and British artists began to express the wealth, luxury and cultural pursuits of the privileged aristocracy. The convincing sense that the subjects of Ramsay's paintings were real people with distinct personalities remains the quality for which his work is admired today. Usually there is a directness and naturalness in the pose and features of the sitter which tell us more about them than is revealed by their clothing or the setting in which they are shown. In this painting the sitter is not a figure of conspicuous public power. As his fame grew, Ramsay would paint the most prominent men and women of Britain, including King George III, who in 1760 appointed Ramsay as his official painter. William Foster was aged about nineteen when this portrait was painted. He was the second son of a well-to-do family, and young enough to have been free from the pressures of family or professional responsibility. This portrait emphasises leisure and musical education, and suggests that the sitter was wealthy enough to be able to enjoy the luxury of intellectual cultivation. The relaxed, aristocratic sense of living well is combined with an expression of mental alertness, and these aspects of the painting provide insights into the aims of British portrait painting at the time, as well as revealing the particular qualities of Allan Ramsay's art. Originally the portrait showed William holding a flute, which was later removed from the painting, so that now only a ghostly after-image of the instrument remains. The sheet music beside the sitter, written for the flute, indicates what previously occupied the space where there is now a line of slightly darker paint extending from the sitter's hand. Close examination reveals traces of the brushstrokes of the flute, especially in the lower left of the picture around the open end of the musical instrument. It may have been removed to give the portrait a more serious and imposing character. Edited extract from: Morrell, Timothy. 'Artwork of the month' (QAG), Mar. 1994. 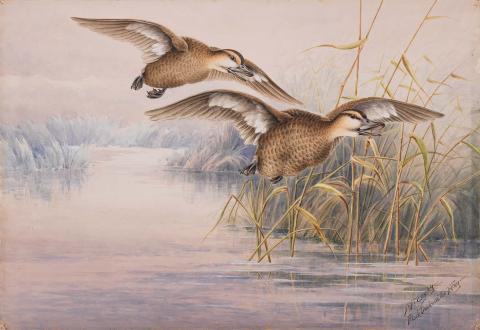 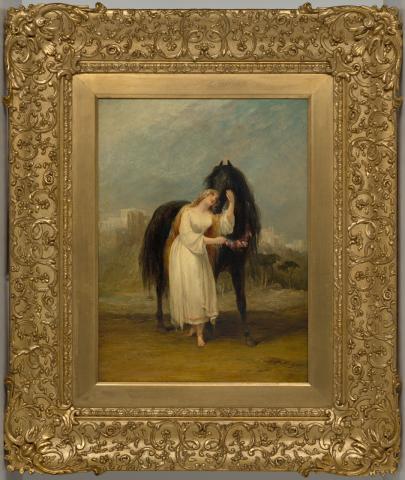 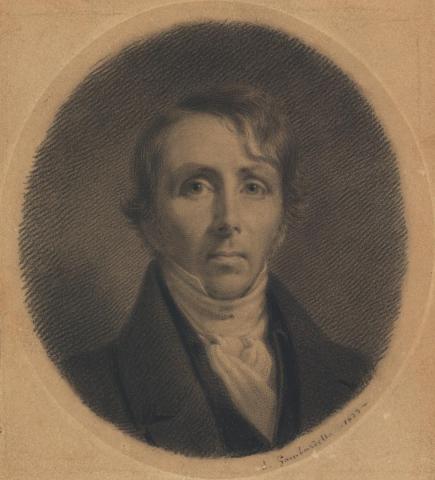 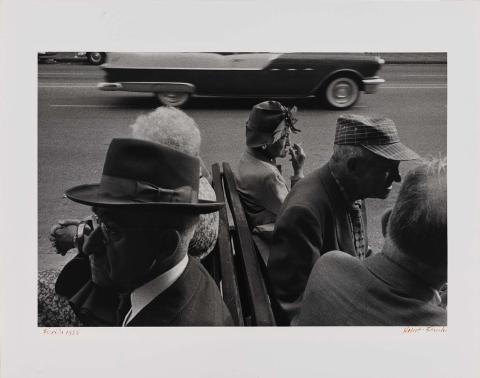 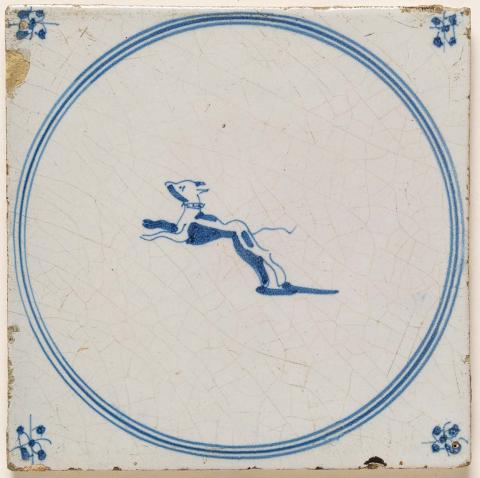