For biographical and background information see Acc. no. 1989.067 'Additional information'. For information on Sidney Nolan's paintings of Mrs Fraser see Acc. nos 1995.134 and 1988.043 'Additional information'. The story of Mrs Eliza Fraser and her plight inspired Nolan over many years. He painted his first series after a visit to Fraser Island in 1947 (see Acc. no. 1995.134), and the second and third series from his recollections, while in England in the late 1950s and the early 1960s (see Acc. no.1988.043). Nolan favoured the use of Ripilon, a commercial house paint, because it was very fluid and permitted him to execute a painting with great speed. In this way, the freshness of his inspiration was maintained. From the mid to late 1960s he also utilised water-based fabric dyes in his works on paper to similar effect. The technique can be observed in this work. The form of Mrs Fraser's body in this painting relates to the dumb crouching figure with its obscuring mass of hair in the Gallery's 1947 work. In the later work, however, the hair falls away to reveal the woman's face. Nolan has emphasised the mythic qualities of the legend of Mrs Fraser by depicting trees growing out of her body. This suggests that her spirit has taken over and enveloped the island which is her namesake. The arching body may also relate to Nut, the Egyptian goddess of night, which Nolan utilised in 1974 for his illustrations of the Ern Malley poem 'Egyptian register'. As Nut's form arches over Ned Kelly and a sarcophagus to separate the world from the unknown, Mrs Fraser's body effectively separates the earth and sky.(1) Essay by Glenn R. Cooke, Research Curator, Queensland Heritage, Feb. 2004. 1. Rosenthal, T.G. 'Sidney Nolan'. Thames & Hudson, London, 2002, p.228. 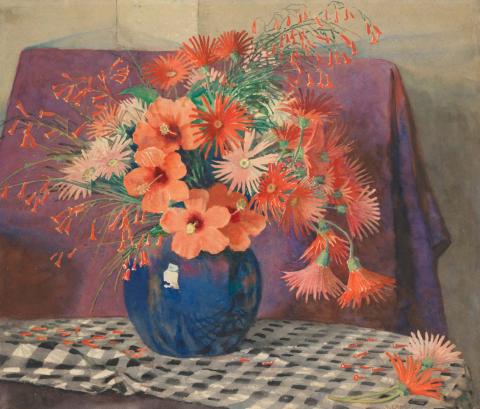 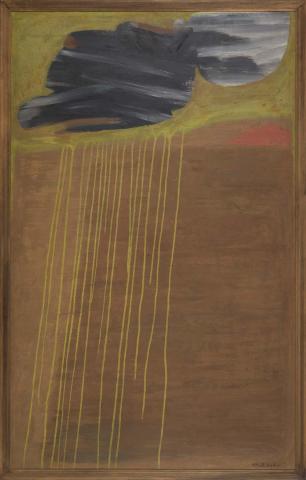 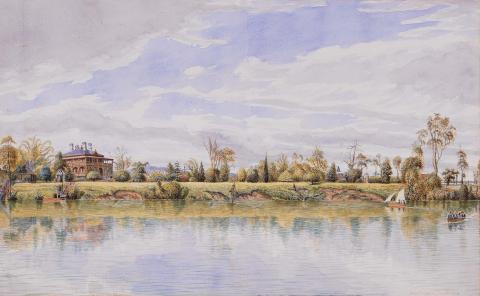 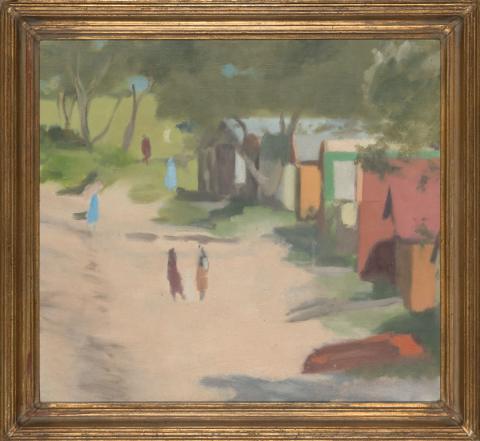 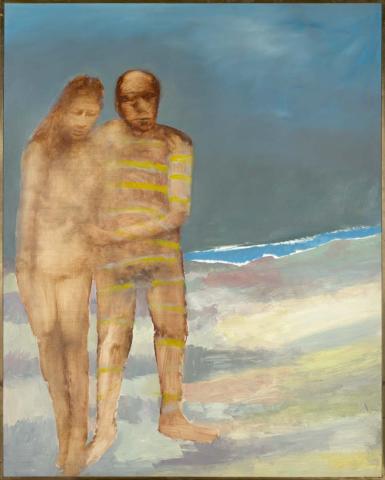 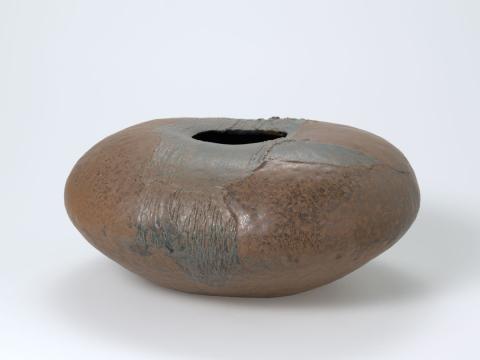