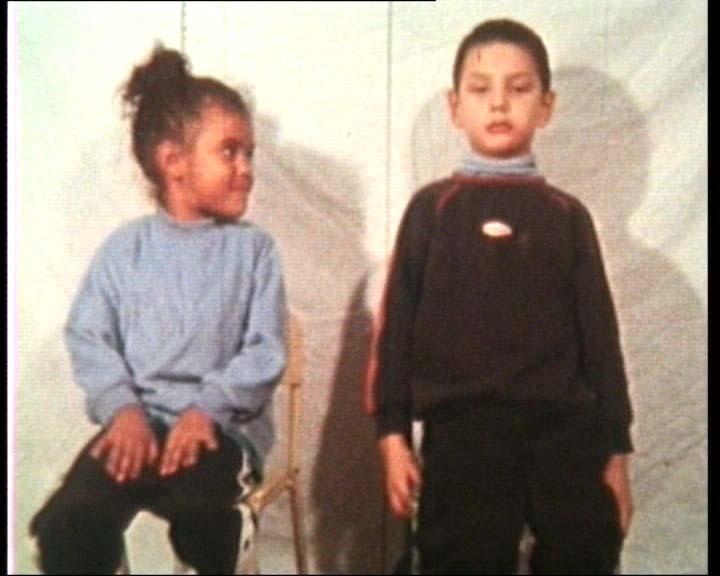 For biographical information see Acc.1995.195 'Essay'. Destiny Deacon is one of Australia's most significant Indigenous artists and was one of two Australian artists invited to the 2001 Yokohama Triennale - the major Japanese international art exhibition in which she showed this work. 'Forced into images' is made up of two parts: a portfolio of ten printed polaroid photographs (QAG Acc. nos 2004.172a-j) and a video (Acc. no. 2004.173). The video 'Forced into images' features two young Indigenous children who are Deacon's niece and nephew: her brother's daughter and her sister's son. It captures their apparently innocent role-playing and experimentation with masks. These children are recorded in home-movie style, in a domestic family setting. Each child blissfully explores but also challenges the notion of a fixed identity, experimenting with character changes, playing with each other and the camera, hiding under a number of different masks. Is this the exploring of a future life, occupation and personal development, or is it a hint of the mask of the author, the mask that everyone wears to some extent? 'Forced into images' was initially made for the Yokohama Triennale in 2001, with the uncomplicated idea of simply making the two children sit together and seeing what transpired. The innocence and virtue of the children found in the video contrast with the rather grim reading of the photographic portfolio of the same title. This film was shot by Virginia Fraser, with Deacon directing. Fraser is an artist, writer and film maker, though she originally trained as a journalist on 'The Australian' newspaper and subsequently received a Bachelor of Arts (Media Arts) from Phillip Institute of Technology, a certificate in Motion Picture Projection from RMIT and a Master of Fine Arts (by research) from the Victorian College of the Arts. Fraser's involvement with experimental and art film began in the 1970s. She began by writing for films, then moved on to curating exhibitions of them, and now she creates films. Since 1994, Fraser has been working collaboratively with Destiny Deacon, producing props, sets, costumes and characters for staged photographs, installations and videos. Some of their other jointly produced videos include 'Crawl' (2004), 'Matinee' (2003) and 'Jump' (1999). Essay by Djon Mundine, Senior Consultant Curator, Indigenous Australian Art, with additions by Chantelle Woods, Project Officer, Indigenous Australian Art, Oct. 2004. 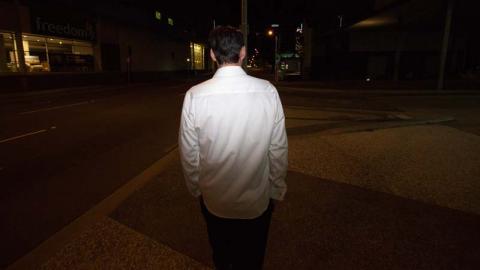 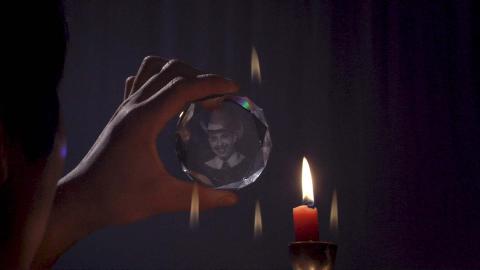 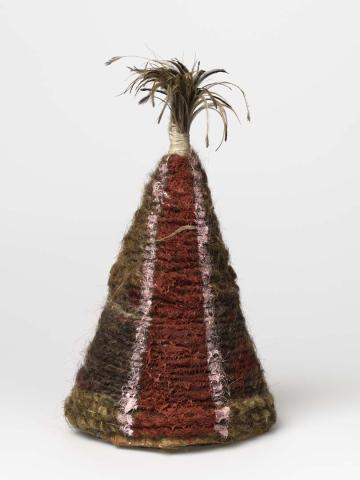