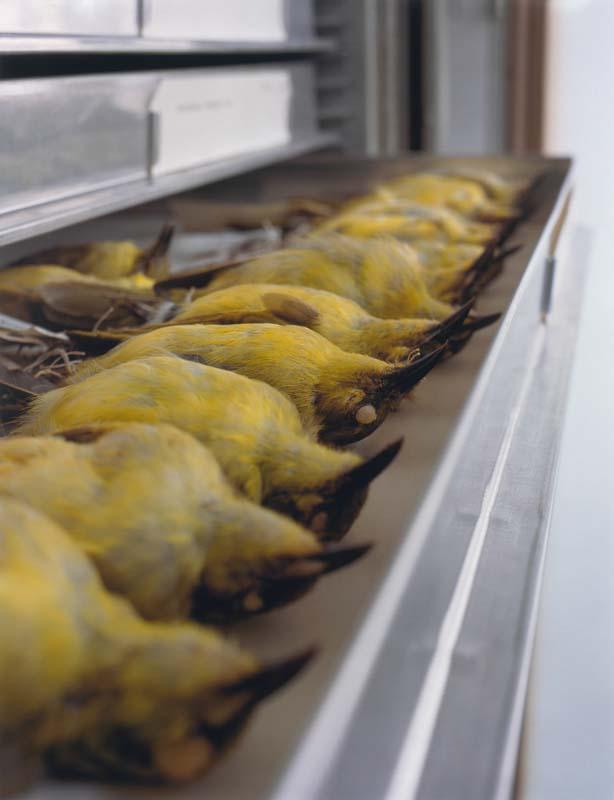 Justine Cooper works at the intersection of art, science and medicine. Internationally recognised as an interdisciplinary artist, she originally specialised in photography but her work now extends across media including animation, video and installation, as well as medical imaging technologies such as MRI, DNA sequencing and Ultra sound.

In 2003-04 Cooper was artist-in-residence at the American Natural History Museum in New York, the first in its almost 150-year history. The 'Saved by science' project made there comprises a series of photographs and a DVD that explores the Museum's extensive scientific collections. For the photographs Cooper used a vintage large-format wooden camera dating from 1910, and recorded the Museum's storage areas as they were being modernised and rationalised. She explored from basement to attic, peering into drawers, corners and cupboards. Museum specimens are framed with the architecture of the collection storage areas and the imposing metal cabinets that enforce order on the multitudes of objects.

'Saved by science' examines how the act of collecting from the natural world is pressed into service to reinforce scientific orders, and how objects collected also accrue cultural and historical value. The Department of Ornithology at the museum maintains one of the largest collections of bird specimens in the world, numbering nearly one million. The birds in Yellow honeyeaters (Lichenostomus flavus) 2004 from Australia, were collected in 1898 by British bird collector and naturalist Albert Stewart Meek. In their regimented lines, the preserved skins of the honeyeaters reflect the global reach of large scientific institutions.