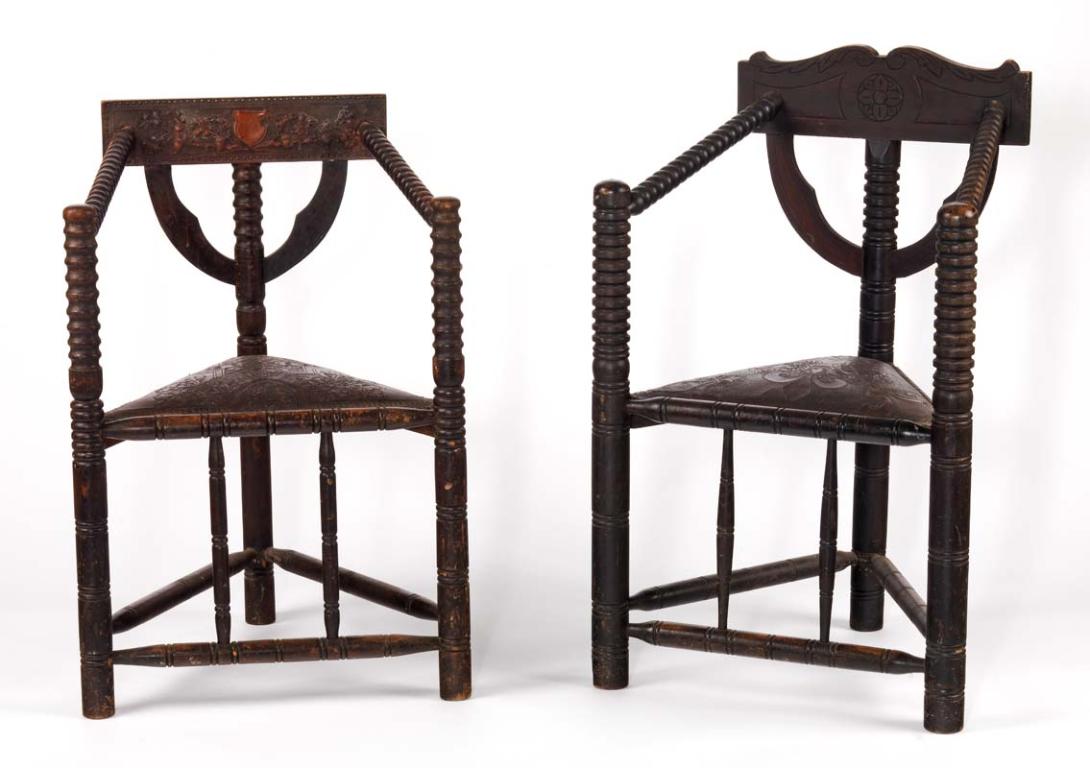 This chair, along with Anna Craig's Triangular chair (Acc. no. 2008.013.002) in the Queensland Art Gallery's Collection, was made in Toowoomba at the turn of the twentieth century and is a striking manifestation of the Arts and Crafts Movement in Australia. The chairs reflect the Movement's interest in simplified earlier styles, as they are based on English seventeenth century chairs.

German born Anna Craig, nee Lubke, was a leatherworker, a highly unusual craft at that time in Queensland she designed the chairs to furnish her home 'Craigmore'. Craig was in tune with international styles as a similar chair by John Starkey in the collection of the Victoria and Albert Museum, London is dated c.1892-1905. 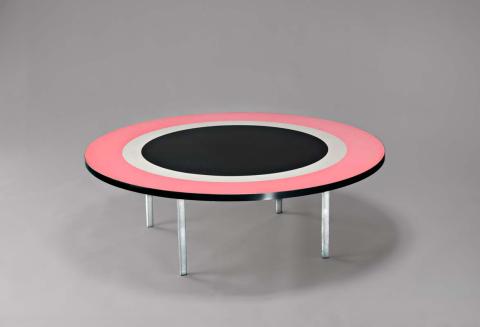 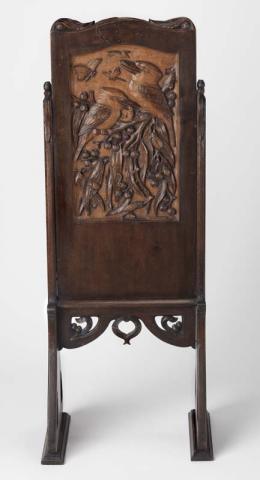 (Screen with kookaburras and landscape) 1931 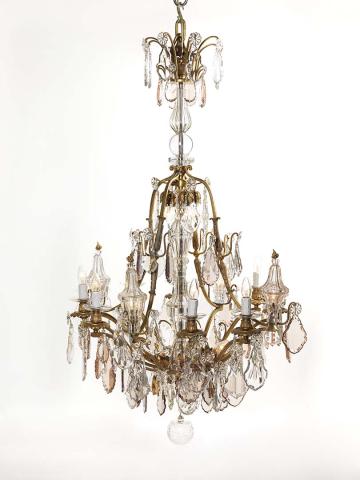 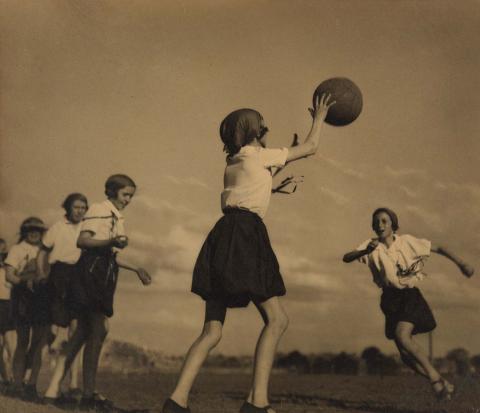 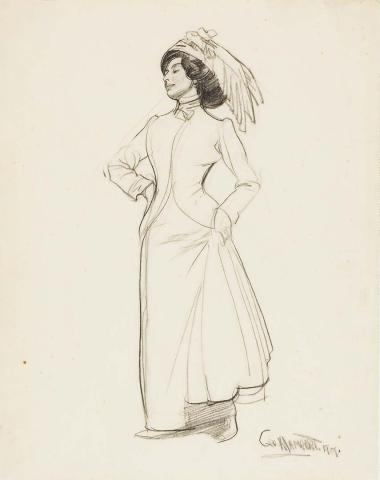 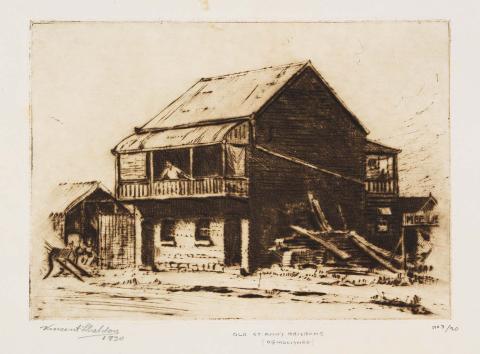