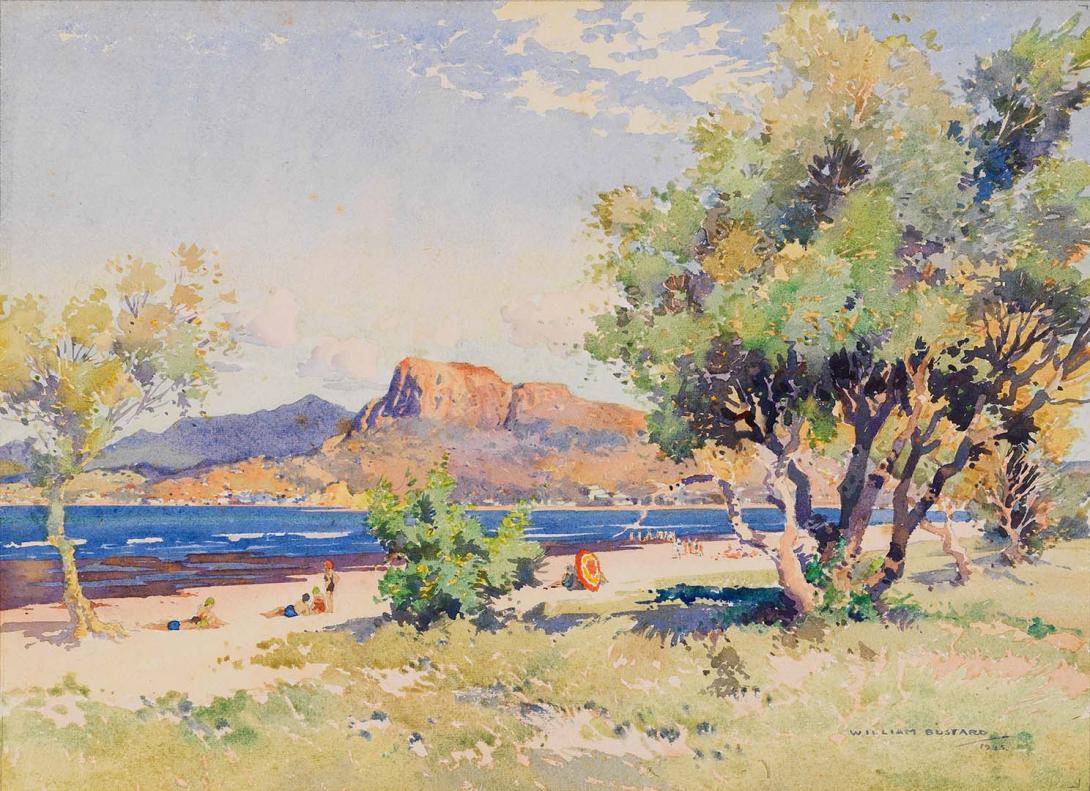 For biographical and background information see Acc. no. 2:1024A.036 'Additional information'. William Bustard was a painter, a stained-glass window designer and an illustrator and was an important figure in the development of art in Queensland from the 1920s to the 1960s. Bustard is one of the most assured watercolourists of his generation and stands in the company of his contemporaries Kenneth Macqueen and Vida Lahey, both of whom admired his work. From 1942 to 1944, during the years of World War Two, Bustard was engaged with the 3 Battalion Volunteer Defence Corps. When he was posted to Townsville in 1943 he worked as a camouflage officer at the Garbutt Air Force Base and his free weekends provided him with the opportunity to paint unhampered. This period saw the production of some of his most light-filled, engaging and freely- executed watercolours. Many of the watercolours that Bustard produced at this time, such as 'Rocky headland, Magnetic Island' (collection Perc Tucker, Regional Gallery, Townsville), were included in his exhibition at the Canberra Hotel, Brisbane in 1945. The major focus of Bustard's work was the landscape which is epitomised by this delightful watercolour. As the title suggests it was painted from the north of the city and was probably taken from what is now the beach-side suburb of Pallarenda.(1) The work is dated 1945, a year after his discharge from the army and suggests that he developed the sketch subsequently or, indeed, he may have made another trip to North Queensland.(2) 'Castle Hill, Townsville, from the North Shore' is one of the most high-keyed and light-filled works that Bustard ever produced. The distinctive profile of Castle Hill is the central focus of the work but is almost overwhelmed by the mass of foliage of the tree on the right. However, the composition actually pivots about the green shrub positioned below Castle Hill and emphasises the small group of bathers and the red and yellow beach umbrella on the strip of beach. Essay by Glenn R. Cooke, Research Curator, Queensland Heritage, Aug. 2007. 1. 'Castle Hill, Townsville, from the North Shore' may be the work titled 'Townsville from Pallarenda' which was included in Bustard's 1945 exhibition at the Canberra Hotel, Brisbane, 9-18 April 1945, cat. 14. The opposite view, 'Pallarenda from Castle Hill', was included in his 1968 exhibition at the Moreton Galleries. Brisbane. 2. Bustard had previously visited the Cairns area in 1935. 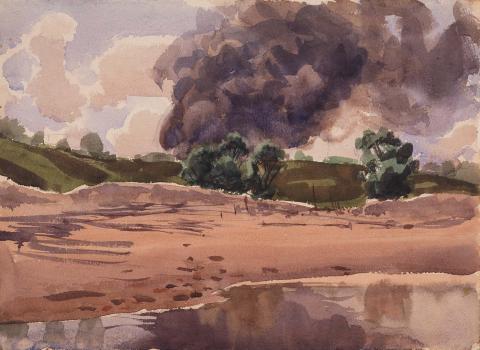 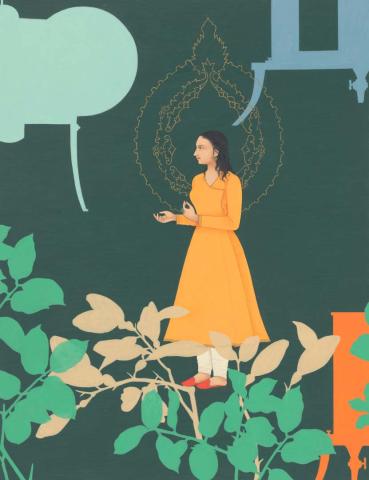 A set of serviceable shapes 2006 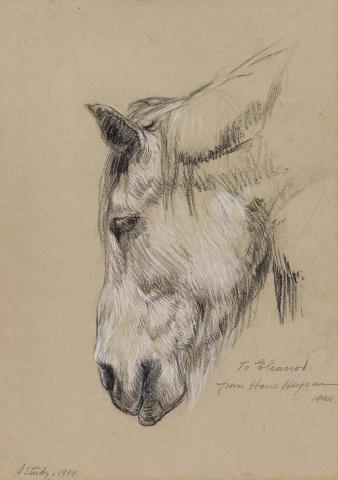 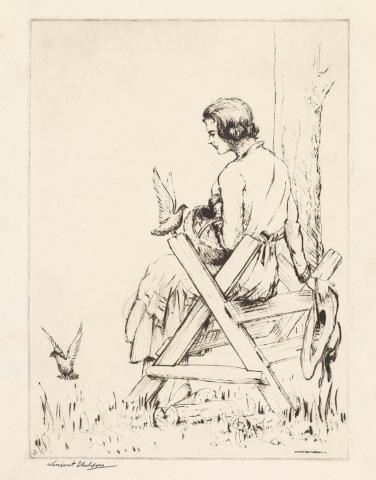 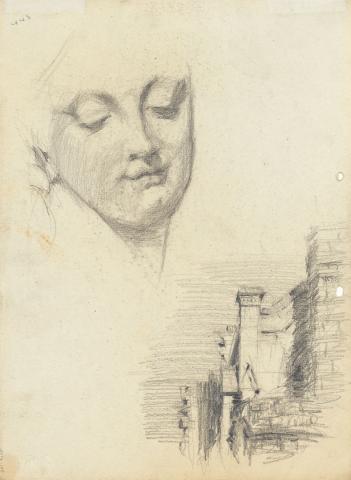