Bush funeral (from 'The Australian sketchbook') 1865 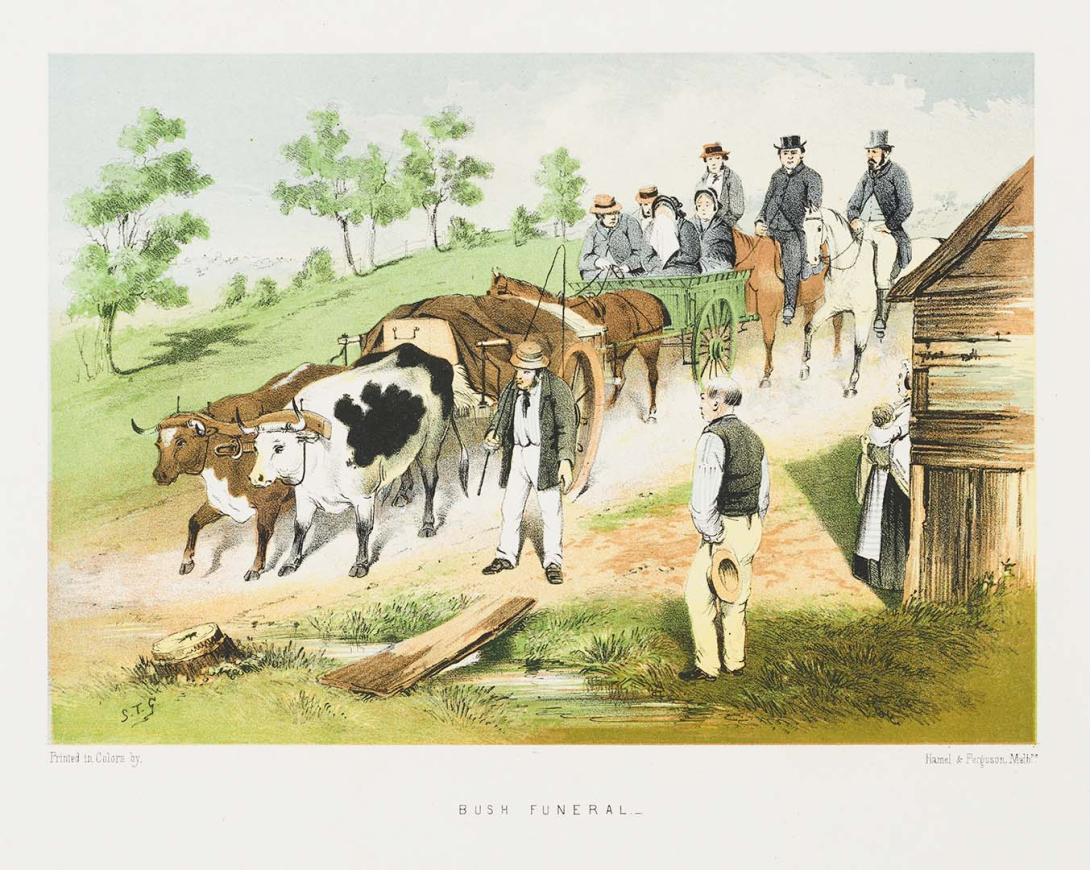 For biographical and background information see Acc. no. 1988.048 'Additional information'. S.T. Gill's 'Australian sketchbook', although not dated, was published in 1865. The lithographs (Acc. nos 2:0503-2:0527, plus cover 2:0528) were produced either from earlier drawings or based on memory. These images chronicle life on the gold fields as well as depicting scenes of rural life and Aborigines. The coffin is on a two-wheeled cart pulled by two oxen. A horse-drawn two- wheeled cart follows, carrying four mourners. One of the women is weeping into a handkerchief. Three men follow on horseback. On the right, a man and his wife and baby watch as the funeral passes their cottage. 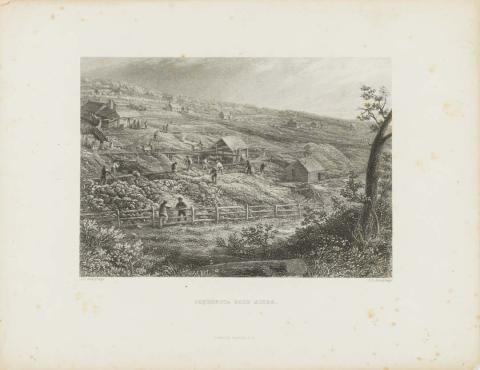 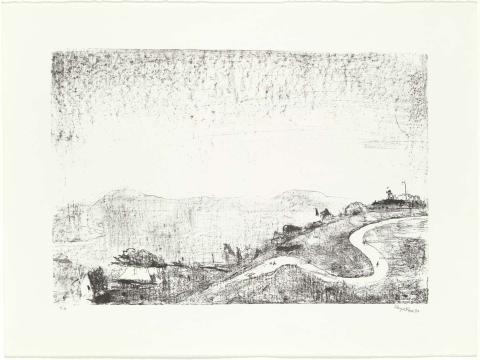 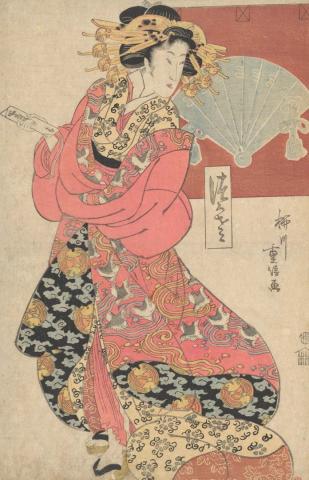 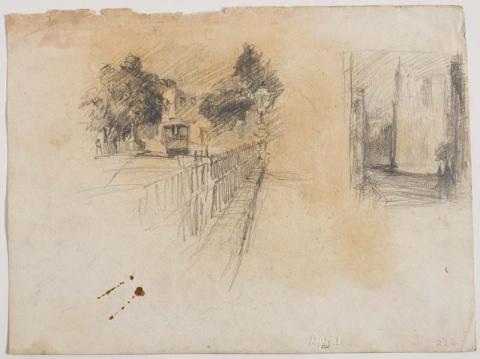 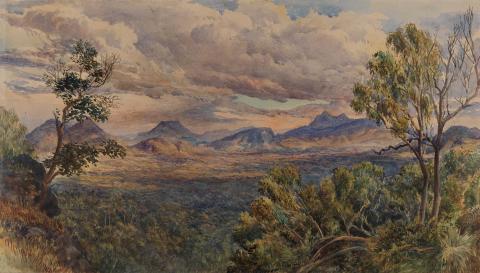 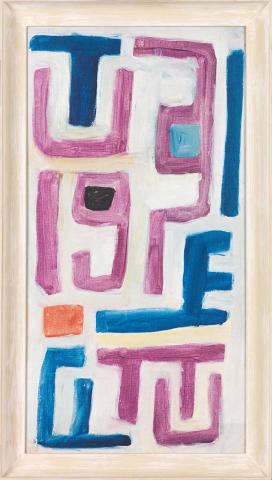