For information on ukiyo-e prints see Acc. no. 1989.015.001 'Additional information'. 'Shun-ei: ukiyo-e painter, print artist and illustrator. A leading pupil of Shunsho, Shun-ei adds a modern touch to the Katsukawa School, as well as a pronounced element of facial exaggeration which enhances the individuality and dramatic force of his actor prints, but which, in lesser hands, was to lead to the decline of figure work in the 19th century. Sharaku and, most of all, Toyokuni, were among those influenced by Shun-ei's style. He was eccentric in behaviour but had a wide circle of friends, among them Shuncho, Utamaro and Toyokuni, with each of whom he sometimes collaborated on prints.' Edited extract from: Lane, Richard. 'Images from the floating world: The Japanese print'. Alpine Fine Arts Collection, London, 1978, p.327-8. This portrayal of a nobleman by a Kabuki actor shows him standing by a stream with a branch of flowering plum, to which love letters are attached. For information on kabuki theatre in ukiyo-e prints from Japan see Acc. no. 2:0964.001 'Additional information'. 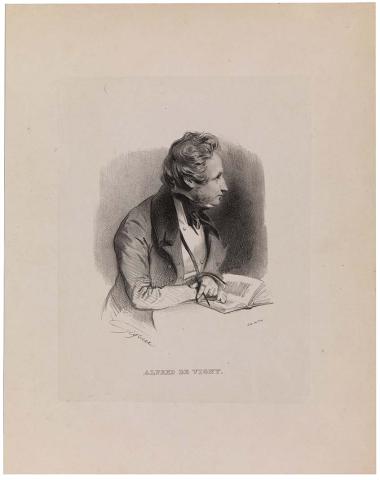 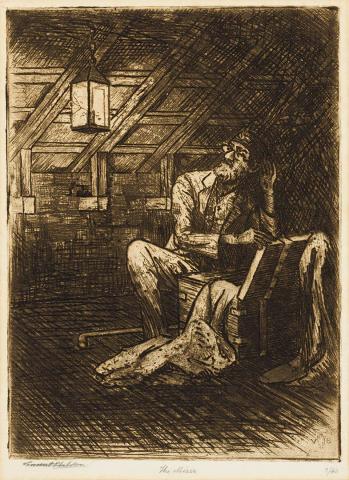 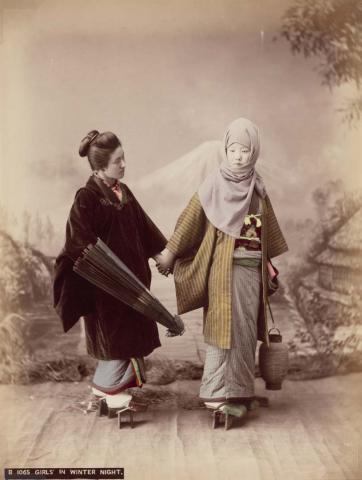 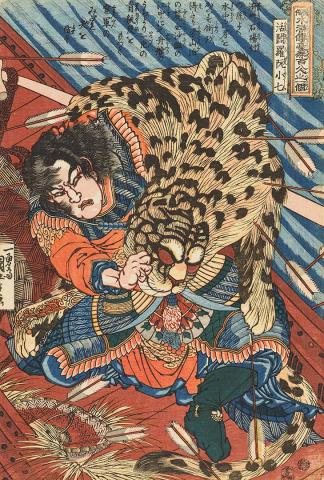 Kwatsuyenra Genshôshichi, in a boat, sheltering from flying arrows under a tiger skin (from ‘The 108 heroes of the Suikoden’ series) c.1827-30 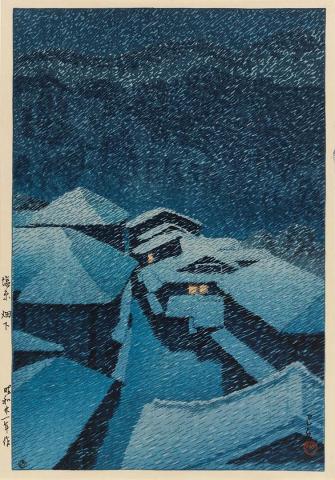