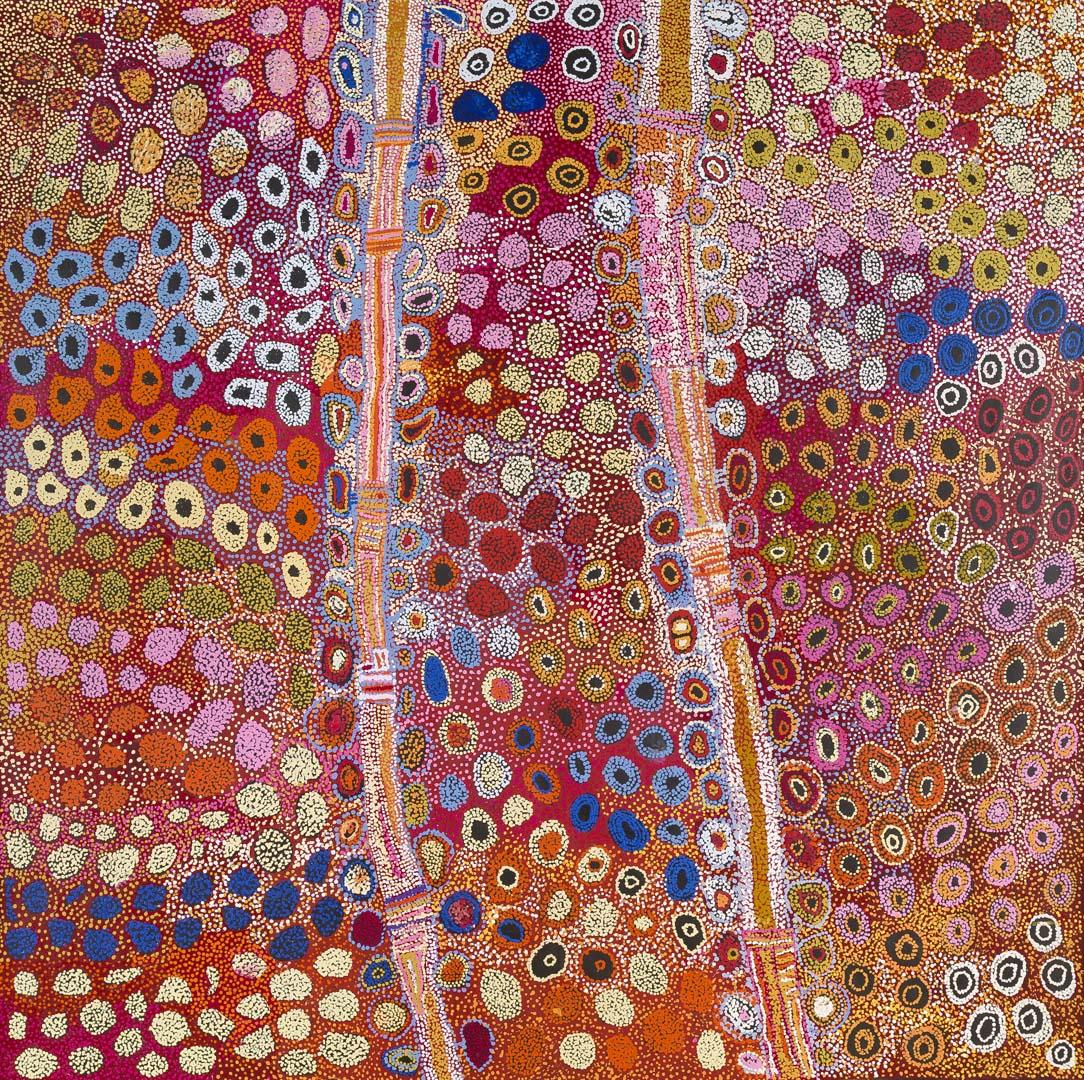 Tjampawa Katie Kawiny is a traditional owner of Tjurma country. Here, she and her daughters have painted the Seven Sisters Tjukurpa (Creation story) about the constellations of Pleiades – the sisters – and Orion – Nyiru, an evil man who wants to marry the eldest sister. Despite the sisters travelling repeatedly between sky and earth to escape Nyiru’s unwanted attention, he always finds them. In an attempt to catch the sisters, he uses magic, turning himself into tempting kampurarpra (bush tomatoes) for them to eat and the most beautiful Ili tree (fig) for them to camp under. However, aware of his magic, the sisters prefer to go hungry and run through the night to avoid being caught. Eventually they fly back into the sky, reforming as the constellation we see today. 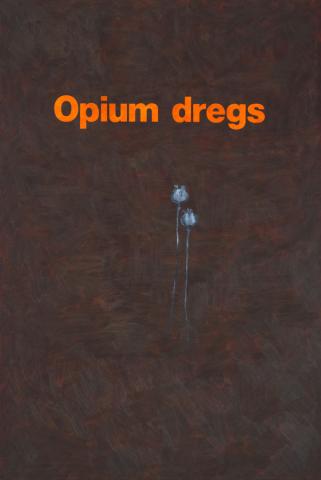 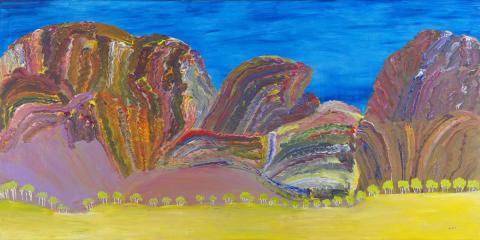 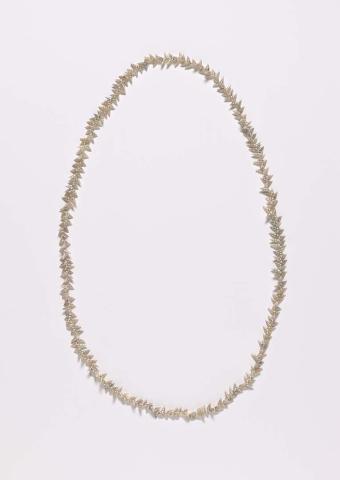 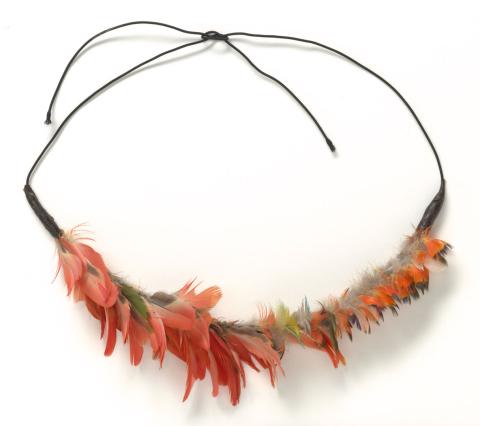