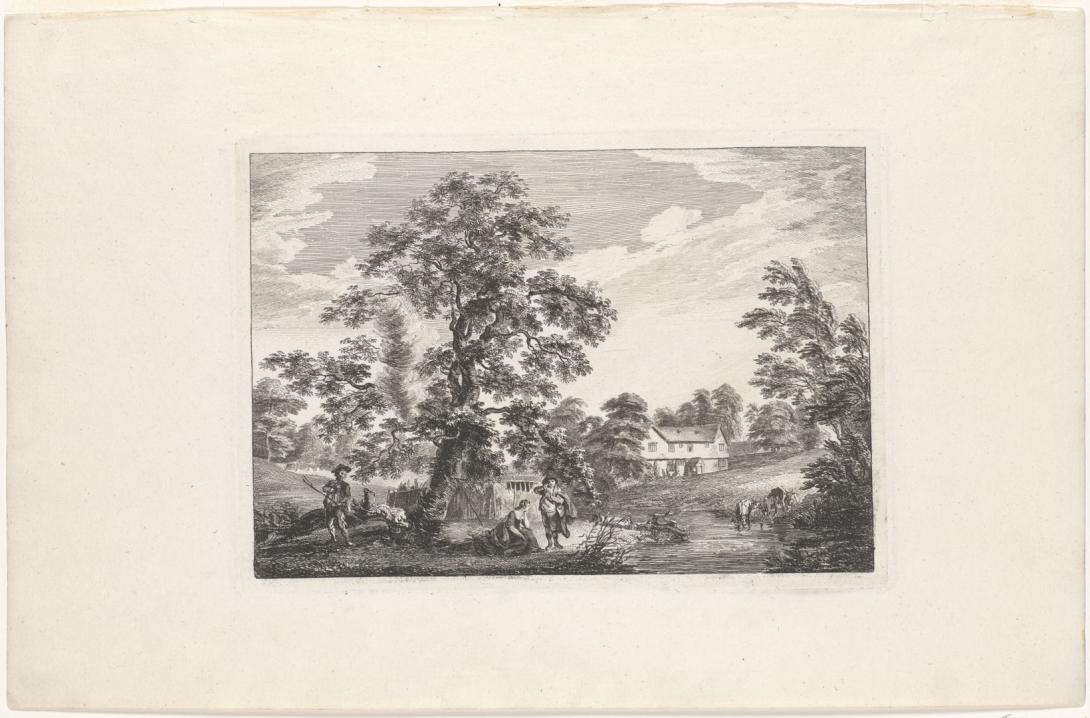 Paul Sandby was an English draughtsman and watercolourist, born in Nottingham in 1725. He had a special interest in topographical draftsmanship, being devoted primarily to accurate portrayal of particular scenes. He is associated with the developments in watercolour techniques, as distinct from the tinted drawings that are first executed in pencil or pen. He went to London with his architect brother, Thomas, in 1747, and then to Scotland working as a draughtsman for the Scottish Ordnance Office surveying the Highlands (1747-52). Whilst in Edinburgh he learnt to etch and was amongst the very earliest English artists to use etching as a creative medium in its own right. He produced prints of romanticised landscapes with figures. Later his works were based on scenes of South Wales, Wales, Windsor and Warwick Castle and later a series on Naples and Greece. This plate is one of Sandby's Scottish etchings and shows the delicacy with which he used the etched line to express his romantic approach to landscape. The work lends itself well to later English intaglio prints in the collection by Turner, Palmer and Calvert. 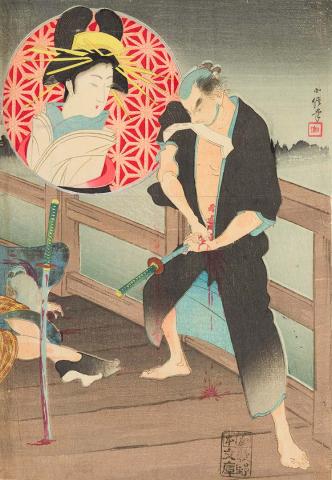 Illustration from a popular novel; a tale of rivalry in love unknown 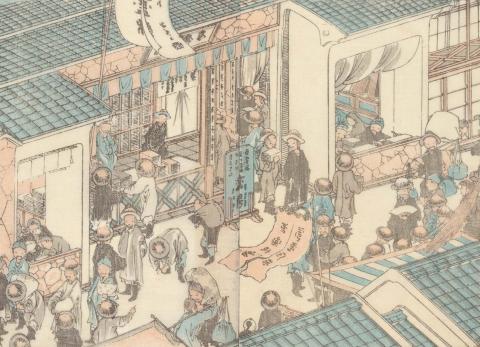 Street scene with bookshop (from 'Hokusai gafu' (A Hokusai album)) 1849 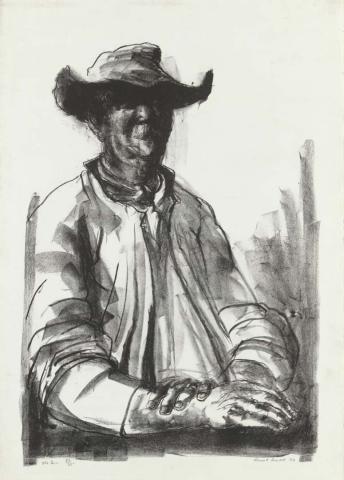 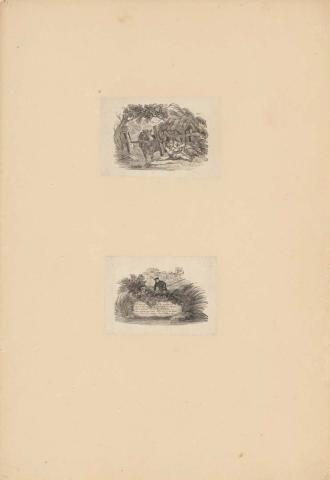 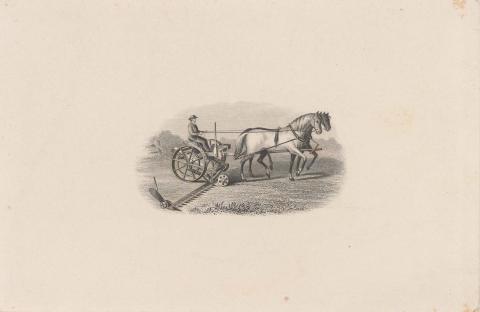 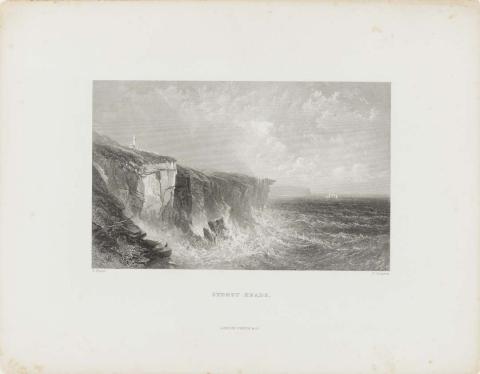